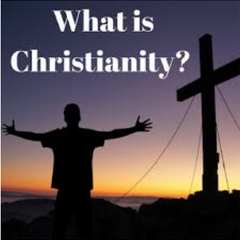 All confusion is spiritual death! This is because we are in a war and are on the battlefield daily even when we are asleep. The art of confusion is the main tactic to render your opposition ineffective. The Body of Christ is the opposition to satan’s works. It is not random or inconsequential that God in His wisdom made the Word in Jesus the center of Power and the lynchpin for Christianity and Salvation. Every leader worthy of his salt will establish a common rally point for his followers. So that there is no confusion! What religion has done which is really satanic in its origin is to divide, conquer, and confuse the Body of Christ. Think about this! Jesus Christ is not a denomination even though if there were to be one it would be Jesus Christ. 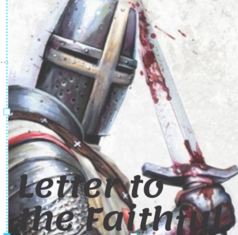 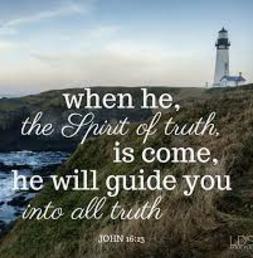 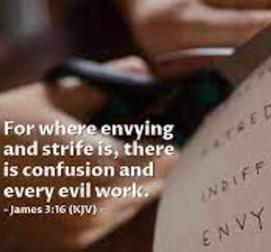 And here lies why there is no confusion in Jesus Christ. Because it is only by God’s Spirit that Jesus was perfect in all that He did on the Earth for the Father. Because if Jesus relied on His strength; the devil’s confusion would impale all He did. Do we see the metaphor of Peter keeping his eyes on Jesus enabling the miracle of walking on water? But the moment he took off his focus the world came crashing down on him engulfing and drowning him into death; and if it was not for Jesus giving him a helping and saving hand; he would succumb. Hence why Jesus is our author and finisher of our Faith which is both the spiritual and physical walk of life in this world.

Consider Abraham led by God to abandon all that gave him stability into unknown territories, unfamiliar inputs, and fearful circumstances. All of these make it ripe for confusion, doubt, and instability. But Abraham kept his Faith alive throughout the journey which is why when one is confused it is the opportunity to use Faith. To become self-aware of our need for God's guidance and have the Holy Spirit reveals to us the Truth of the matter. But by the senses and fear, it is sure to lead us into confusion and dark places like gambling to relieve debt. For when confusion sets in everything begin to overwhelm your mind and then irrational thoughts and decisions become prevalent and all objectivity, perspective, and hope fade and disappears.

Confusion is a distraction used by satan to keep you from God’s will, purpose, and providence in your life. It is used as a gateway for every manner of evil such as jealousy, strife, and covetousness. One of the more insidious types of confusion is the obviousness of facts as opposed to the absolute Truths of issues, people, and especially the Word. The use of gossip is fundamentally the foundation for confusion. This is why it is on the Christian to measure how to speak on and address hearsay, unsubstantiated reports, and innuendos. Because we are called to be Truth bearers and revealers. The prime difference between facts and the Truth is that the former is based on evidence accumulated but the latter is based on convictions. Often facts support Truth but not the other way around. For example; it is a fact that many go to church but it is the Truth that not all are Faithful.

We all have been confused about something but if that confusion remains so do the chains of slavery and by inference so do weakness, timidity, and waywardness as a Christian. One cannot walk in the true image of Christ if they are tossed about as James refers to as the waves in a storm. Jesus painted a perfect picture of when we abandon our Faith and begin to doubt with Peter, who began to sink in the water once he became concerned with the natural and physical aspects around him. This is why the very nature of confusion is anti-Christ and only leads into the paths of satanic influences for destruction and death. 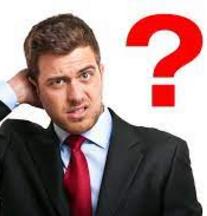 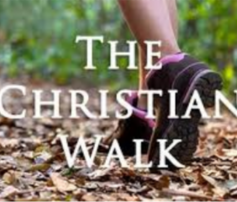 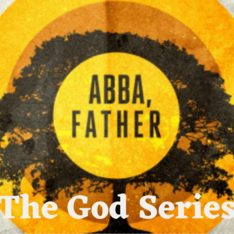 As the Body of Christ, we must not remain in confusion as to our Salvation, identity, and empowerment by the Holy Spirit. For when we build strong foundations in this world it does not matter what storms come against us. For facts, which are based on the physical will often lead to confusion. But keeping Jesus our Way, Truth, and Life will lead us into the Promise land of Eternity with God and not endless regrets around the mountain of confusion.

To be confused about something is not wrong but to have confusion about it is. The difference being the former is self-awareness; while the latter is insecurity. Hence why the Word tells us to seek Wisdom and God will give generously. It is what you do with that question mark in your daily walk that matters. We are not designed to know everything but by the Spirit, we can have the Faith to overcome anything that we face. And because of Faith; by our confession, in that moment of confusion, many issues can be and are resolved. This is often linked with Spiritual discernment. Years ago my wife and I were driving home when a heated argument surfaced as she was driving and we ended up in a potentially fatal accident for me as the passenger side was t-boned by another car. But by God’s Grace, we were protected! Why did this happen and why did I ignore the Spirit’s prompting to turn onto another road just before the accident. We became embroiled in our feelings and flesh which led to destruction but thankfully not to death. In that state which led to confusion because we did not understand, appreciate, and were unable to reason we failed to heed the Spirit. We walked right into satan's trap ending in ramifications that affected us years after.

Today, and after years of recognizing the devil’s tools, I recently faced another event that if confusion was allowed would not be resolved. I faced an expensive car issue and wherever I went to the experts; they were telling me to accept this fact. But in my spirit, it just did not rest easy with what I was being told and in Faith, with the Spirit of discernment I was led to an unfamiliar place and the problem was solved without any issues and insignificant expense. This may sound simple but the point is the natural obvious things of this world are often used to confuse us into surrendering to our circumstances and the general consensus. What it tells me is that Faith removes confusion and will produce positive outcomes no matter how trivial it may seem and this will follow for larger and more complex issues.

The devil is the father of confusion and the more we cling to our rights as a child of God and heir to all of God’s promises is the more we have to be vigilant to satan’s devices to kill, steal, and destroy us and all that God has blessed us with. Many in the church believe they are to suffer; remain in poverty, and accept all their trials and tribulations because that makes them a good Christian. Yet in the Bible, every man and woman who became empowered with the Truths of God’s Kingdom and Christ stopped allowing the devil and the world to confuse their identity, role, and spirit so as to accomplish God’s will not only in theirs but other lives as well. This is the synopsis of Job. That being a Righteous man does not prevent being tested but actually paints a bright bulls-eye on your back and those who you think would demonstrate Spiritual advocacy often are the ones that will seed confusion. But the lone Faithful voice that is not recognized by the world is usually the voice of steadfastness. And once Job cleared his spirit not by feelings but by God’s promises he overcame and triumphed over the satanic destruction and was restored to greater status.