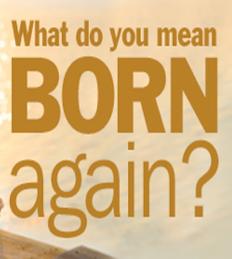 Why did God give them to us for it alone is the prime reason for all the troubles that we face. For by feelings we are in the devil’s zone and he tosses us around like a baseball bat hitting us hard deep into our core. As Christians, it is never prudent to allow our feelings to direct our decisions and reasoning.

Feelings are not tangible and cannot be measured because they are driven by another set of devices that God gave us; the five senses. It seems; God’s image creation is a contradiction in motion. For the very definition of a human is to use these feelings and senses to determine our future. Now, to answer the question that many in the world ask. Why am I made this way? When compared to any peer; we often see what we desire and what we don’t like about ourselves. Because; we feel if we had those desired attributes of another; we would be more successful, attractive and have more worth. We would love ourselves more and completely because we would now feel good about what we see in the mirror. It is very ironic that we judge ourselves from a mirror image as from others and an actual mirror. For both are images of the outer and not of the inner man and is led by the five senses. Like an oxymoron; our acumen to use these God-given abilities is often opposite to their design to make us in God’s very image as Jesus demonstrated. As stated, “for I am fearfully and wonderfully made; marvelous are your works; and that my soul knows this to be true” - Ps. 139:14. It seems the more we use our feelings is the more we depart from the way of Righteousness and the prime reason is our self-image.

Jesus put aside His God-given feelings, especially when it came to Spiritual life or death scenarios and used the Word to overcome, defeat and remain in the Righteousness of God. Here; Jesus once and for all demonstrated what the Body ought to do despite any device the devil tries to use on us to sin. Because He practiced what He preached and obeyed the Holy Spirit; God was able to demonstrate His Power with providence to use the world’s foolish thinking and ways, and show His Glory in several miracles including raising Lazarus even after four days of decaying flesh.

When we focus, feed and receive the Word; we push out and prevent the world’s attack on our feelings to drive us to sin. Feelings of fear, hate, and jealousy drove the Pharisees to convene judgment and deception against Jesus even though the Torah told them what would be the signs of the Messiah including the Messianic miracles. For ultimately, any feeling used in an unrighteous way leads to the systemic problem of the sin; which is pride. Lucifer’s prime disobedience. 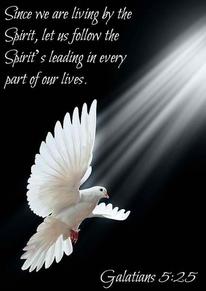 God’s foresight is unquestionable that the gift of free will is used to determine His creations carnal or spiritual decisions that although is for their own satisfaction; ultimately points to who is for God and who is against Him; becoming anti-god. God made us all; the saved or unsaved to sign on the bottom line to choose life or death and witness not by Him but by our peers in the Heavens and also on the Earth. For by feelings, we turn inward for self-recognition rather than outward for servitude to the Body, world, and the Word. The last act of Jesus is not only about putting aside the feelings of His pending suffering, ridicule, and crucifixion but focuses on the Sanctification of His followers saying;  “Unless I wash you, you have no part with Me” - Jn 13:8. He said this to all but primarily to Peter because as usual Peter put his foot in his mouth saying, “No, (Lord); You shall never wash my feet”; because of his feelings rather than allowing the Spirit to lead him in words, thoughts, and actions.

Paul’s main theme that runs through his epistles is about the self-image of acknowledging where we are (were) and working towards a better state of being. A more Righteous being as stated, “That we may become the Righteousness of God” - 2 Cor. 5:21. Most of the church see this ultimate state as having the fruit of the Spirit including; love, joy, peace, forbearance, kindness, goodness, faithfulness, gentleness and self-control; stating, “Against such things, there is no law”. - Gal. 5:22. But how are these fruit determined by the Body in a world that abuses them towards their opposites including hate, depression, strife, bad temper, mean, rudeness, disbelief, harshness, and anarchy? We do this by putting our feelings in their proper place and shutting them down to all forms of unrighteousness.

God gave this command in the Old Testament and Jesus in the New Testament as stated, “meditate on My Word day and night” - Jos. 1:8 and “Abide in Me” - Jn. 15:4; respectively. This is the prime command that when adhered to in all its principles will allow us to be led by the Spirit rather than our feelings including our senses. There is no direction in the Bible from either God or Jesus to use our feelings to determine Righteousness. For when we use feelings to achieve the fruit of the Spirit; it is temporary being built on a weak foundation but by our spirit; the fruit of the Spirit is held even in the most dire of circumstances and situations of our lives.

Jesus demonstrated keeping His feelings in control when He often dealt with circumstances, both physically and spiritually; as stated, “perceiving their  thoughts” - Lk. 5:22; or “she is only asleep” - Matt. 9:24; and most notably His last statements on the cross. Jesus acted without feelings! But doesn’t the Bible says, “He was moved with compassion” - Matt. 9:36 and “He wept” - Jn. 11:35. All indicators of feelings being manifested in action and thought. Yet, taken in the holistic context of who Jesus was, represented and acted. This alone does not confirm Jesus used His feelings to determine His actions, but rather being in human form; He was led by the Spirit to have empathy with others as stated, "For we have not a high priest which cannot be touched with the feeling of our infirmities" - Heb. 4:15. After baptism; it says, “Jesus; led by the Spirit into the wilderness to be tempted by the devil” - Matt. 4:1. That’s like a Christian being led into a brothel; where all manner of temptation would be on the body, mind, and spirit. Jesus knew His feelings of desires would be subjected; yet by obedience, He went to be tempted.