Rather than using the genesis foundations of God's use of words, the west took the many facets of YHWH and summarized Him under one title of God which falls completely short of the infinite dimensions of “The All Sufficient One” limiting our comprehension, appreciation, and intimacy of Him. This is why the Body is told to "rightly divide the Word" which includes words. When we look at how the original word outlines the title YHWH; our boundaries of Him continues to expand. This is the power of words.

Our words must be used for the Truth and Righteousness of God’s Kingdom; to build and edify for a purpose and not be wasted or loosely thrown about without having knowledge of the intent of speaking. For once words are spoken they can never be retrieved and any negative words will require several repetitions of positive enforcement to rectify or cancel them. Any word especially those that paint pictures have spiritual ramifications and Jesus and Paul address this both in action and testimonies. When Peter put his foot in his mouth with words; Jesus had no choice but to declare to him that he would deny Him three times before the cock crows. Peter's words became "Spiritual seeds" the moment they were spoken; because they were spoken in pride and not in humility.

With the rooster's crow, Peter came to the realization of Jesus’ prophesy and “wept bitterly”. Just think for the next three days and nights, Peter must have been a man troubled and ashamed at his denial of Jesus, affecting his Faith with doubt about being called by Jesus; “The Rock” of the Faith. When Peter finally comes face to face with the one he denied; Jesus takes the time not to hash over Peter’s denial but uses words to reinforce what Peter himself felt deep down with three questions and statements that expressed his love for Jesus including his call for the great commission. Jesus led him back into Righteousness with three affirmations to his three denials. Every negative word impact requires at least the same number of positive reinforcement. Each negative misspoken word innocently done or not enacts a negative spiritual impact and is why it is prudent to speak positive or rather Faith words to counteract unfaithfulness and push forward one's Faith. The negative impact is clearly indicated by Paul that we “wrestle against spiritual wickedness” and Jesus commands us to “bind” these spiritual wickedness. We can only bind (fight the good fight) with the use of Faith words from the Bible as well as from the Spirit.

Words are almost as equal to air. For without a common language of words would exist chaos leading to death. God used Righteous words to confuse and prevent “man’s unity” that would be against His will with those at the Tower of Babel by creating different languages resulting in unrecognized communication.

Most scholars and marketers claim that it takes around seven repetitions for people to learn or buy into your message. In other words; it takes seven times for others to process what is being told (sold) to them. This impact is aided by high and deep emotions. It is interesting that the number seven has so much Biblical reference including God spoke seven times when He started and finished creation. Paul refers to Jesus with seven types of titles and Jesus spoke about and to the seven churches of Revelation including things like the seven seals. 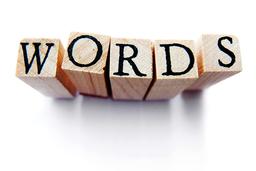 As an example, two common words of "humble" and brag" have different meaning but in this age is combined for "humblebrag" with a secular meaning of someone pretending to be "lowly" with the intent of receiving "accolades"; an acceptable characteristic for those who rant, do selfies for social media popularity. Yet, for the Spirit, this is an indication of the growing usurping against God.

When we respect the words we utter, we ultimately incur self-benefits because they are being treated as seeds that will produce a harvest of a kind. Good words return healthy benefits and bad ones produce ill benefits. It must first start with us with words that edify our self-image which gives us the confidence to uplift others. 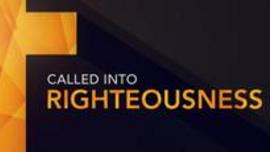 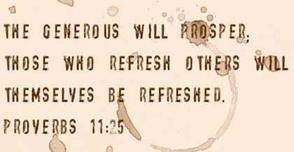 We cannot avoid them even if one was living as a hermit. For they would hear words by their own mouth and with all mankind; in their minds. The words we hear or for that matter see affects us with our permission or not. For words are really another form of pictures that form images within your minds and spirits. They determine every reality and imagination that we participate in. 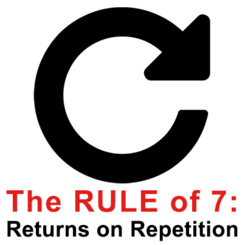 The saying, “A picture is worth a thousand words” may have value but is ironic in that words prolong and generate more words that by the resulting picture(s) give rise to more words. Someone says, "The red car ended in a crash with fatalities" provides a real scenario for us and without realizing it we have a "movie" in our minds of this, instilling in our bodies, minds, and spirits different levels of reactions from empathy to fear to the point some will no longer consider a red car for use. Without a "governance"; words influence and control us.The saying, “Life and death are in the power of the tongue” is more critical to one’s health; physically, mentally and especially spiritually. The tongue produces words that are positive or negative based on the mind of the individual. This is why God tells us to choose life or choose death. Get the mind in right standing with God and your tongue automatically speaks life. The same for a disobedient mind; being on the unrighteous side; it will produce a death tongue. Many still remain skeptical about the words that we hear from birth and yet everyday life cannot afford the loss of words as the prime means of communication. How words impact your dream, vision or purpose is up to us or it will be determined by others who support or oppose these endeavors. 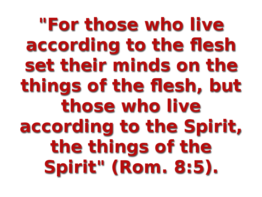 The unity of words is a powerful force that even God has to pay very close attention to. Churches today still allow words to create rifts within the Body where once unified could not only move mountains but even continents for the Gospel and God’s Kingdom. We must recognize the same words used for disobedience is equal in power for obedience to God and the winner will be who by Faith use words for their adamant declarations.
Selah.

The significance is that repetition is used for important and perfect declarations that are meant to order and affect our lives. Jesus tells us to forgive 70x7. By Biblical numbers; this indicates the "perfect command of repetition or completion". The act of forgiving is in the words that by "practice makes perfect" method releases us from the guilt, shame, and chains that would otherwise bind us into sin. The more we engage in this practice; the more our words not only become a conviction but also manifest in our actions; to the point when faced with an adversary; our spirit automatically engages the words of forgiveness or for that matter; Righteousness with words of life. These declarations begin with and end with words that must be purposefully selected to convey a specific message, first to our mind, then spirit and finally to others. For by hearing comes Faith which produces the invisible into the visible. These words of a message become pictures in our brains and ultimately are manifested by our bodies and spirit. Words are essentially seeds that harvest character, confidence and a personal disposition whether positive or negative.

These results produce and are demonstrated in the four typical personalities of a leader (take charge); a detailed (needs order); a floater (optimistic); a laid back (no sense of urgency) personalities usually as a combination with a dominant personality trait. The words we hear either weakens or strengthens us and it is very critical to control what we accept as truths or lies. Words must be used to empower us so that our futures are optimistic; our present is stabilized and the past kept in perspective. Using words to address these time lines may often seem deceptive but when used and done for Righteousness, the Word and the spirit; the results supports and justifies these declarations. God knows our sin but yet choose to see us as the Righteousness of God. The Word is life to all those who find them and health to their flesh is a Spiritual Revelation of Salvation and Christ, but also the words of a secular mind will do the same for their health and flesh. The Word and words are God’s prime means of His Genesis and Revelation declarations because they carry the Spirit of life as well as the spirit of death for those anti-christ pundits. We need to and must learn to respect the words we speak.

We must not confuse this with being egotistic but recognize that with a world filled with negative influences; the Body has to constantly "tend" to their "seed bed of harvest"; the mind and spirit. This is essential for our words to have right standing with God because when they come from the heart and are not said as cliches because of social graces. Words are given power when they are genuine and come from the heart. Often, we hear others tell us “they love us” or “bless you” but they have no real value because the spirit is able to distinguish surface words compared to deeply felt words that impact our very being.

Techniques to use words include self-talk and a positive mental attitude. This is not just a secular contemporary theory but has been a reality of Biblical life. When Abram faltered with Hagar, God changed his name to Abraham which sustained his Faith for Isaac's birth and the potential sacrifice on the altar because his original name only stated the obvious of “exalted father” while his new name painted for him a vision that would be seen in and beyond his life span of “Father of multitude or commonly of nations”. This is also seen with Saul who became Paul which means “humble” and this characteristic is expressed throughout all of Paul’s epistles. The foundation of words is not in their grammatical structures as developed by western cultures but in the pictures, they vividly paint from the eastern origins. Words and pictures are synonymous in the God language and this is not metaphoric but has a direct relationship to how our brains are designed to assimilate, comprehend and communicate to ourselves and each other.

When Paul says, "The eyes of your understanding being enlightened"; he is really saying "The mind gains wisdom, knowledge, and understanding from what they see" which includes words that affect us differently when received either from the mind or the spirit.