It is a command as stated; “you may become the Righteousness of God”. This is why God gave His Spirit when He gave life to the first man. The life of His Righteousness which is opposed to the ability to breathe as in the animal life on Earth. A distinction; where the animals were created already breathing but man’s true nature of breathing life is in direct link to the given Spirit of God.

Jesus was not Anointed by a man but by the Spirit as stated; “the Spirit came as a dove upon Him”. And because of this endowment it is as stated; “My beloved Son, listen to Him”. God can’t say that, unless Jesus the man is reflective of His Righteousness and as Jesus also states; “You see Me, you see the Father”. And hence why Paul with Godly wisdom states; “have the mind of Christ becoming imitators of Christ”. To truly become the Righteousness of God is to look to Jesus; the author and finisher of our Faith for Righteousness sake!
Selah. 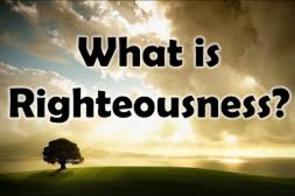 To be Righteous in God’s eye is to be His image just as Jesus was on Earth which includes accountability of what has been given as it reflects with our body, mind, and spirit as stated by Jesus; “To become perfect as your Heavenly Father is perfect”. What determines this perfection while we are on Earth? God is not moved by outward displays as Jesus criticized the Pharisees for doing but as stated; “God sees the heart”.

It is by the heart are we made perfect with the Grace provided onto Righteousness. What we do with the inside aspects of our body (heart), mind (thoughts) and spirit (Word) makes us the Righteousness of God as stated; “from the heart come the issues of life”. This life is to be a reflection and reality of God's own Righteousness.

Some in the Body fail to steer each other onto Righteousness as stated; "encourage one another daily, so that none of you may be hardened by sin’s deceitfulness"; instead focusing more on repentance, charity and giving; all of which are important as a part of becoming Righteous but missing the mark as set out in the main commandment and as reiterated by God through Jesus as stated; “Honor and love God first”. Of which all other commandments, decrees, and works rely on, and is reinforced by and supported by this prime foundation.

It is a corrupted heart of jealousy which is ultimately pride! That is to seek its own vainglory and self-righteousness! The right kind of Righteousness God embraces is one of an heir’s nature. This must not be confused with the servitude nature of a slave’s mindset as stated; "as long as an heir is a child, he is no different to a slave". A true servant of God is neither ignorant nor incapable of fulfilling God’s directions but by Righteous obedience of wisdom, knowledge, and understanding; he is an heir and extension of God's will.

How do you know you are God’s Righteous servant? By not compromising His commands, decrees, and laws. These apply equally and equitable to the body, mind, and spirit. Equal in the sense that you can't say you love your neighbor Righteously as yourself, if you do not attend to the needs of your own body, mind and spirit before attending to theirs as stated; "first take the plank out of your own eye, and then you will see clearly to remove the speck from your brother’s eye". By this; you are able to judge, evaluate Righteously and objectively. For you cannot give what you do not have. Equitable in the sense that there is a proper order of your person where the spirit requires priority over the mind which takes precedence over the body. Why? Because ultimately we are designed that way; where the mind follows the spirit and the body follows the mind. And the spirit of man is made Righteous by following the Spirit of God as stated; “How be it the Spirit comes to reveal all Truths”.

Without this proper alignment, it is difficult to maintain the Righteousness of God and it results in a hit and miss ministry to ourselves, the church and ultimately the world. We are referred to as a candle or lampstand throughout the Bible where both were constantly filled with oil to maintain their brightest light being administered by a priest due to the fallen nature. This fallen nature has been redeemed and no longer exists since Jesus’ Blood declared that there was no longer a separation as stated; “the veil of the temple was torn”. So instead of an ordained priest having to refill, reiterate and remind the Body of the promise of restoration; it is by the Holy Spirit Anointing that feeds the candlesticks to become and remain the Righteousness of God in this world. 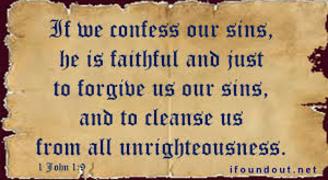 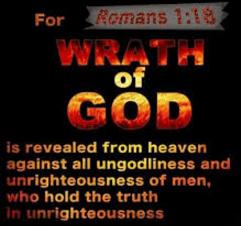 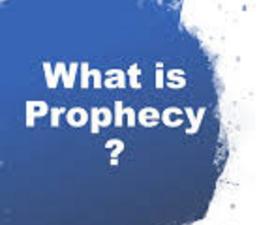 Not if you remain stubborn and carnal to stay in unrighteousness and never improving onto Righteousness as stated; “I (God) swear because of their unchanging ways they will not enter the Promise land”. Some say; “that's for the Jews”; yet God says; “I never change”. If God was this adamant with His chosen people; don't you think He will be even sterner to His adopted people? For God states; “I will not be mocked for what you sow you reap”. 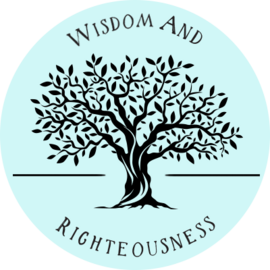 The proponents that say God is unfair and self-serving are themselves non-producers of anything but rather they are political, corruptible and thieves. They; as Lucifer seek to take by force all that God by His Glory has created and when denied; only to destroy as stated; “the thief comes to steal, kill and destroy”. What is the bedrock of an unrighteous spirit? ​

God’s very nature is Righteousness! Of having no compromise in His purpose, passion, and predisposition in all He does which is ultimately providing life by the Spirit for His Kingdom. You can’t be unrighteous in a Kingdom that requires and is supported by the pillars and framework of Righteousness. This is why once man answered God’s call after the fall through Abram; God puts forth His ultimatum as stated; “Choose Life, or choose death”; and then at the end of this Age of Grace; He states; “because you are lukewarm, I will spit you out”.