God needed His chosen people where He could begin the restoration of Adam's betrayal. He wanted the foundation of His image established for His purpose. Instead of a direct route, He long suffered them for forty years until most of that original generation died out and a new one was established. All the while this is occurring God is laying down the law and commandments of the new peoples before they reach the Promise Land. His expectations are met by His new people because of the new laws, commandments, and identity. God knew and orchestrated the outcome before He took steps to address the problem.

True Godly wisdom is not random or flippant but is designed to be steady, unwavering and beneficial fulfilling God's declaration to us of; "thoughts of peace and not of evil, to give you a future and a hope". And just as Faith; it requires our deep desires to seek it out wherever it can be discovered; and by this fulfills yet another one of God's promises which is providing us with the Holy Spirit to reveal all Truths or rather Knowledge in every circumstance that we face; or rather every wisdom in times of uncertainty

A profound example of this is the creation of man. God could have imprisoned Lucifer and his cohorts after their rebellion and that would have ended any future tribulations. But God in His wisdom positioned the man to be His prosecutor against a superior Angelic being. This to demonstrate His omnipotence over the very creation of His hand. The foundation of man would be the one to fly God's banner of justice and Righteousness. There would be a process whereby God and His Faithful are long-suffering. And there would be the expected outcome which is the ultimate imprisonment of Lucifer and his cohorts. Ultimately, reinforcing who is the potter and who is the clay.

True Godly wisdom knows the outcome before any challenge presents itself to the immediate problem one faces. Although it seems to be Faith; it is not. Faith is an action while wisdom is an attitude and aptitude fed by the Spirit of God. The Book of Proverbs makes this clear that the wisdom of God’s commands are to be acquired and treasured saying; "Bind them continually upon your heart, and tie them about the neck". True Godly wisdom is to be earned because it is a precious and often fleeting resource if it is not treated with the Righteous respect it deserves. It is literally God Himself advising you! 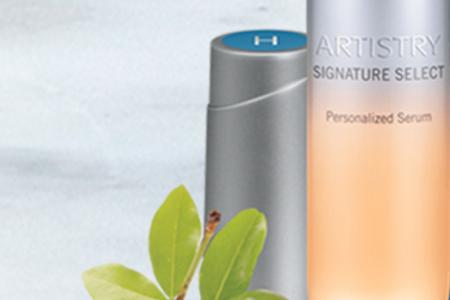 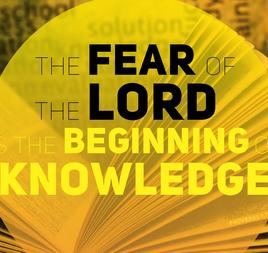 This Righteous wisdom is not meant to be a suggestion or an opinion for a choice. For it only directs one to a Godly Life and not a satanic death. By ignoring the right path and taking the wrong turns in life; many have found themselves in irreversible dire straits that only domino into progressive trouble until they are neck-deep in a dark and unrecoverable pit of despair. The Christian cannot afford to take God’s wisdom for granted as we ought to know that the enemy will do anything to kill, steal and destroy him to the point he curses God and dies into the everlasting fires of death. Job reveals that without keeping Righteous counsel; not from man but from God; life in this world can be fatally miserable and torturous.

For when Godly wisdom is displayed in our spirit first; then mind and ultimately the body; we become not only that light to the world in all aspects of our lives but we are that tree that withstands all manner of wind, rain, and quakes providing strong branches for those in need and ready to hear and receive the Word of Salvation. 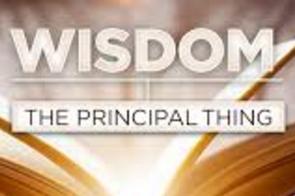 When you make the result in line with the will of God then work backward for the wisdom required to achieve the end goal; keeping everything within a Righteous framework then the Blessings and favors of God will align the natural for supernatural coincidences to occur for the desired results including God adjusting your plan with His Holy Spirit. It is God speaking to you for His purpose in your life.

When Jesus appeared before John, He says; "Baptise Me for now" as John protests that it should be the other way around. But by this reversing of the Old Testament law, John is applying Godly wisdom; for Jesus did not need repentance. But by partaking in the water repentance; Jesus sets the precedent and re-opens the Anointing commission by the Holy Spirit. God's wisdom to Jesus and then to John is identifying the desired result which is for the restored man to be God's representative for His Kingdom on Earth, as was done in the Garden of Eden. Jesus is returning for a Glorious church. The work of which is being done by the restored man.

Here again, is wisdom for this foundation. Man's absconding his authority resulted in the curse. Therefore man's symbolic repentance and rebirth by water become the first step to retake the authority. Through the process of long-suffering and the Blood of Jesus; man has the restored authority to fully act as the true image of God to be fruitful, multiply and take dominion. When we act and do as God intended for His Righteous image; then our expectations for peace and prosperity in all things; including health, family and wealth will be only a matter of time as wisdom tells us by John's pen; "to be in health as your soul prospers".

With Godly wisdom, we are able to thwart the enemy traps frequently set against us whether in our job, family, friends, and Blessings. It is called having foresight which comes with developing a proper, respectful and intimate relationship with God directly or through the Holy Spirit and by rightly diving the Word; as opposed to hindsight which only provides lessons on regrets and disappointments. Not every book of the Bible speaks about having wisdom but is it just coincidence that the Book of Proverbs (wise sayings and stories) is dedicated to attaining, applying and keeping wisdom so much so that there are thirty-one chapters. A chapter a day for most months of the year. 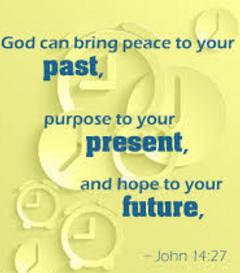 Without the true wisdom of God and not of man; the Body of Christ as James says is; "like a ship tossed to and fro in the seas of doubt". For without Godly wisdom there is a wavering of one's Faith in all of God's commands, decrees, and laws. This wisdom is linked and akin to the Spirit of Discernment but whereas the latter is dynamic in nature; Godly wisdom is more foundational, long-suffering and has expectations.

King Solomon was known for his wisdom in many areas of concern. Yet; he failed to heed basic common sense wisdom when it came to his flesh and wives of pagan nations resulting in God withdrawing His Blessings from him or rather His wisdom to the point Solomon's kingdom suffered. He started with a Righteous heart but ended up with an unrighteous one because he took for granted God's Spirit of wisdom. No doubt throughout his marriage to all these wives, wisdom was crying out only to be ignored. The qualities of the Godly wisdom is never about the satisfaction of the flesh but more about the impact of a sound mind and spirit that is influenced by the logic and benefits of delayed gratification and the right standings of discipline including vision that provides for measured decisions benefiting the building of one's peace and prosperity. 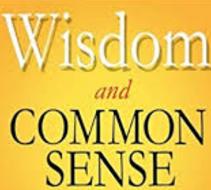 True Godly wisdom is the first to sound the alarm when by our intentions or ignorance we or ours is placed in a trap set by satan. Understanding this and appreciating this alarm keeps us on the Righteous path God has preordained for us. First, it is foundational! God established man His heir as priest, administrator, and judge. Secondly, it is long-suffering that we remain visionaries not only for His Kingdom but for each other. Last and third, is to stand in Faith for the promises of an expected end God has declared. When we use these three pillars whenever a trial or tribulation presents itself and act from these points of reference; all fleshly fear dissipates strengthening our resolve, tenacity, and fortitude to overcome and have Victory. By using Godly wisdom and walking in Faithful action we are surrendering to God's plan, purpose, and perspective on every decision, desire, and deposition we have; placing and putting on Him the responsibility and obligation for our present and future.

The life of Jesus is a reflection of this Godly wisdom saying; "what I (Jesus) do and act on is from My Heavenly Father". This was not because He is the Son of God but because He walked by the Spirit of God as the son of man. A distinction reserved for only men and not Angels. This is a revelation for the Body of Christ! In that, an Angel by virtue of their calling are not supposed to weigh the choice of good or evil. But by the type of wisdom applied by man provide the means, and solutions to the man's problem for which Angels are charged to act upon. This debunks the excuse of; "the devil made me do it". Because what satan does is to present immediate satisfaction based on carnality. While God provides decrees that are designed to stem these carnal reactions. God's promise is for a wise and sustainable future, while satan pushes short term satisfaction and an unsustainable future.

A common proof of this is when a person by Faith declares a need or want and the result is close to but not exactly what they hoped for. Why? Because true Godly wisdom demands to be applied under the three pillars especially when it comes to the expectations. The more specific declarations of Faith; the more Godly wisdom seeks to provide the steps towards the ideal solution. A classic and common reality of this is love that is unequally yoked. No matter how much love there is between the two unequaled yoked; in the long term, it will disintegrate. Unless common ground; being equally yoked can be forged for the long term; the relationship will be in a constant state of turmoil. A marriage under God's example of a covenant is not sustained by love but by commitment supported by wisdom. This is the story of the Exodus. For God; love is wisdom! Wisdom for His Throne, Kingdom and image. All of which He loves.