When Saul believed in the law and went about persecuting Christians; he sought after the truth. But when he was confronted with the Righteous truth of God; he had to acknowledge his mistake and proceeded to adjust his version of the truth with his conversion to Paul. This Righteous truth led him to become the most known apostle of Jesus Christ.

PSA has three components to it; two of which are conditions and the third our attitude. Firstly, the Spirit of God does not work without Faith; this is the positive condition. The Spirit is what will carry you despite any trial or tribulation of the purpose, vision, plan and action for your life, and has to be Righteous. This is the second condition. The attitude component that is used will determine how high or low, filled or unfilled that you succeed at. When the twelve went to spy on the Promise land, only two came back with the attitude of taking the land, despite the “giants of the land”. The ten eventually died, but the two was sustained for forty years to enter the Promise land and enjoy its reward. They kept a Positive Spiritual Attitude.

A Positive Spiritual Attitude is simply Faith in action and is applied as follows.

Tenacity - The act of determination. If you believe in your cause and it’s Righteousness; then nothing physical or spiritual poses a hindrance to its achievement. In fact, these ups and downs confirm your purpose and vision; and become a right of passage to the Victory that awaits you. Tenacity is either a natural or learned (revealed) state of mind and when not used to sustain the journey can result in loss of the Blessing benefit. This is why it is said when it seems the hardest to hold on and bear the challenges; because the reward is probably at the end of that difficult period. Paul refers to this attitude as running the race to win knowing the reward is waiting for you. Jesus had to have the tenacity to see through the horrible pain of the crucifixion; to receive His now Glorified body and the seat at the right hand on the Father.

With a Righteous attitude; a Positive Spiritual Attitude, nothing can be withheld from you because you are putting the Kingdom first and everything will be added to you. It may not occur in the time frame you prefer but God is Faithful to give you the desires of your heart because of your delight in Him. All that is needed is the discipline to see things through. God and His Kingdom is one and cannot be separated; parcelled out or segmented by our minds or spirit. 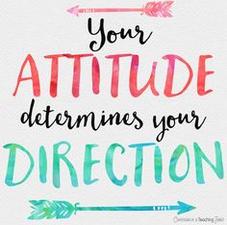 When Jesus walked on the Earth; His attitude had no divisibility to it but was displayed in every stance, word or action that He took; because He reflected the one and only attitude that matters and that is; I am created in the image of God.
Selah. 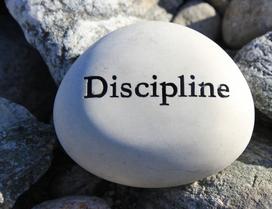 When Abraham was told that God was about to destroy Sodom and Gorromah and its people. He quickly reasoned or we can say debated with God if a certain amount of people was found to be good; then God would not destroy the cities. God was willing to accommodate his request. Abraham was applying PSA. Religious thinking will tell you that this is ridiculous and that you cannot influence God. God states; “let us reason” and “come boldly to the Throne” are clear indications that we can talk to God about His plans, thoughts, and actions. But we can only do this with a PSA and a clear appreciation of Him, His Throne and the Grace available to us.

There is one thing that determines the level that we attain in life and that is the attitude we display. Attitude can be considered to be like a balloon and depend on the amount of air in it reflects the approach to life we have and how fulfilled we are. Is the glass half full or half empty? It will either negatively or positively impact our outlook of life. 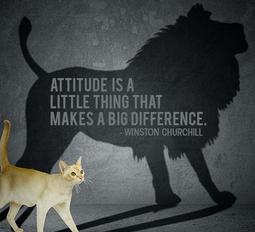 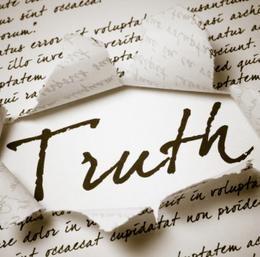 Many secular teachings talk about having PMA - Positive Mental Attitude; and where there is truth in this it falls short in that it may cause you to ignore negative aspects of your life that prevent you from receiving the working of the Blessing. It’s as the Bible states, that even though you may have the Gifts of the Spirit and Faith to move mountains; without love; you are nothing. Unless we have a holistic attitude to our Christian Walk; we have not come to the full Righteousness of God. Now having a positive outlook, being optimistic is way better than having a negative, pessimistic one. But we don’t hide the negatives. We address and confront them. PMA is good but having a Positive Spiritual Attitude (PSA) is better and places us onto Righteousness.

Knowledge - There is no growth with the same experiences. Knowledge is gained from Wisdom, Knowledge, and Understanding, including Revelation of the Word. It is also gained for the role God requires of you; such as mentorship, communications or laying Spiritual foundations. We have been called for a purpose that requires a specific skill set that are to be applied and led by the Holy Spirit; commonly known as the Fruit and Gifts of the Spirit; not only under the five-fold ministries but especially at the “helps” ministry. The outer or visible parts of the body are nothing without its core, which is the heart, the non-visible part of the body. This is where true servanthood occurs because there is no obvious status or platform to do this area of ministry. It is also the greatest level, where relatability is found and empathy can be more appreciated. The reward received in Heaven will not be based on one’s position but on one’s Righteous contribution to the building of God’s Kingdom here on Earth. Jesus did not give any great oration motivation or spectacular miracle but reflected and did two acts of servanthood before and after taking the cross. The first, by example, was to wash His “servants, support, apostles, followers” feet at the last supper. The second was to declare the “great commission”; to deny oneself for the Salvation of others; a metaphor of his sacrifice on the cross and His entire ministry. Righteous knowledge only prepares you for one thing, which is God’s will; that all be saved.

Awareness - All things work for those who are in Christ. There are no coincidences on the journey of the vision you may have from God. The journey towards the vision is broken down into seasons which are God’s way of preparing you for the responsibility that comes with your purpose. Someone may reluctantly learn a skill like French but never see the connection to their life. Then through a series of seasons, they are placed in a position for a specific ministry that requires them to speak French. Awareness sees the connections and more importantly knows that nothing gained will be a loss or waste of time and effort. This is Joseph’s story in a nutshell; that despite being ridiculed by his brothers, sold into slavery, placed in jail; he was placed into an appointed position to save God’s chosen people. This attitude allows the individual to put complete trust in God as the master chess player, orchestrating their purpose of life.

Veracity - Righteous Truth is all that matters which includes facts that aids or affects our journey. Success is not a destination but the journey that shapes your character into becoming someone that others look to and rely on. The truth of God’s will is that all men and women are called to be his sons and daughters of the Kingdom with nobility, leadership, and spirituality. For these characteristics are reflections of God’s image that He made us in. Wanting the truth is an attitude of winning because it is standing on honesty that provides insights into what is required to be added, dropped or modified in order to succeed along the journey.