​When David was selected by Samuel to be Israel’s next king; his demeanor must have drawn some whispers, looks and frowns from those of status. After all; he was nothing more than a shepherd boy, with a boyish and lanky physique, with plain attire and smelling like grass and sheep; unlike Saul who had a physical stature and looks, for whom God had no vision for, resulting in Israel suffering. Mary, Jesus’ mother was also of no worldly worthiness where her character reveals a simple, naive and even an ordinary look. Yet, in both cases, they fulfilled God’s purpose for their lives by accepting and living out the vision given to them. 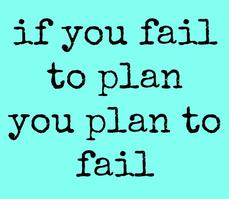 A vision from God usually does not come as some big announcement but is very personal and in some cases, comes as a spoken Word from someone who has accredited themselves as a conduit for God’s voice. In seeking God and surrendering to His will, this spoken Word or by a completely independently method; God will "speak to you by a dream or a vision in the night" - Job 33:15; which as we have seen through the Bible is God’s prime way of planting that seed for it to stir the imagination towards it. This type of dream is different from carnal ones in that the three main characteristics as listed before comes with it and at times can become obsessive in that it recurs as a dream from time to time, often supported by experiences from life such as an event, a word or anything in a media form, triggering the dream in you to be mulled over. Sometimes a feeling of deja vu comes with having the vision through the dream or even while you are wide awake. To hold onto a vision, we have to own it, ponder it and prudently discuss it. We must protect it from those who may inadvertently take it away from you. The vision must become real and as stated, to be “written down and make it plain” - Hab. 2:2. The more vivid we can make it, and the more we imagine it and see the details of it; the more it becomes more real and convicts us.

Often, I am reminded of a dream whenever as a married couple, we get the question, “how did you meet”; which was a vision from God. I met my wife for the first time in less than five minutes. A few years later I broke up with my girlfriend and vowed to remain single, as relationships were a pain, in you know what. After taking this vow, God gave me a vision  by a dream of a girl I could not clearly make out her features but had a concept of her. Thinking it to be weird and not giving it any attention; a few months passed and then my ex-girlfriend wanted me to be her date for a party.  The rest becomes history as I met my wife at the party and did not remember she was the girl I met years ago just for five minutes. What was also amazing for both of us, we had to travel almost an hour from home to the party, which would not be an issue to go back home after the party. Yet, somehow, both of us independently made arrangements to stay with friends after the party, which was no more than fifteen minutes away from each other. I had no phone number or address where she was staying, only the general area and the car that picked her up after the party. Needless to say, I did not sleep well that night and the next day immediately drove around the neighborhood to find her. Just think of the logistics. 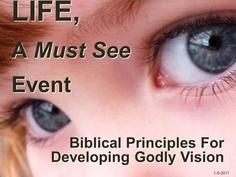 ​Vision only works and produces when God’s will comes first because He is the one to give us a vision, order our steps towards it and orchestrates the benefits of the vision. The Bible has a standard trend when we follow God’s vision as our own. Abraham’s vision for a nation out of his seed endowed him with the largest herd, land and other riches compared to his peers - Gen. 13:2. Joshua’s vision which he kept for two generations rewarded him with the land filled with milk and honey but also the physical wealth of the defeated people - Jos. 2:24. Joseph’s vision which alienated him from his brothers eventually placed him in the ideal position to help them and save the nation of Israel from which would come the seed that produced Jesus - Gen. 41:41.

Did you know it is a curse to under duress to take care of the previous family generation. We find this in most societies because many without knowing it fall into this rut often out of guilt and tradition. Now, I am not saying we ought not to support the older generation before us, but as the middle generation, there is a lot of pressure and stress to support our kids and parents at the same time. In eastern cultures, this is more prevalent and goes more to the working generation's shame and guilt if not done. 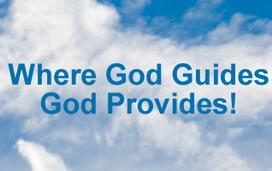 Taking care of the older generation becomes a curse because it goes against God decree and command which is the opposite saying, “we are to leave an inheritance for up to two generations” - Prob. 13:22. God’s intent was for each successive generation to be wealthier and more prosperous than the previous one. He, satan has been able to keep most of the society including Christian Families on this work to pay bills wheel for centuries, not only with wrong thinking but stealing by any means their accumulated savings, and because there is no vision; with the body of Christ, generally not receiving and accepting the prosperity message by their own immaturity or from religious teachings. To have vision is to ultimately have God’s decision for His people and that is peace and prosperity. 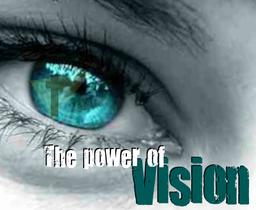 In those days, neither GPS nor Google maps existed and a road could either be a Drive, Close, Circle, Blvd. etc. This is what a vision does for you. It gives Hope, Faith, desire, and encourages action; all key ingredients for a vision to come through. Equipped with these principles; I made a plan to search the surrounding area. Eventually, lead by the Holy Spirit, I found the car and unannounced, spent most of the day with her. We eventually got married 10 years later. A vision will sustain you through trials and tribulations because part of my desire was to have a Proverb's 31 woman, which my wife fulfills.

​It is said, “Without Vision, the people perish” - Prob. 29:18. How much more simple can it get. The man was created to be for a purpose and that purpose requires a vision. The average person goes through life not knowing the meaning of their life, but go through with a disposition for living; which tends to be; get a good education, a good job and be comfortable. We have been taught that our life is to work and play for the next generation, often having to support the before and after generations, because we have no vision of purpose.

To have the Godly vision requires Faith, Tenacity, boldness and patience. All qualities every Christian is to develop and display. To follow a Godly vision, we can expect it to seem impossible, have insurmountable challenges and test our Faith often to the limits of our endurance. This is why God rarely but usually gives us smaller visions to build into larger ones. He also uses metaphors for the vision that have no immediate comprehension but over time, events and personal growth begins to become a reality for us. God knows what He is doing for, “He knows our frame” - Ps. 103:14, and with our life experiences builds us up, order our steps and supports us for the vision which is usually our purpose for living. We are not just a random mistake that goes through life at the whim of nature and forces beyond our control.

Many Christians will not fulfill God’s purpose for their life because they have not received or accepted the vision God has given them and with religion, many only accept Paul’s teachings for the church regarding the fivefold ministry and the church as different parts of a body - 1 Cor. 12:28. The church generally thinks of the body consisting of three main roles. The Pastor who shepherds and leads the church, his ministers for various works and the congregation that supports (helps) and provides the church’s funding. So vision if any is only deemed to be at the top where the congregation is motivated into buying into the Pastor’s vision and proclaimed by the ministers. In principle, there is nothing wrong with this. Also, there is nothing that says the least (helps) in a church could not be called for a Godly vision outside of their church. In fact, God loves to challenge the status quo thinking when it comes to any pre-notion of what the ideal carrier of His vision is. Sometimes it can even be humorous in His selection when seen with hindsight.

A vision has an appointed time that God orchestrates us to walk into if we heed the clues - Hab. 2:3. The vision whether personal or for God's plans will occur. They are often used for a prophesy for a major event in God's timeline. I am sure if we examine our lives, we can identify times in it that without holding and pursuing a vision, a goal, we would be lost and have uncertainty of our future. The vision helps to stabilize our life. God promises to lead us when we surrender, keep His Word foremost and disown evil because His vision for us is ultimately the best. We just have to discover and buy into in wholeheartedly, and not become anxious about our present and future; trust Him to order our steps and ways, including the results of our Christian walk. For as darkness falls, you need the light of vision to see yourself through.
Selah.