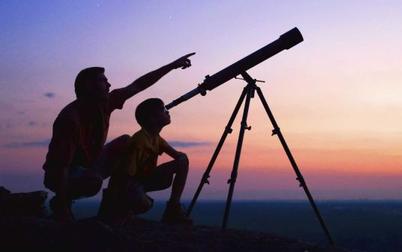 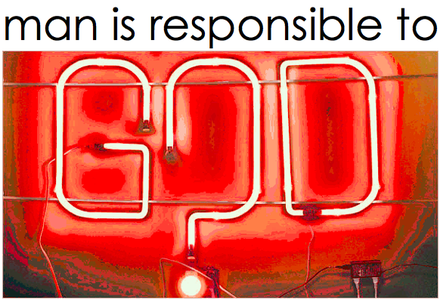 If Jesus is the Word made flesh and the Word dwelt with God as John 1:1 states then the Word is the Son of God. As the Son of God, a part of the Holy Trinity then this is why God can say “My beloved Son, in whom I am well pleased!” For God, the Word has always been His Son. Now, a relationship is not solely based on blood but also the Spirit. For God, before time, He; the Son (in Word form); and the Spirit has always been one of a divine relationship. This is fundamental to the nature of God. So much so, angels marvel at a man and his place in the Kingdom of God - Ps. 8:4-5, “What is man that You take thought of him, And the son of man that You care for him? Yet You have made him a little lower than God, And You crown him with glory and majesty!” For the angels, there was no need for another in the mix of things. For was not God content with just the three. God's concept of man is another dimension to His sovereignty; another type of relationship.

The man is the closest being to God next to Jesus. He is in the image of God and nature of God. All for a relationship, so much so God sacrificed His dearest relationship, the Word for man. God is doing what a man ought to do and that is build relationships for the Kingdom of God. God wanted to have His vision that the Word in its eternal form could not provide. A new kind of form, both physical and Spiritual. A form where God through the five senses of man could live, interact and complete a tangible entity for God to live through not only vicariously but also in reality. From our perspective, a man seems to be the center of God’s universe. We tend to think a man is the cause of God and not the opposite, that God is our cause. As our technology improves, scientists are being humbled as to the vastness, complexity and unexplained nature of the universe. They are coming to face with the very presence of God. Consider; that before creation as we know it, angels were in the abode of God and parts of the known and unknown universe is at least old as God is and until Lucifer was cast down to earth and that man did not have a part in God’s creative force or for that matter His immediate purpose. Indeed! what is man?

The presence of God is what angels are all about and so should a man be. This presence is not about swirling around God with singing and adoration, paying homage to an all-powerful deity, worshiping in humility and fear. These are not the foundation for the kind of relationship God wants. We are commanded not to be in fear but have respect for God and His ways. It is not a one-sided affair of us staying in His shadow as would a slave, waiting for his master to look at him and in turn the slave grit his teeth with fearful expectation.The nature, and the relationship that God has established and continues is one of partnership. The ultimate beacon of a paragon displayed as a Father and His Son. Jesus is the forerunner to this as Adam should have been. The Son of God that sits at the right hand of the Father is a man of the first kind. Wholly man as well as Divine Spirit. Consider this, the bible seems to indicate when the “story” ends there will be at least two kinds of man before God. The dead in Christ who are resurrected from the grave as Jesus was and the man who is “taken up” into Christ at the rapture not tasting the grave. Yet, both will have the same presence and relationship with the Father. That to be His own, the display of all that defines God, the Father.​

​Jesus in three and half years developed degrees of relationships with all. He not only had the Spirit but an example for this. There is practically nothing written about Jesus' relationship with His adopted father except that Joseph bore the burden, having the fortitude to stand by Mary once given the knowledge of her immaculate conception. If anything we can only glean through the life of Jesus and James (half-brother to Jesus), the kind of father he was. Growing up as sons within Joseph’s house would be like any other. The father would be the example of manhood and for Joseph other than Jesus, his legacy is revealed with James. We cannot discount Joseph’s influence in James and Jesus and the right relationships that Joseph formed with them as children to the point that James eventually becomes the man that is a reflection of Jesus and widely believed to be the author of the same epistle bearing his name. As far as can be inferred, Joseph was indeed a man of God, being chosen to shepherd Mary, the Christ, and his family.

Without the need for relationships, man is only like a fountain of water that wastes away without filling, supporting or completing others. It is the same with God. God yearns for the kind of righteous relationships that He has ordained starting with the Word, His beloved whom He is well pleased with; to the man in whom He seeks to express wholeheartedly, “I will be His Father and he will be a son to me” - 2Corth. 6:18.

Flush it Out! - Our Father who art in Heaven. 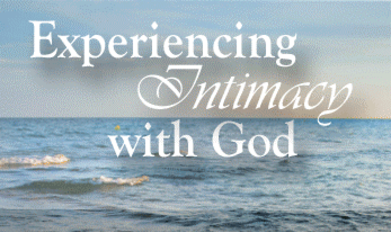 ​1) Jesus never "sugar coats" the truth but was direct and forthcoming in correcting wrong thinking and actions. Matt. 23 is classic to Jesus' boldness at exposing deceptions but also telling us what we ought to do.

2) Jesus expressed comradery and solidarity with the death of Lazarus and John the Baptist. He openly wept (not bawling) for Lazarus and withdrew to weep (reflect) on John His cousin.  In both cases, He kept His composure, taking the appropriate actions both physically and verbally. Jn. 11:35. Matt. 14:13.

3) Jesus compassion for women is demonstrated several times but never at the expense of the Kingdom order and its precepts. He does not compromise His divine appointment nor His ordained manhood. In fact, He reinforces it regardless of embarrassing not only His mother but also others as well. Jn. 2. Matt. 15:21. Jesus treats them with the respect that is theirs and not what their perception is.

4) Jesus does not force His righteous relationships onto others but only by example and Words plants seeds. He is constantly available even at His own expense and by the leading of the Holy Spirit. Lk. 4:16. Matt. 14:14.

5) Jesus displays righteous indignation at how many have taken God, His Father for granted, having no respect for the sanctification God has placed on His ordination. Matt. 21:12.

6) Jesus makes it clear how the wrong relationship is frown on by God, especially with the innocence of children and the Kingdom. Lk. 18:15.

7) Jesus welcomes all men at their level of relationship. He is not biased towards the shortcomings of other men but exhorts them to take up their cross and be counted within the Kingdom. The last supper displays this with all present, some more defensive while others expressing their concerns. Jn. 13. ​

A relationship with God is about intimacy. The kind of intimacy for man is different from a woman. It will be equal as only God can make it. For God, man is His ultimate reflection of His Spirit. As any father yearns for; that his son not his daughter will be a reflection of; a legacy for him. Now, some fathers have only a daughter and there is no failure in that as many daughters do their fathers proud. But fathers can never escape the inspiration a son brings. The Word was and is still God’s inspiration. He has been given that place, right of the Father to sit as close as possible and be in God’s very image of His presence for all eternity. Jesus will be intimate to every Word, plan and action of God. This is the inherited relationship for every man on this earth and beyond. The Kingdom of God is in order that starts with God and commences and continues with the Word, Jesus the Son of God and then man. Man being the son of the world(s) and Jesus, the Son of the "most high" Heaven(s). God, the Father of all.

Men are to be the standard of order. An order that reflects the Kingdom, not in a mundane kind of way, but one with a Spiritual enlighten ordination. As Jesus is the Son of God, intimate as well as Victorious in action through the humility of Spiritual leadership. As sacrificial in the service of others for the building of the Kingdom and a source and guidance for the Kingdom’s children. The man is that citadel of God here on earth. These are the areas where our foundation and relationship starts. “One for all, and all for one” to coin the phase. The foundations for relationships are not based on a woman’s view of intimacy, sensitivity or care. A man’s relationship to others is from God’s perspective with Jesus demonstrating the righteous relationship to man, woman and child. Consider how Jesus used the proper kind of relationship in various scenarios through His life.​


The call of Men.

The bible is very explicit in showing the reason why God in His wisdom created man and why the Word had to take the form of man. After Jesus’ baptism and the anointing of the Holy Spirit on Him, God exclaims, “This is My beloved Son, in whom I am well pleased!” - Matt. 3:17. Prior to this, there is little or no reference to God expressing a personal relationship with His Son except for 2 Sam.7:14, “I will be a Father to Him and He a Son to Me” and in verse 13 God outlines His purpose, “He shall build a house for My name”. How can God state His pleasure in Jesus even before He starts His ministry 40 days later after being baptized? People of that city and surrounding areas would have known who the parents of Jesus were and the lineage He is descended from. And from the Torah, some of them may have wondered; is Jesus the Son that God referred to in the Old Testament. But what significance has Jesus done up to this point in His life except for “being a Spiritual heighten” boy challenging teachers of the Torah from age twelve. It would seem absolutely nothing! The bible has no record of Jesus after His debut in the temple except for telling us He grew in wisdom and gained favor from man and God. There is no record similar to His ministry including, healing, rebuking demons, and miracles. So how can (from the narrative) God says He is pleased (past tense) for Jesus’ works or for that matter as the Son of God.