The bible is filled with tremendous examples of leadership, Men like Noah, Moses, and Joshua with only Faith taking the responsibilities of others. Charting a course from darkness, passing over into light. God through Abraham is a prime example of this. All leaders know to accomplish a goal there must be sacrifice and God uses Abraham’s obedience to sacrifice his only son to not only demonstrate this but also as a preview into the sacrifice of His son, Jesus. We must note, Abraham’s obedience is not without opinion as Issac makes an obvious statement, “where is the lamb” and Abraham replies, “God will provide” - Gen. 22:7-8. 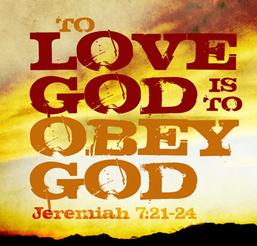 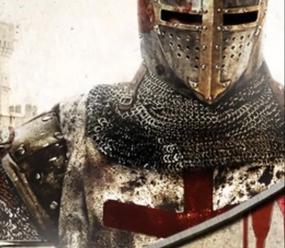 The man was created in the image of God, so all from this image are to take on the role that God ordained. Adam being the first of this kind did not declare without a doubt his ordination given by God. Jesus is the first to do this. Now, it's common to conclude that God’s first act was to create - Gen. 1:3, “let there be light”, and no doubt this is innate to His nature which means it is also to ours. But the first act of God is not creation but initiation - Gen. 1:2, “and the Spirit of God moved upon the face of the waters”. Another way of saying this is that God (through the Spirit ) surveyed the existing condition and through creation did something about it. This is what the act of initiation is defined as, to assess, commence and then implement. It is what all in a position of leadership are required to do. It is the essence of being a leader. Now secular ideology tells us that only one leader is required, but in God’s model, all are to be leaders. God’s leadership is not about position, status or recognition but more about taking action. A true leader cares not if he is at the head of the crowd today and then tomorrow he is at the back and in between. He goes where he is needed to lead. The man is that leader.

Jesus first act was not creation or even healing but leadership. He started by setting the tone of His ministry as a mere boy from age twelve by following the leading of the Spirit to “be about His Father’s business”, Later on at His baptism, He enforces it by stating to John what must be accepted and done to initiate His ministry with the taking and enacting the ordination from God. These include submission (to the purpose), renew your focus (by baptism) and receiving, accepting and declaring your ordination (anointed with the Holy Spirit). This declaration is also about facing the shortcomings of our abilities. We can’t avoid them if we hope and desire to make a difference in others. Leadership starts with yourself and before you can set the right example you must come to terms with your own past, present, and future.

After being led into the wildness and purging Himself, Jesus must face His very own self. His identity and character. He is tempted and challenged to turn His back on His Divine calling by the anti- christ, or one can say, His anti-self. Now, most think Jesus is acting under His Sonship  when He puts satan down but the narrative indicates two fundamental points. First, satan’s prime temptation is one of pride, since this was his sin. He addresses Jesus as the Son of God twice, but really even though not stated there is enough inference that he was doing the same by calling Jesus, “You” (Son of God). What is clear is that Jesus did not acknowledge this title when responding but kept His ordination intact by responding as a man should. Jesus is really demonstrating a true leadership character of humility and is declaring He is only man. A man of God is never concerned with an office or a position, but see his role as an influencer for God’s will. Jesus later does what man ought to do and that is to develop other men. As God did with creation, Jesus took the initiative to seek and develop His core group of potential leaders - Matt. 4:18.

To be the leader (man), we need first to be a follower or rather be open to being taught and seek Godly knowledge, wisdom and understanding. To be a partner with other righteous men and who promotes the three roles of God’s first created perfect image - Jesus, the man. Working together employing each other strengths as a team as the mission requires. The elite military black ops team is a good example of what the church ought to be. Putting aside egos, these men (and women) all have the ability to lead themselves and their team but chose to focus on their part and the mission. God nor Jesus withholds anything as long as we are “waiting” on and “delighting” in Him.  All the apostles, especially Paul epitomizes a Godly man. He focused and initiated missions to spread the gospel; planting seeds of the Word; setting up places for the Kingdom to be taught and paid the sacrifice by constantly being imprisoned, beaten and stoned. Today, men have been clouded in the mist of unrighteous thinking. We must go back to the basics and stand as God, Jesus and others stood for righteousness. John 20:27, Thomas wanted to see and touch Jesus before believing. In effect what he wanted was to see the man Jesus not the Son of God. Jesus gives once again what men ought to be with these Words, "Because you have seen Me, you have believed; blessed are those who have not seen, and yet have believed.” Jesus assessed, then took iniative (leadership), time (sacrifice) and stated (taught) what is righteousness.

God is triune and so is His ordination to man. To be a leader, priest and teacher just as God is a leader, the Word (Jesus) the priest and the Holy Spirit the teacher. These are the prime roles that Jesus demonstrated during His ministry and is the legacy left for man to imitate. In God's image, he is created and by the act of creativity, these roles are performed. A man casts a vision, then by sacrifice it is commenced and through teaching (empowerment) it is implemented. The man has been given the Faith for God’s vision, the heart to sacrifice for it and the strength to implement it.

Flush it Out! - God, Jesus and Man in unity for the great commission. 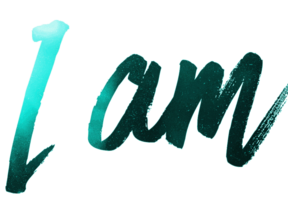 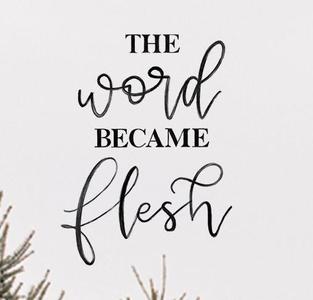 Jesus is no doubt the Savior of the world and His life here was Anointed with Power from above. The same above that we are powered from through the Holy Spirit. As a man, Jesus put aside His Divinity in obedience to the Father to “walk the talk” that the first man failed to do. His perfection as man is the standard for other men to follow. Compared to today, Jesus life was less complicated but this was also due to His focus and control of His environment. In addition to that, He knew what He was about and utilized every moment to expose His ministry to all who would listen. His life is the model for all men to emulate. It can be difficult at times to separate Jesus’ true birthright to that of His adopted one. He is foremost the Word that is a key part of the Holy Trinity. Yet, this is what we must do to walk and talk as He did in the three and half years of His ministry. How did He do it? 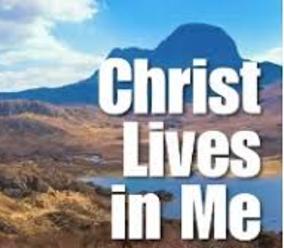 Now Faith is the substance that produces things not seen. Operating with effective Faith is required to be taught not only from our physical abilities but also the Spirit. Jesus constantly taught about Kingdom business in an ethical, practical, spiritual manner and by example not only for God’s plans but mainly for man’s gain. Jesus is showing to teach is not for control but to empower. By this, the body is strengthened against any opposition. A man is that focal point for teaching, giving wisdom, knowledge and understanding. If He was not healing or casting out demons, Jesus’ days were spent teaching about the Kingdom, what is important to the Kingdom, and how to be righteous stewards.

This we see with Jesus when He asks God for consideration regarding His death for the lost of the world. Abraham and Jesus are demonstrating what all men are to do. This is the second component to man. To offer sacrifice as a priest would as a prime responsibility. Up to Jesus’ crucifixion, blood is the sacrifice but today this is something that leaders and men give up, such as time, comfort or even their life. A man’s role as a priest for his family, others and God is part of his ordination.  All men whether a father or not should serve as the priest for reconciliation to God through sacrifice and servanthood. He does this by appreciating the  burden for sacrifice by becoming the actual sacrifice as Jesus did. Despite wanting to do His own thing, Jesus makes the time to address the yearnings of the multitudes wherever He is. Whenever sacrifice is needed for the mission, Jesus complied and so should men.

You won’t get far with your goals or mission by just being a leader and a priest. Without passing your vision and implementing practical components your leadership will flop. God demonstrated this in the garden and later had Moses put it into a form that would be accessible for all. We refer to them as commandments or instructions which is knowledge. God said, “My people perish for the lack of knowledge” - Hos. 4:6. For Knowledge to be effective it must be taught, and taught, and taught; then meditated on. Now, we are not talking about things like social graces or where does the small fork go left or right of the big fork. This Kingdom knowledge is about life over death. Of operating with Spiritual acumen (know how) within a physical world. 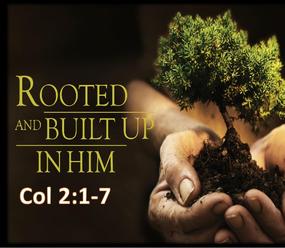