​God’s gift to us is free will because He wants a relationship. Without free will, He can’t have it. This ability for choice has caused turmoil, but as any father wants, is for their child to trust and rely on them to safeguard their future and desires. In choosing the Father every time, Jesus ensured His Salvation. It was available to Him to mess up! What! Jesus could mess up. Consider this, if Jesus had special supernatural privileges that gave Him an advantage over ‘normal’ man; then His work would be of no benefit. Jesus, Himself stated this and stayed the course of being the standard for men - Matt. 26:53-54, “you think that I cannot appeal (pray) to My Father, and He will at once put at My disposal more than twelve legions of angels?. How then will the Scriptures be fulfilled, which say that it must happen this way?”. Notice, Jesus said, pray or appeal and not command. Jesus is acting as a man should prior to full redemption. So any work that promotes other than this is essentially destroying the work of Jesus and God. A man He came and as a man, He died

A man; is the standard for God on this earth and one can almost assume this will be once the Kingdom is fully established. God said, “let’s make him into our image” - Gen. 1:26. The man is the only reference for God’s image. Now, I do not mean to offend any woman who is a better reflection of Christ but rather the intent is for men to take up his role as God started and Jesus completed. Today, many women are used but man’s role or the expectation of this has not been altered, modified or changed by God. The man is to be today as Jesus was and still carries with Him at the right of the Father, the standard for his various roles. Man’s image is always associated to "be-side" (reflected) to that of God.

As the standard, Jesus’ life ultimately is required to be relatable to a man firstly born of flesh and completely to the Spirit. His time with us from birth has to demonstrate as to why He is the unequivocal example for us to mirror. There has to be no flaw. The bible with the exception of age twelve really doesn’t tell us much about His life prior to the start of His ministry around age thirty. What can be understood from this is that His standard only really started after age twelve. Like all Jewish boys and girls, that is when one starts to take responsibility for their actions, being exposed to the tenets of Jewish life and culture. Jesus is the standard for one man made from two. He becomes the center for the world standard regardless of culture, borders or any other man-made constraints. 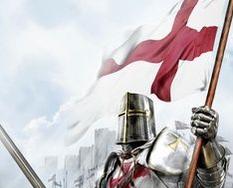 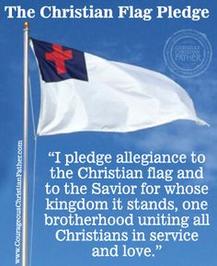 God created man first and gave him support through a woman. This is God’s order. On a side note, a woman is essential to a successful Christian man, as the church was and is to Jesus. Everything only for God’s intent and purposes. In some cases, when there was no man, God used a woman for the same reasons. The man is the alpha and as such will be held more accountable than a woman just as any leader in a similar capacity.

So what makes Jesus the standard; after all He operated only as a man. Many thesis states that Jesus still had His divinity, power of God operating in His life from birth to death to resurrection and that He could not have faced His trials and tribulations without this; so, in reality, He was half son of man and God. We must qualify the New Testament with the foundations of the Old Testament. Adam is the first and Jesus the last typological man. Both were given the same commands from God, which is to dominate all things except mankind within the Earth. In addition, Jesus also inherited centuries of wrong thinking. Adam’s life is a reflection of causality due to disobedience to God’s will and Jesus’ life by obedience. Both are essentially a man with Adam ways as theanti-christ and Jesus, the Christ. An anti-christ is a rebel against God, working in opposition to His will. Even though it started with one act of disobedience by Adam that separated him from God, he continued this through his life not retrieving what was lost. His faith or the lack of it became unfruitful. God’s laws for His will did not vacate the earth, as it worked with and for the preceding men prior to Jesus. Essentially, Adam’s standard fell and no spiritual knowledge was passed on until Noah who signified God’s start for His redemption plan, “This one will give us rest from our work and from the toil of our hands arising from the ground which the LORD has cursed.” - Gen. 5:29. A preview to Jesus ultimate accomplishments.

​Who do we look to, so that we can measure our walk as a Christian determines how effective and impactful our life will be. Is it our pastor or even successful men? Jesus is the standard whether we accept it or not and the study and application of His life for a Christian is not a choice but a command - Lk.9:35, God states, “this is my son, listen to him”. To listen to Him is not a matter of just hearing His Words and repeating them. It is also to enact them. Jesus did not talk for the sake of saying something, but for specific reasons. This he did also in His actions. To listen from His time is also to adopt, to digest meaning to become a part of you. This is a prime reason He was sent, as an example, a standard for all to learn from Him and follow. Prior to Jesus, we had only a shadow of what a man ought to be. Jesus is the complete man! Man in this context as ordained by God for in His image was he created.

A standard is a reference point for modeling, duplicating and application to any form requiring a measurement or quantifying. For Jesus to be the standard, He has to be boundless. There is no question to this as the measurement of His standard is not based on outward criteria. He is universal and for some, they go as far as modifying His outwardness to their indigenousness. This is politically incorrect and has led many down a path of deception. We must stop making Jesus to our own standards and only accept His. This; to be the Godly standard which is to empower the body of Christ. God’s point is this; that without Him there is no life, hence Adam’s (our) self-reliance leads to death while Jesus (our) Godly reliance leads to Salvation. Jesus is the standard for righteous choices.

​By looking to Jesus to be our standard for why, how and when, we ultimately only have His life stories as written in the bible and comments made by His followers after His resurrection. These actionable and highlighted points include:

1)    Jesus declares His purpose. Luke 2:49, “you know I must be about my Father’s business”. Despite causing His parents concern for three days, Jesus though respectful is unapologetic for His actions and the bible seem indicate He had a bewildered look on His face while replying to His mother. Jesus is indicating that all men ought to foremost put the Father’s (God’s) business first before any other concerns.

2)    Jesus insists on being baptized. Matt. 3:15, “Suffer it to be so now: for thus it becometh us to fulfill all righteousness”. Embracing His call, Jesus immediately starts to fulfill God’s purpose. He is the example in action to His immediate surroundings, others and to the world. Jesus is doing the requirement that all, men especially, must receive God’s grace by repentance and through humility the receiving of the Holy Spirit. He is now the pattern of how God is to and can work through us.

3)    Jesus sequest Himself. Luke 5:16, “Jesus frequently withdrew to pray”. Whether we agree or not, Jesus’ life had the same problems we face today. These fall under ego, distractions and challenges. Did Jesus have an ego? Religion will tell you no but as the son of man with His mission, he needed to. It is this ego or self-worth that contains His disposition to all things. Jesus holds onto to the power that enables Him by making the time to remind, reflect and renew His work through prayer, the Spirit, and God. Without this men negate God and His power.

4)    Jesus takes the responsibility. Matt. 23, “you hypocrites”. Jesus regarded nothing as a standard except the things God declared and was very bold in telling all. It did not matter if others became embarrassed, ashamed or even resentful. He did not allow misguided human flaws or emotions to get in the way of representing His mission and God. The bible makes it clear His disapproval tone to other men for not setting the right example but also His firmness in addressing women. Jesus is really living the standard and so must all Christian men as the standard bearer. We do this by boldness, revelation and under the authority of God putting aside sentiment, bias, and weakness.

Through His life, demonstrations and words Jesus is the expressed image of who God intended for man to be. Without these highlighted standards and others, Christian men are only a shadow of the divinely created design. Having and only focusing on a percentage of the whole limits our effectiveness to reflect God’s standard for man and his original created purpose. Men are the cross bearer for each other, families and the world. By not embracing this and allowing deception to weaken the standard, men are failing to uphold not only themselves but the very image of God, the ultimate standard of life. 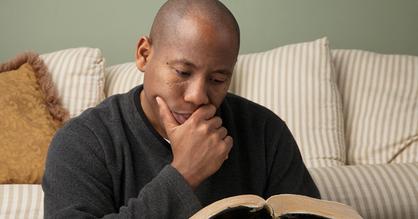