Eve sinned because of the idea of Godly equality and Adam because of his ignorance to demonstrate his dominance. His pride was hurt because Eve could possibly become a god. This is a common theme of sinning throughout the Bible that women disobey God because of envy by the mind and man because of the lust of the body. This is why we must take care of the castle and walls before the spirit. And it is why satan attacks these areas because he can’t attack the spirit innate in us and why the Bible tells us no one breaks in a house without first restraining the strong man. This mores is for us as well as the enemy. We have been made flesh to put down the fallen spirits placed on and in this world. The enemy knows our strong but also our weak points. So it is our responsibility to close any weak points he can use to promote his own attacks. We must have the mind of Christ. 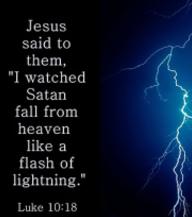 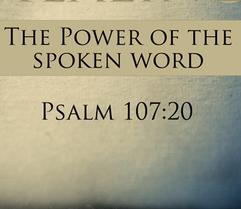 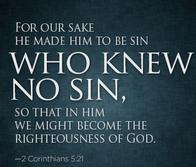 The spirit, when built with a Righteous foundation, will not only defend but also take on an aggressive Spirit to the temptations of sin. The spirit of man cannot be fully developed without first attending to the body and mind. For it was by flesh that sin entered the Garden and it was by the spirit that sin was conquered on the Cross. Both accomplished by a man and not by the Holy Spirit. Therefore it is critical that we live our lives by not only our spirit but also by the guidance of the Holy Spirit. The Holy Spirit does not prevent us from sinning but provides counsel to avoid sinning. This is critical to appreciate for our actions will be judged because of personal dictates. Just like the law could not prevent sin but was put in place as the judgment against a man’s sin. So is the Holy Spirit! The spirit of Righteousness is not fooled by the attraction of sin but is itself our weapon of warfare against the principalities and powers in evil high places. Because it is birthed by our conviction in the wisdom of our Salvation; the knowledge of our identity in Christ and the understanding of the Glory of God. As Jesus stated; “Your Kingdom come. Your will be done on Earth, as it is in Heaven”.

This trinity if you will is why Jesus walked without sin and why we as the Body have the same Power available to us because it boils down simply to a choice. When we shut down temptation in its tracks; we disable its potential effects on the body, mind, and spirit. In the same manner; when we encourage sin; we help in its assistance to impact our lives even with fatal results. Sin no doubt requires spiritual warfare but without recognizing that it is only in the flesh is sin committed; many in the Body wait on Jesus to curb their sin nature even though He already dealt with its defeat on the Cross. Sin has no power over the Body. Only what we give it!

Because we are body, mind, and spirit in this world; these are the areas we must first protect and then use as our offensive weapon against all manner of the flesh. We must see these areas as if the body is a castle; the mind as the walls that surround the castle and the spirit, the weapon used to defend the castle. To be clear; to go on the Spiritual offense with little or no attention to the body and mind is not as effective if first, we don’t clear our body and mind of any weakness and distraction that is within. Now; I am not stating to be linear in our approach but only that when we align and organize our efforts there will be lasting foundations set in place that will strengthen the resolve to not sin and stay the enemy at the gates. To first remove the plank in our eye before seeing the splinter in others.

Sin starts personal and extends outward as its nature engulfs our very own. To not sin is clearly identified in the Bible by the examples of those who sinned and in many cases paid the ultimate price for it because they added sin upon sin thus corrupting their body, mind, and spirit beyond redemption. Yes, although the Blood can save one from sin; it is of no use if sin has blinded the individual from the Spirit of recognition. This is why we should not sin because of free will, but to be a Son and not a slave. To be a Son is to take responsibility for the areas that potentially cause us to sin. For instance; for men its usually lust of the flesh and for women, it is usually jealousy of the mind. That most men want to have the feeling of dominance over women by a sexual act. And most women want the sensation of worth they envy in their peers especially as it comes from a man. These are only common areas and do not speak to any individual's personal walk as a Christian but reflects the same enemy device used to fool us into sinning just as in the Garden. 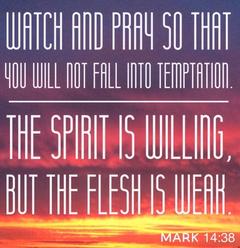 All have fallen short of the Glory tells us that no matter how much we try, we will eventually sin and God knowing this made the provision for us to ask for forgiveness and He is Faithful to forgive us and wipe the slate clean on our records. Even those within the church authority do sin affecting their congregation and challenging their Faith in the very Salvation that was paid for sin not to have any power over us.

How not to sin is the question and everyone who professes Jesus as Lord and Savior must endeavor to be sinless for God’s Glory to be effective and for the Body of Christ to attain new heights of Revelation. Yet, being near to God and Jesus in person does not prevent sin from entering into our spirits, minds, and bodies. After all, God has allowed sin to reign on this Earth despite Calvary and the Bible promises us that sin will have its day of reckoning.

Jesus is known to be the sinless one who took on the world’s sin for our Salvation and we have been charged to be as perfect as the Father is who is also sinless. Then why is it regardless of the Cross; we who have received Salvation still do sin. The act of sinning is as simple as disobedience to God’s will and being ignorant of the devices of satan. The Body of Christ is to be sinless when Jesus; the Lion of Judah returns for His bride.

When God designed man; His intention was not a slave but a Son and Heir to His Kingdom of Glory and when sin raised its ugly head; God dealt it a Spiritual blow that would transcend on the Earth as the eternal judgment against such disobedience and treachery. We; as God did must address sin as the number one enemy of the state with all wisdom, knowledge, and understanding of the very nature of sin.

The mind which receives the body’s acceptance of potential sin is where we have to fortify it’s walls with the Word of God, to have the mind of Christ; first to remain in obedience to the Father and secondly to apply His Word to combat and defeat any temptation. This can’t be done without a disciplined approach to abide in Jesus by meditating, absorbing the Word’s empowerment and applying it directly and specifically to the temptation. Eventually, the Word takes over the mind and automatically rejects any bodily temptation both in a practical and spiritual manner.

Jesus was tempted to sin in three areas including the body, mind, and spirit. First to fill the body want by turning the stone into bread. Secondly, to mock and tempt God’s will by jumping off the pinnacle to see if there is truly a God who will save Him. And lastly, to idolize satan and the world. These temptations reflect how satan attacks and reveals his devices to try to induce us to sin. So this is where we must be practical to fortify to prevent his temptations. Each area is personal because they can be broken down and categorize within tradition, culture and learned behavior. These categories can be directly linked to our body, mind and even spirit; often overlapping with each other.

The body is satan’s first attack point through several gates including the eyes, mouth, ears and the senses of the outer and inner body. Now, obviously, we can’t wrap ourselves in saran wrap and block all the bodies openings. But we certainly can control what the body experience. The world is full of potential temptation no matter where we are even including in the church. So the moment we recognize the potential temptation we have to close that off immediately to our senses and gates. We have to take a stand not to receive that temptation and be very practical about it.

How not to sin.