As Christ is the head of the church, so is the man of a marriage. For the pattern for Christians is not the world’s, but Jesus Christ’s. Now, this is under certain conditions for those of us who face daily challenges with this command. Yes, it is a command not by decree, despite Paul’s admonition but by the immutability of God’s Kingdom. What is God’s immutability in practical terms? It is His way or pattern of administering His will, sovereignty, and Power. We have no choice but to accept under His judgment to do what is Righteous before His Throne or run the risk of His judgment.

God gives Adam a single woman just as Jesus; a single church. This begins and not only ends but confirms the pattern; that two become one under the Spirit and guidance of God. And for this context, God, Himself as written in the Bible. This establishes the Father’s yearning to have an intimate relationship with individuals and or with a marriage body for His Glory. This is contained in the Bible as a legal dissertation of what a marriage is to be. What for? Judgment! For as a church must operate under God’s will; so must a husband and wife. It is only God’s Grace that protects us when we break the Spiritual laws that govern what is meant to be a reflection of Christ’s life and work; so that as in Christ’s ministry; God’s Glory is revealed. 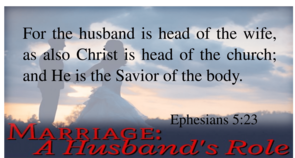 Here; marriage begins to reveal and establishes God’s plans. Abraham and Sarah's unity birth’s Isaac who became the prophecy of the New Covenant under Jesus, with Abraham’s Faithfulness to sacrifice him. Isaac and Rebekah who through Jacob the second born; establishes God’s principle of Righteousness by breaking the tradition of the first born’s birthright and sets the foundations for adoption by the Spirit of Promise, rather than by the unspiritual things of the flesh. Jacob chose promise with Spiritual birthright and Esau, slavery and fear by the flesh. Jacob and Rachel establish the twelve tribes representing Israel but only Joseph and Benjamin are of their true marriage covenant. This is a reflection and the Spiritual Covenant that by two witnesses will Truth be established and is the metaphor of the twelve spies with only two becoming the True witnesses for what God promised. This Spiritual Covenant is to be completely established by the two witnesses of Jesus and the revealed Righteous church; and to be God’s Revelation at the “second” coming and is the final foreshadow of God’s final two witnesses in Revelation.

The marriage of a man and woman is the witness for God’s Glory and Revelation. First to each other; then their family and lastly; the church. Why not the opposite as tradition and religion tend to dictate. Simply put; God’s Glory can only be effectively revealed through intimacy. This personal intimacy is the pattern of how He establishes His will. He placed His Spirit on a man and not a set of people in the Old Covenant and this pattern continued with Jesus at the Jordan after baptism fulling as a man, His True Covenant with the Father which is our pattern for today.

At this point, I must speak to an unrighteous spouse and how does the other spouse who is righteous carry such a burden. This becomes another witness to God’s works. Paul also alludes to this imbalance relationship and each is specific as to the reasons. For the Righteous spouse still must endeavor to strive for the unity of the marriage in Faith, so that the things unseen becomes the reality by God’s will and Grace as far as they do not contribute to any unrighteousness and sin. The choices made must be Spiritual led and take their foundation from the Word. Ignorance is not a defense for those under the heritage of Jesus’ Blood.

The Christian marriage between a man and woman is sacred and should never be guided by any worldly standard but as demonstrated and revealed in the Holy Bible and the Holy Spirit. Too often men and women make this life-changing decision based on trivial knowledge and carnal wisdom rather than Spiritual acumen especially today with social media. Only God knows what each individual’s role is to be within the Body of Christ and His will, but more so as a unified force under the marriage covenant to become one as two witnesses for His Glory. 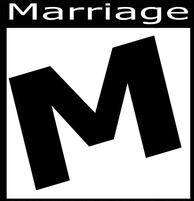 Now, a Christian marriage is not the husband’s right of traditional authority by fear but as with Jesus; with Righteousness, leadership, and servanthood. For what purpose? To continue and reveal God and His Covenant in those given to him for love, care, and protection. This protection is not the physical type but the Spiritual promises that come with the Blood of Jesus. 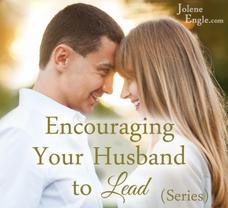 As Jesus’ works established His apostles, so did the apostle's works established the early church and so must the husband’s works establish his marriage ministry for the church. This is the proper order as ordained by God for His complete Revelation in the individuals of His New Covenant for a calling and unity of the Body. The old tabernacle of birthright by lineage as with the Levites with the separation of “The Most Holy Place” and “The Holy Place” in the Old Testament is replaced with the indwelling and amalgamation of an individual’s spirit and God’s Spirit proclaiming, “Your body is the Temple of God” - 1 Cor. 6:19.

So as a husband and wife; each having their body as a Temple for God’s Spirit. They become the two witnesses for God’s works. For a husband and wife who are out of alignment and unity cannot effectively serve within a church being hypocritical to the things of Righteousness. For if strife and disunity exist in their marriage how can they claim to be Righteous individual’s representing God’s church. Now, this does not mean they do not have their individual and rightful differences that make them unique and special. For, as individual’s called for Righteousness; both are to come to the altar of marriage to determine God’s will and with sacrifices of the flesh promote the unity of God’s Spirit for not only the practical but also the Spiritual walk of works. In their marriage; their family and their church. 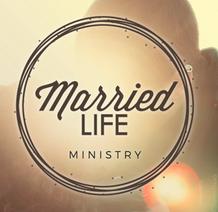 The foundation for this is revealed by Paul but really covered in the spirit of unity. The husband and wife must put first things first. First, Christ is head; second the husband and then the wife with their children under age and in their household under authority and in submission. It is not the church that establishes this hierarchy. It is God through Jesus who is the Righteous physical example of the New Covenant of marriage.

Yes! The Christian marriage of a man and woman is a ministry for God’s Glory. Now, I am not a marriage counselor by the world’s standards but we don’t need the world’s but rather God’s way of thinking as revealed in the Word. All significant marriage relationships in the Bible from the Old to the New Testament reflect a Righteous love; union; and Revelation of God’s will. God’s Covenant ship is birthed with Abram’s Faith for separation onto Him.