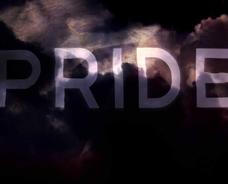 In God’s world, strife is an abomination and so it should be for the Christian. This is not the same as having Righteous indignation for something that is appalling. Whenever strife exists, then so will every device of satan including confusion, usurping and distrust. All these retard or put to death the Grace and solidarity of unity. Strife is a killer! 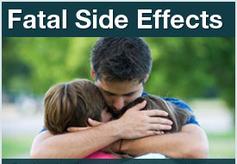 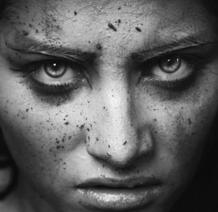 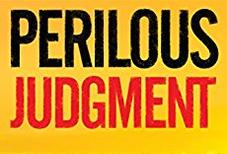 The effects of strife are as it is sowed. If by it one is hurt, offended or become grudgeful, so will those that the strife is with. Keeping strife will lead to all manner of sin because the Holy Spirit can no longer do what it was sent to do which is to be a counselor and advocate for Salvation. Strife will steal, kill and destroy a person and those near to Salvation. It will ultimately alienate one from God and His Grace! 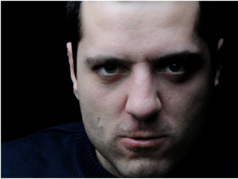 Prolonged strife brings loss and the pain of loss which deteriorates the very thing that brings us recognition and that is self-respect. The self-respect to know it is only human to be wrong as much as we are right in any discussion or perspective of issues. The external results of continued strife are alienation and loss of friendships, processions, and self-awareness the opposite of egotism. The internal lost includes confidence, humility, and contentment. If these self-inflicted issues are not resolved they will lead to the gradual conclusion and immediate action of death. Because external strife is really an internal conflict of self and value. This can and is manifested in personal or mass suicides because hope, trust, and love are no longer something worth living and fighting for.

You cannot win the debate by being in strife or being offended by everything of the flesh and of the spirit. This is because free will is a divine gift and should never be subjective but always objective. God’s request is to choose life over death and for those who do not; He discards as unworthy of any considerations. God knowing the sinner's ultimate demise to their decision for death, respects their choice. Giving and showing respect for personal differences is the first step to abolishing strife in any scenario. Having, feeding and keeping strife will bring quicker and harsher judgments!

In the secular world, strife is clearly seen and heard from all the different social media because it is what the enemy wants to encourage and is a monster that can never be satisfied. Strife breeds strife! Whether a small or large disagreement of strife; the result is still the same where lines are drawn in the sand and dialogue, compromise and cooperation no longer are possible and the next step is defense leading ultimately to an offensive action such as marginalization, destruction, and subjugation. Strife’s final action is desperation!

Whenever strife is fed, encouraged or churned then it leads to mental and spiritual slavery and bondage. This is manifested in the actions that the person in strife takes including mischief, fanaticism, and control. These actions are directed at the so-called “offender” with punitive action to demonstrate dominance, superiority, and megalomania producing the opposite of the desired result of understanding. Strife is also need for recognition!

All people want to matter in some shape or form and it is when this denial takes place through the daily interactions with others that it can lead to strife. The more the person want to be heard and give an opinion or view; is the more they are subject to becoming offended resulting in strife. There are only three persons who are justified to be in anger that leads to wrath and they are God, Jesus, and the Holy Spirit!

The final solution to strife is agape love but not hands-off but hands-on and practical love. Now, this is not to say; one compromises the true Faith of Salvation, for ultimately it is a personal responsibility to remove strife from yourself. I know of someone who despite telling of their love kept a secret account of their hurts. The act of composure of itself is not a true reflection of the Godly love we are required to have nor does it alleviate strife but merely hides and stores it for a day of confrontation; where hurts become anger which becomes strife which becomes more hurts in a never-ending cycle feeding off each other. With a Righteous perspective; this account was destroyed just as strife should be. Anger and strife are cousins and should never be joined!

Expressing anger is used to vent and preempt before strife becomes a reality. But when it is sustained and internalized it results in strife. The Bible tells us not to go to bed in anger. This is both metaphoric and practical. For whatever we take to bed we sleep with it and become bedfellows. Also, the mind never sleeps so if your last thoughts and emotions are in anger, then that is what the mind will focus on and more than likely it is what you will wake up and start the day with. Strife is not the enemy; we are.

The only way to prevent strife and combat any external or internal source of strife is to abide in the Word and develop and practice the Fruits and Gifts of the Spirit. God knows we are exposed to issues that may cause strife but it is His gifts that are not used is what disappoints Him. These attributes prepare us for when strife or offensive raise their ugly head and the skills of listening with interest, calm, controlled response and the perspective of pertinence are applied to choose your battles and not lose the war. The war for Salvation of self and others!

The spirit behind strife is pride where one’s point of view is the only one that matters. It is why with God; Truth is above free will. God does not argue His will to be in strife but gives the consequences of choosing death or life which is the Truth of His eternal Kingdom. Where strife existence, nothing can flourish!

Having strife is not the same as a heated discourse over an issue that both parties cannot come to some form of amicable agreement. It is when this discourse takes on the spirit of anger, offense, and ignorance which may lead to obsession, arrogance, and hate. When one’s peace is critically affected then you know you are in strife!

Yet, despite the justification to be angry and punitive; God through His Word and Spirit planted a Garden founded on Grace and love. This is God’s Genesis and preemptive action to address the darkness that resulted from Lucifer’s fall. Despite, being all Powerful; He constantly extends an olive branch. By this is strife immobilized, defused and eliminated!

As the spirit; strife does not die because one has passed onto the grave. Any unresolved anger, disappointments, and hurts can still remain passing from one generation to the next. This is often referred to as a feud between families or any other social entity. If one does not face the implications of strife it is the same as feeding its insatiable appetite. Strife builds walls of resentment but dialogue opens and exposes its cracks of weaknesses and facades.