A Righteous prophecy has no ending but fulfills the start, middle, and end of a set of events where for each completed prophecy several other branches start, has a middle and an end only to be perpetuated just like the continuous expanding universe. It is not like the unrighteous fable of a pot of gold at the end of a rainbow. But like God’s purpose for life; it is never-ending and produces after its own kind. That is, life begets life. And so does prophecy begets prophecy. By a thousand years for us; is but a single day in Heaven; so is prophecy chronologically playing out God's seven day agenda for mankind. We are only in His sixth day of fulfillment and the completion of God's agenda with the dawn of the seventh day emerging over the horizon of Heaven. This is why most of the Bible's prophecies are gradually and often rapidly materializing producing the sense of time speeding up.

There is no such thing as a self-fulfilling prophecy; which is more the practical application of logical thinking based on current information. A true prophecy is not based on current information, events or natural laws; but is rather foretold despite the lack of these indicators, signs and wonders. There are no dots to connect nor is there any control over it by man. Just as God used the Word to produce our Earthy and Heavenly bodies; so did He initiate and set in motion several prophecies at once. Some with a linear deployment and others that merge with each other, creating another set of prophecies that advance over time just for that particular event. This can be observed in space where orbits of planets like ours become align with objects that have no common trajectory with our own except for a particular time in history producing at the time unexplained phenomena. Closer to home, history records these life changing events which through the eyes of several timelines we can see the perfected timing of births, deaths and the effects that produces and manifests the prophecy.

A prophecy only becomes authentic and real at its manifestation and only to the individuals that it concerns; often being realized with hindsight and is colored with surprise and coincidences of merging events either in small or large occurrences. Prophecy is only Righteous when it gives God the Glory. Many think they are giving a prophecy when in fact they have been given a Word of Knowledge or the Spirit of Discernment; allowing them to utter words that reveal or promote events, things, and causes in another person's life. The danger in this is, without realizing it we confuse the Body which only aids in satan's devices. 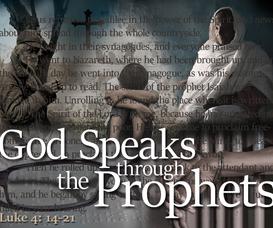 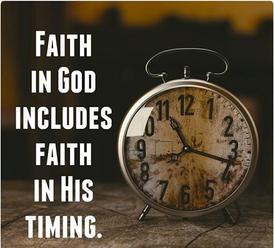 Prophecy is for the testing of one’s Faith for it is foretold for Revelations that manifest in a day, a month or even years later. It is more effective for the individual and not for groups or nations of people. Because it is held close to one’s heart and loses its effectiveness when heralded across masses of crowds. This is why most people who hear prophecies often dismiss them or never heed them because it is commonly presented with intangibility and is indifferent to most people; their lives and challenges. Just like the Word; when a prophecy is given; satan comes to steal it from those that it speaks to and this is why for every prophecy; the wisdom, knowledge, and understanding from God must be applied with the Fruit of the Spirit. Because all words spoken are for the holistic benefit of life or for the determent or pronouncement of death.

Just like driving on a remote highway; a missed exit could not only delay your arrival for a critical appointment but take you so far from it that it becomes impossible for you to reconnect to that exit without going completely around to try to align with it again. All prophecies are on a schedule and are immune to any misalignment on our part. They are just like a miracle where timing, events, and conditions play critical roles for the manifestation of God’s Glory. The prophecy will happen with or without our participation only benefiting those who received it personally, held it continuously and became sensitive to the signs of its pending outcome. Just like having a Righteous vision of God’s purposes, plans and pre-determinations; many will miss, past and perish from their own ignorance, disbelief, and unfaithfulness.

A prophet is not to be considered greater than any other part or individual of the Body. This has been ratified by the Blood of Jesus which removed any remnant of the Old Testament's laws of ritualistic obedience and was signified by the veil being torn in the Temple. All people in the Body are equal heirs of God's Kingdom and the rewards are based on stewardship and not on position. A prophet just like a teacher or any other authoritative role has to be more accountable to the teachings of Jesus just as a shepherd over his flock. To be a prophet requires a strong conviction of this Gift with the boldness to walk in the role and usually requires a near to or complete detachment from the world and its benefits. Because the prophet speaks for God as if God spoke Himself. This requires not only Truth but accuracy of one's prophecy. 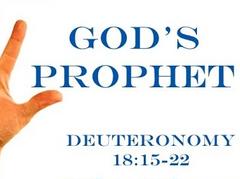 The first prophet in the Bible was and is still God! There is no one that has the past, present and especially the future in their purview other than God. All prophecies come from Him and are fulfilled in their set time for His purpose, the Word and ours; whether it is for life or even death. The Bible records both Righteous and unrighteous prophets because future predictions or declarations are received by God's Spirit or the spirit of satan. The goal of prophecy is to build belief and Faith in God’s immutability over the universe, the world and our lives. It is necessary but not essential for Salvation and without the benefit of the Holy Spirit it cannot be trusted especially as this age draws to its end.

Many false prophets have and will exist before the next Messianic visitation. This is why prophecy must not be treated with indifference, trivialities, and immaturity. It must be put to the test by discernment; the Word and God’s Spirit because satan comes to steal, kill and destroy the many who by the lack of Biblical knowledge and a weak and childish Spiritual walk will fall prey to these familiar spirits that are aware of the individual’s flesh and carnal thinking; knowing their past and present to paint a future picture designed to mislead them to their death by confusion; misunderstandings and the pursuit of fool’s gold. The Body needs to use common sense at times to distinguish false prophets from Righteous ones including examining their fruit that has been produced including the character that is being displayed.

Although a prophecy speaks to the Body of Christ it should really be used more to engage the world and the unsaved. Because just like a magician's act; it requires physical manifestations to receive the attention and acclamations of its audience. The saved only needs to remain under the leadership of the Holy Spirit. While the world needs something to wake them up out of their stupor and remove the blindness devised by satan. Prophecies are not gimmicks and any misuse of God's Revelations will result in untold sufferings of not only those who are misled but especially for the unrighteous person who used it for selfish opportunities. Everyone in the Body is called to be a prophet by receiving all of the Gifts of the Spirit, But it is only with a Righteous maturity that this Gift will manifest and be used appropriately for edification, admonishing and the building of the church so that God’s Glory is revealed, revered and respected for us today and future generations to be born.