What can we say? Jesus told us to give to the world what is due to it and the rest; give to God. We as Christ’s ambassadors ought not to avoid the responsibility of being informed and getting involved in the politics of the country, state or township that we are citizens of. To think Jesus was only talking about money is to miss an aspect of the mission of Christ. For are we not stewards of God’s mandate to multiply, be fruitful and take dominion of all that has been placed in our hands? To be in the world and not of it. And was not this God’s direction at the beginning?

Although not accurate, but as a satire; the word politics can be broken down into two separate components of “poli” and “tics” meaning “policies and blood suckers”; or “blood-sucking policies”. There is some truth to this as most political policies are geared towards increasing the governments' revenue streams which often disappear down a bottomless pit with the acclaimed beneficiaries receiving little or no financial or otherwise benefit. This is because secular society and in many cases the church teaches not to challenge the direction of the authorities over us. Yet, God does not say this! God tells us we should reason with and test Him on issues that are of concern to us; thereby encouraging us to exercise not only our Christian but also our civic responsibilities. God’s politics is one of involvement to demonstrate and practice the equitable relationship that is needed for growth and beneficiary transitions. This is keeping in with the laws of the Blessing.

We can’t expect politics to bend to our personal preference or benefit. This is because under a Righteous government there are no party lines but only the constitution of civility where these rules of engagement or conduct, guide policies that are designed not to increase the benefit for special interest but seeks to maintain and prolong the stability of governance; thereby all to prosper. Righteous or for that matter secular politics was not meant for just the majority. Politics is really meant to uphold the foundation of justice; especially as God ordains it. Why? Because only three are perfect! God; the Father; Jesus; the Word and the Holy Spirit; the Advocate. Everyone else can be swayed one way or another based on their biases and hidden agendas. Given this; then as the Body, we ought to take our lead from the very Throne of the Kingdom of light.

Then, if we have read and understood why Jesus often uses Parables that deals with money for Kingdom purpose; we must realize that governance is a key and critical part in our responsibility as a child of God. For you cannot separate money and politics. We pay taxes for secular needs such as roads, infrastructure, and security; accepting this to be necessary for any civilized society. Then why shouldn’t all these needs be governed by the authority of God and by His Righteous appointments? The idea that church and state are to be kept separate is not a Biblical one nor is it a Kingdom principle. God established this in the Garden with the two trees of knowledge and Truth; which is reflected in most legal systems with the statue of “Lady Justice”; often depicted with the scales of balance and a sword or torch. The scales swayed by known knowledge or evidence and the sword or torch; the application of justice or truth. There is no doubt that God intended for the rule of law to be determined by knowledge and tangible not perceived Truth. Where Truth overrides and determines knowledge. Politics are to be ruled by these two pillars of Righteousness!

This ought to be framed and practiced within the church where the politics of religion is constantly in opposition to the Truth. Where God’s commands, declarations, and decrees are the rule of law for all who are in submission to the Word; and not the manifesto of the politically appointed head. Contrary to what has been stated over the centuries; the Apostle Peter is not the head nor his successors of the largest denomination in the world and the church. It is and ought to be Christ. For no Earthly being could ever substitute for Him! There is only one eternal head and He is our Lord; Jesus Christ and there are no successors to Him. Everyone else, to put it bluntly, are just administrators of His headship! These types of misunderstandings are why it is the Body’s responsibility and right to challenge any political agenda that affects government, church and the people. 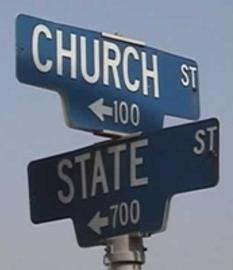 The business of governance is the business of Righteousness regardless of our personal agenda or affiliations; because when men decide their politics based on biases; we invariable lead ourselves down a dark path of more disobedience to God and His Kingdom; often crucifying Christ over and over again because we have not taken all of His Salvation benefits. It is very simple to vote on policies because our decisions should and ought to be based on God’s Holy Word. Some say the Bible doesn’t demonstrate sufficient information or diversity to address modern politics. That's like saying God is not the same yesterday, today and tomorrow; and His Kingdom is limited. How else can God’s Kingdom lasts through eternity without His solid and long reach of His law that establishes and maintains peace and prosperity for His Throne and eventually for the Earth. God’s politics is swift, precise and Righteous to anything that attempts to undermine it. Just look at Lucifer’s plight!

True politics maintains and promotes equal and equitable justice for all. This is how God ordained it. That the man may wield his will on everything except on each other. But by personal choice, we have equal and equitable benefits. These two cannot be separated and is a Kingdom standard that God is no respecter of anyone but applies His Justice, Blessings, and Grace based on what we bring to the table with our body, mind, and spirit. And even though the man has higher reasoning than say a plant or animal; these still are entitled to equal and equitable treatment. Why? Because the man is first the steward of God’s gifts and God’s mandate to use them to be fruitful and to multiply. This is why the wisdom of entertaining strangers, the less fortunate or political opponents is encouraged. Because these scenarios provide a possible Spiritual benefit that can manifest with physical rewards from God; based on our heart or view. Jesus spent time with several political as well as religious opponents. 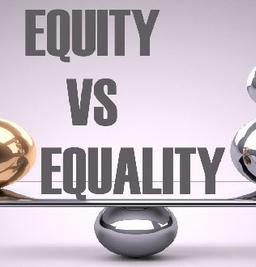 Any violators of these first two principles will then be subjected to the third; of dominion. This is because when one takes what they have not sowed, even though they are capable of producing; they essentially are judged by the Spirit as a thief, just as satan; and are sentenced for dominion by those who pay the price to be prosperous. This is why being involved in political policies are important as they lay the foundations that we operate from for our mutual benefits. This is the picture of God’s Throne of the Holy Trinity. Where God is eternally fruitful; Jesus is all about multiplication. And dominion is determined by the Spirit. Sounds too simplistic? This is where religion has complicated God’s goal of Fatherhood and allowed satan to cloud these issues of life and death which have affected our notion of politics and its arms of authority, governing and justice. In practice; anyone who does not seek God’s practical principles in their lives of being fruitful and to multiply is subjected to be dominated. Ultimately politics will affect our daily life, benefits, and prosperity. Then doesn’t it make sense to be involved to determine our equal and equitable benefits? We can’t be so narrow-minded and expect every good benefit of politics to belong to us.

Good politics and the principles of abundance is often twisted by dark forces into one of lack. Thereby placing people under fear rather than Faith. Have you not noticed that most secular politics is based on fear of losing rights, benefits, and voice? This is the forces of darkness in action. For when this plague the people; the society is ripe for chaos, and hatred; which leads to control and removal of free will. Most countries are governed by laws that seek to maintain peace and prosperity but when policies are introduced by special interest that seeks to undermine these then it should be obvious that they are not Godly. This is why it is critical for Christians to apply their political rights either with their body, or mind or spirit. There is no limitation in how one can contribute or be involved in politics for the cause of Righteousness.

As the Body of Christ; we have only one political agenda and that is to take the land as demonstrated by Joshua for when we are not involved and allow unrighteousness to bleed into our society; corrupting both our lives and infra-structures then we should not be surprised and just like Israel; we are taken captive for years into the wilderness of political strife and everything that is ungodly thereby foregoing the politics of God in all that we have been given responsibility for. For God established His policies of politics at the beginning and will in the end with the New Jerusalem; the City of eternal light for all who align their politics with His. 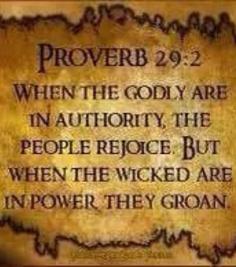