Ironically; Jesus’ first miracle of water into wine as recorded is with outsiders and not family. The Bible doesn’t tell us if these were saved people but what is clear; Jesus accepted the invitation and did not waste His responsibility and obedience to the Father when He was there. The story reveals a few things that would make Jesus so engaging to the three groups of people He spent most of His time with. Jesus did not allow any carnally minded bias that would prevent Him from being an instrument for God; for He knew well, where and to whose wedding He was invited. He was not afraid to engage for God to reveal the Glory with the instructing of the groom’s servants (not His) who experienced the actual changing of the water into wine. He was bold!

The people who are poor in spirit are those who see God so far above them that they are unworthy to be called sons and daughters of His Kingdom. Jesus addresses them first with the Sermon on the Mount because it goes directly to His first order of business of demonstrating God’s Love for His to be elevated above their slavery mentality to become His heirs; as demonstrated after this Sermon. To be clear; being in servitude does not mean you are to have a slave’s mentality as a child of God. A slave’s mentality is anti-god because it denigrates your image. But being in servitude with a servant’s heart puts God’s promises in their proper perspective as demonstrated by Joseph. Jesus reflects God’s Love with compassion and mercy for those who are so immature in the things of Righteousness. And regardless of their ignorance does not compromises the authority given to Him by God to deal with their circumstance. He shows and applies God’s Love with the raising of the dead as with Lazarus and Jarius’s daughter. Both died away from Jesus and required not only Faith but for the ignorant to be admonished and isolated from the resurrection of these dead persons. Jesus prioritized His Godly Righteousness with a range of emotions but doesn’t lose sight of revealing God’s Glory.

The people who are often referred to as Gentiles are those who do not know the true God. They are really people who more believe in themselves to better their lives and change from one thing to another to justify their actions. Yet, the Bible records at least two examples of God’s Love for them in the things that matter to them. Why? Because His Word and Righteousness cannot be separated from His unconditional Love for them. And because Jesus walks in God’s Love; His Glory is revealed to them. We often talk about the centurion’s Faith to believe only by Jesus’ Word will His servant be healed. But what is missed is the centurion’s love for his servant. Rome’s servants had no rights; no real consideration for their health or future; often being considered even less than their master’s dogs. This servant could easily be replaced. But because the centurion has unconditional love; unbiased love; his measure of Faith allows God to work through it by Jesus to heal his servant. I'd like to think if this centurion prayed directly to as Paul makes reference to; “the unknown god”; God would honor the centurion’s prayer and heal his servant but by God’s Spirit was led to Jesus so that there would no confusion who healed his servant. Jesus is unjudgmental to the unrighteousness of this Gentile as He is with the Gentile woman who stands her ground and reminds Him that the true God is a respecter of no one. In both cases, although non-Jews, these Gentiles act with more Righteousness of Faith and the Word than those inside its walls which opens up God’s Love for them and reflects Jesus’ own words of what is not gained when we only love those that love us.

As with the Pharisees and Scribes, many in Christian churches see their ministry walk as a member of an exclusive country club; where all things of God is only for them and don’t see the essence of being in the world and not of it. These people are criticized harshly by Jesus for not representing God and the Father’s Love as it is intended to be shown. This was done in Love! And to be clear this is all the church and not only those behind the pulpit. Which one of us are not more disappointed when those we put in the authority of others fail to uphold the integrity of our domain. God is the same and only wants these of His flock to do as He would. He wants them to Love as He does and is why Jesus is the perfected Son of man because He is willing to be unpopular, hated and despised for God’s Love and to love as He does with His fellow mankind. In these examples, Jesus demonstrates boldness, wisdom, discernment, and anger regardless of those who are onlookers because without an above-board leadership everything else will only deteriorate which hurts the Body and those outside it. We see this happening more today because many churches do not have God’s Righteous Love but their own invention of it. 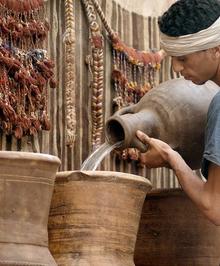 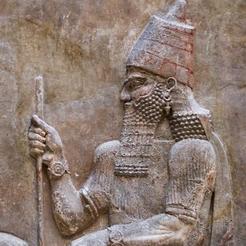 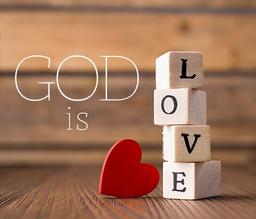 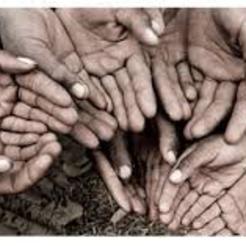 Jesus spoke to three main groups of people including the synagogue (church), Gentiles and the poor (ignorant) in spirit (wisdom, knowledge, and understanding). In every situation He spoke as the Father; being led by the Spirit. In each of these Biblical recordings; Jesus has to deal with specific issues that had personal, government and church biases. His tone, words, and actions are documented for us to recognize how a Righteous person ought to act. Jesus displayed a variety of emotions, expressions, and dispositions. All these were done in God’s Love for them; so that they would have the opportunity to come to their senses; repent and receive God’s Salvation and not their version of it! That was God’s purpose for Jesus; that all may be saved.

I recently heard a church brother talking about visiting and spending time with their non-Christian family and how awkward it was; especially with conversations. Then in response, another brother shouted; “Get me out of here”! Of course, this was said to lighten the story but reveals what many of us in the Body deeply think and have in our hearts when in such situations. These types of sharing only tell us just how much as followers of Christ we have fallen short of the Glory that Jesus displayed. Many of us have yet to walk in God’s Love for our fellow mankind. Jesus spent most of His waking hours and productive time with two prime agendas. The first was to share God; the Father and His Kingdom. The second was to spend with the lost. Jesus did spend a lot of private time with His apostles but it is not recorded as much; simply because it’s not the focus of the inspired Word of the Bible. The primary focus of the Word is to set the captives free. Like it or not; this is the Body’s call and it should be done as Jesus did!

God’s Love can never be compromised because it only holds to the core values of His Throne to keep it established. This is Righteousness where not only evil but even goodness does not compare and cannot hold a light to His pillars of omnipotence for all Eternity. And as in the beginning; for all under His domain to be and operate as His image to be fruitful, multiply and have dominion of everything physical but especially spiritual for the purpose of God’s Love; to be a Father and we; His children. For the greatest of these is Love!

Lastly and probably the most important; Jesus set the example for His apostles that were with Him and left an impression for them to ponder; a necessary tool for teaching. Just think if you were there; hearing and seeing Jesus walk with authority. Although not recorded; there would have been a buzz among the servants seeing the miracle. Also, the groom would have been infuriated with them after the guest left because of his embarrassment thinking the best wine was saved for last. The groom would eventually have been told by his servants of this miracle.

Jesus did this because He loves the Father and also loves His neighbor as Himself. He kept God’s will in perfect alignment; by putting God’s will first above His and secondly to apply God’s will to His neighbor; the way He would want to be treated. The two greatest commandments are not to be parted and parceled by our personal biases but are foundational to God who is Love and who sent His only begotten Son that whoever believes in Him will not perish but have Eternal Life. In whatever measure of God is revealed in our personal scenarios especially with those outside the Kingdom it must be done under the guide of God’s Love. Our limited definition of love is not God’s Love as Jesus revealed daily in His ministry. 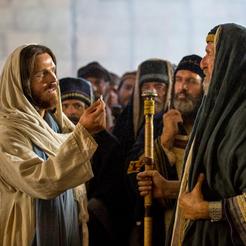 “But the greatest of these is Love” - 1 Cor. 13:13. It is the most challenging Christian action that all in the Body must do; not from an outward show but an inward one. We can’t really fool others with a surface love but more than that we can’t fool God who sees the heart. It is agape Love; unconditional and unjudgemental of the sinner. Now unconditional Love is not weak and it is not worldly. It is Righteous! To understand this we have to rightly divide the Word. The best examples of this are when Jesus is around different groups of people. This is because Jesus who being perfect is the ultimate representation of God as stated, “God is Love”. So whatever Jesus did, was done in unconditional Love.