Now, money can be used for evil in the wrong hands and especially with immature Christians. This is why John says prosperity to increase as one’s soul health increases or rather Spiritual acumen which includes wisdom, knowledge and understanding. Of what? God’s reasons for things in this world and the next. We were not created to be separate from His Heavenly Kingdom but to be enjoined to it in every aspect to manifest His goodness and Righteousness here on the Earth. God provides a two-tier approach to creating wealth and using it for Righteous purposes. The first thing is to put money in its proper perspective. It belongs to God. This is where the principle of a tenth comes from and is where the method of tithing is established. Now, some may not accept this and it is usually because of the abuse experienced from those who administer it. Nevertheless, it is Biblical! This is the same as Godly love. In the hands of deception it will not result in God’s goodness and Righteousness. The second tier is the caveat and foundation to all of God’s Kingdom ways and methods. We must do it with honor or rather a pure heart. This is recognizing who God is by demonstrating our respect and appreciation of Him. To fear (revere) Him! But why some ask? Think of it this way. We are designed to give, help and share more at a compassionate and relationship level. So why don’t we think God is moved the same way. Are we not in His image and we a mirror of Him? No one likes to deal with someone who is ungrateful, deceptive and sows distrust.

God is above human feelings having a higher stand on humanity;  which means He abide by principles which is what gives us the assurance the He is a respecter of no one and looks to treat everyone based on their works. Here works is not about physical things but one’s attitude of a person "working" towards something; which is ultimately being completely Christ-like. This is the difference between good and becoming Righteous. Even unsaved and ignorant people can be good before God because their attitude is akin to His even if it is for a moment in time. This is His Grace! While; a good Christian sees having money to provide for their needs and wants but a Righteous Christian sees money as a means to promote God’s purposes of Salvation and His Kingdom. 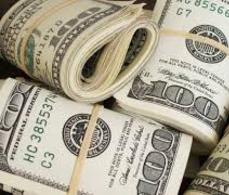 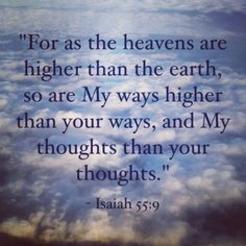 Often, the spoils of war; the wealth of the enemy is taken by God’s people and the Bible promises the wealth of the wicked will be transferred to those who are Righteous before God. In some cases; God instructed them not to take it usually because it was tainted by unrighteousness and spiritual evil. Having or not having money is not a condition for Salvation but once one has received Salvation; money and wealth are now under God’s direction and intended use of it. Even the wealth of the unsaved is used for God’s purposes.

Christians cannot avoid the use, saving and investment of money because to be a Christian under God’s Covenant we are called to be responsible and answerable for it. Jesus makes the case that using money Righteously is being a Faithful steward of God. So, having a mindset against money and wealth as a tool for Kingdom and personal purposes is actually anti-god. To think that gaining wealth is selfish and evil is to operate under the misunderstanding that God did not ordain it. We can say the same thing of the two greatest commandments. First, to love God and then your neighbor as yourself. First, if you love God; then you ought to love all of Him and all of His Kingdom ways. Secondly, to love your neighbor is to love them as how God wants you to and not how you or they think they should be loved. God’s love is really about a holistic love.

If money is so evil; then why does the Bible make so much reference to it as a benefit of walking in God’s favor? To be clear; money includes all forms of wealth and not just the physical man-made representation of it. All the big icons thru the Bible had money/wealth either practically or by land, animal stock, and resources. That would be equivalent to a 401K, stocks or treasury bonds today. Money is good! Money of itself is not Righteous but by its use it becomes. 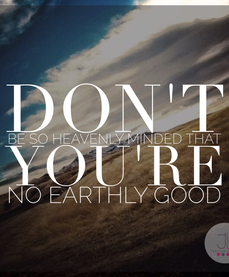 At the start of Jesus’ ministry, He was invited to a wedding. The very first miracle recorded. Well, this wasn’t a poor man’s wedding but a family of wealthy means with similar guests. We know this by the enormous jars of converted water into wine and the exclamation of the guests regarding the groom saving the best for last. In today’s terms, it would not be the $20.00 but the $200.00 or higher cost wines. Jesus by the will of God is among wealthy people. Yet, Jesus as recorded did not preach Salvation. Maybe, because these people did not need Salvation. Then for the rest of His ministry He spent mainly with the physical and Spiritual poor. Why is this? You don’t spend precious time and effort with those who are already empowered but those who need freedom from mental and spiritual slavery.

Everything in this world requires money especially the church. So as Christian’s it would be better to give generously to ministries without the heavy concerns that the world puts on us which includes debts, mortgages and the cost of living. To be a blessing to others rather than being the needy. These others are not the Body of Christ but those outside the church; because with Christ all our needs are met by God and He grants our desires as we grow up in Him. These others having no Salvation and being blinded by the world into darkness need the light of God, which is you and I; to provide a way out of their spiraling depthless pit. However, it is done; revealing God’s Glory should address both the Spiritual and physical needs of the lost. Jesus did this with both of the feedings of the multitudes. Because before the lost can become a doer of the Word; they should have Faith in a God who also care about the daily issues that they face which is usually meeting all their monetary needs.

This is why Jesus taught us to pray; “Your Kingdom come as in Heaven”. God made money and wealth as a precursor to the building of His Kingdom. Now, before the religious mind shouts me down. This concept is the same as using a fallen man or woman to become a promoter and more importantly a testimony of God, Jesus and His Kingdom. Basically; He is undoing what satan destroyed with his lies and deceptions such as the taking out of context; “the love of money is the root of all evil”; not completing the verse and qualifying this with, “some have strayed in greed”. If you love money and become greedy for its sake; then you automatically come out of the will and love of God; making money and wealth one’s idol or a god. We must as Christians learn and apply Godly principles to enjoy His Kingdom benefits.

In practical terms; you can’t fully love God if you do not strive to attain His fullness for you which includes Spiritual and physical health in the body, mind and spirit. And for your neighbor; you can’t do it without again achieving your fullness and helping them with the same which is ultimately loving God as in the first commandment. The least way of this is with money but nevertheless a tool of the Kingdom. As Christians, we can’t say to God we need money and not complete this need by not wanting to use it for good and Righteous purposes. It would be like saying; we need the love of God but not wanting to give it to others. God blesses us with money and Spiritual gifts to be a blessing to others; just like His love. Money is just another form of Grace that is received Spiritually but given physically. This is a prime method of the Kingdom. That is to give without duress so that a harvest can be received. This is the law of sowing and reaping and speaks to the unfortunate axiom of; “Too heavenly minded; no Earthly good”.