God’s requirement for humility or to be humble is for His Grace and Blessing to work, because this Righteous act performs, enact and is in obedience to the first command of respect. To be in fear, reverence to His will! Anyone born again are not slaves but equal heirs of the Kingdom and the religious mindset to be in complete submission and servants to those in authority on a podium no longer holds, because of the Cross’ work.

To be in submission, or to be humble to anyone in the Body is based on the caveat as outlined; that we will know who represent God and His principles by the fruit and the operation of the gifts manifested in those who act with authority. We are told that many will use the name of Jesus; yet will be rejected by Jesus because they are not authentic in their work to represent Him. Why is this? Because even satan comes as an angel of light. With a Righteous discernment, we are guided but especially by comparing with the examples set by Jesus; His Apostles and Paul. God is a respecter of no one but by our Righteous walk manifest His Glory through us as orchestrated by the Holy Spirit. We have been told to judge or rather discern every spirit because satan is the deceiver and without Spiritual eyes; many have been fooled into decisions that separate them and others from God including His will to act as Christ did. 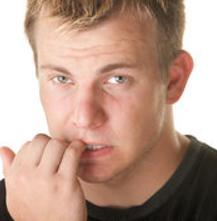 Now, let's be clear; heirs of God’s Kingdom are neither boastful nor are they prideful or tyrants to their fellow man. No! God’s heirs are Christ in this world. They are first servants of the Word and secondly edifiers and admonishers of the Body of Christ. They are Righteous and then good respectively!

Jesus prayed, “Your Kingdom come on the Earth as in Heaven” and not “goodwill to all men”. Well; if Jesus was acting in humility as the world and religion defines it; He would not be the contender that revealed God’s Kingdom and cause the world to be in fear of it. For who fears someone who is timid and keeps their eyes and head down when being spoken to? Jesus had an undeniable presence where those who are unsure; is lost in the crowds.

This is the evidence of the Anointing that despite the circumstances that one finds themselves in, the proactive nature of the Spirit is revealed by your spirit in the actions taken. That the promise of the Advocate is seen through the saved providing the words and actions that reveal God’s Power. Can we say that the Holy Spirit acts in humility or humbleness? No; the Holy Spirit acts with boldness and authority! Hardly the reflection of anyone who is walking in submission or afraid of their own shadow. Unrighteous humility or humbleness does more damage to the work of Christ and is why many in the churches are not exercising their gifts and authority given to them by the Blood of Jesus.

The Word tells us to humble yourself so that God can raise you up. What is the Word talking of; for the Son of man was not someone who walked in humility as the world defines it. The world defines humility or humbleness as being meek, modest, lack of pride or submissiveness. Yet, these are not traits of anyone who is to inherit a kingdom or have the rights of an heir. It should not be the behavior of any child of God and it certainly was not reflected in Christ! And before some quote the Sermon on the Mount when Jesus said, ‘Blessed are the meek” which most scholars agree is not accurate but should be; “Blessed are the (gentle)”; presenting a complete different picture to be Blessed.

Submission in worldly fear can never take the place of wholehearted opinionated obedience. This is not the type of humility and humbleness that God is talking about; nor is it the false humility that is displayed especially today by some who is often referred to as a Humblebrag. A Humblebrag is usually identified by someone who displaces praises from others while at the same time declaring their own acumen with the intent to ultimate draw and keep the attention on themselves. This essentially is deception and is a prime work of satan. We are told to make our words and actions to only reflect yes or no; thereby leaving no doubt as to what is the Truth. False humility or humbleness can never achieve that.

Now, Jesus is referred to as a lamb and many use this to say as Christians we are to be submissive; reflecting humility and humbleness. Yet; Jesus’ act to be a lamb is for God’s Glory and not His. Also, when Jesus did this He still maintained an attitude of boldness and authority especially when He was brought before both the Roman and Jewish high courts. To be clear; silence does not mean you are in submission or afraid! Every action Jesus did was because of the Anointing which is our rebirth birthright! Because Jesus walked in perfected obedience to God's will, He was able to challenge, overcome and alter certain mindsets that insidiously enslaved His people. He did this with the boldness of God’s Word, the gifts, and the Spirit. What He never did and has set our example; was to supplant His name above that of the Father. He remained humble to God’s will and it's Power. This is why by His name every other name must bow. Jesus humbled His name to place God’s name above His. So we now, humble our name to place the name of Jesus above it; thereby placing God’s name above ours. 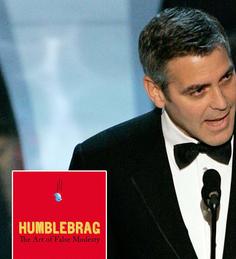 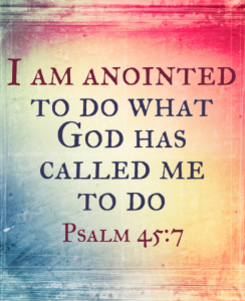 Jesus did not treat everyone the same but by their level of Righteousness and Faith recognized and acknowledged them. He treated those who used their measure of Faith with more respect than those who used their position for unrighteous faith. He basically exposed those with false humility and humbleness because they did not practice what they preached. With false humility; there is no Faith and every work of dissension. This is because it’s another side of pride which becomes self-evident as one lies to themselves and others thereby producing facades that only mislead others which enables confusion to take hold within the Body. This is why the Body must act as Christ did being resolute in their thinking and actions. The Body has one prime mandate and that is to become the Righteousness of God. When this is in progress and is done in degrees; then genuine fruit and the gifts of the Spirit begin to manifest and this certainly does not include any wrong thinking and false humility or humbleness.