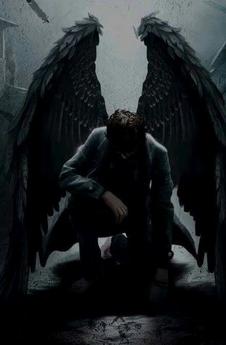 God answered the fallen angel’s corruption with His image of Righteous flesh and by unrelenting obedience to become Righteous by His Spirit; which is the overcoming Victory to place the corruption under His feet which was attained by Jesus and became justified for all eternity. The same is by our adoption. In mortal combat; the mind of Christ wins all the time. Warfare may be in the spiritual realm but only with the spirit, mind and body in obedience to the Word and God are these spiritual attacks reduced to vain attempts. This is satan’s legacy!

To know satan’s final Truth paints the reality of his demise and our Glorious inheritance and heritage. It makes all the difference when his name pops up and how we acknowledge him. The Cross made his history the past and ours the future regardless of how many tantrums he throws. Yet, it is sobering that many not only outside but inside the church will still be lost due to this defeated foe as the saying goes. It isn't over until the fat lady sings. His name satan; after all means, adversary! 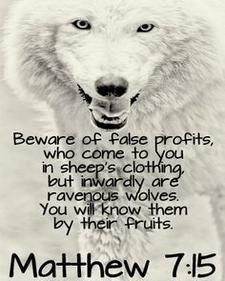 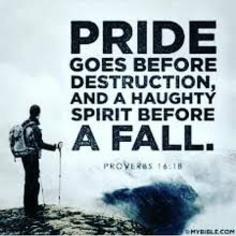 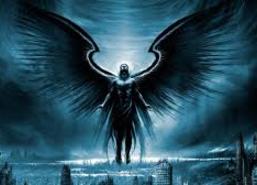 We don't think of his past but his present and future. Having disdain for him as we would any repulsive organism like flies or maggots. For us, we tend to avoid and ignore his presence until something really goes bad or sour. Then we bring him to memory and blame him for all that has besieged us. This adversary only is spoken of inconveniently and often sidelined to Jesus and God. And because of this casual acknowledgment, many in the Body are constantly steamed rolled over and devoured by who we now call satan or the devil.

Maybe it is because he, satan; is a blip on the radar of Biblical history and is never blamed directly for any trials or tribulations that many faced. For many, especially those unaware of the spiritual battle; it would seem that these afflicted people suffered from natural causes and life's misfortunes. And regardless of the exception of the possessed man with the legion of demons within him; there is practically no credit given to fallen spirits for the plague of problems that beset mankind. Only Jesus and a few others are recorded as having been tempted. And despite his infamous crime; satan has gotten very little to no billing in the Bible, and with most people; especially those in the Christian life.

This may be because satan operates in the shadows only to irritate us by the flesh into sin. This is where and how he does his best work. Almost as a contradiction in motion. The father of pride and ego does not seek recognition of his mischievousness but only the result of it. Like a wet work gun hired to eliminate all those redundant and in opposition to devious agendas. He, satan is psychotic and insidious when it comes to killing, stealing and destroying everything God holds dear and precious. He does not do frontal attacks but with cunning; he pricks you when you least expect it causing you to go into confusion and leads you to your demise. This is what wolves or hyenas do. They wear you down until before you know it; you have cornered yourself, succumbing to the faith of fear, fate and of a sure death. He, satan gets you to accept your death by your own hands.

We have made satan a part of religion that many have degraded and quagmire into despite the empty grave of Resurrection. For when we accommodate his treachery; it pushes us to reach for Jesus to appease our own self-inflicted wounds. And once this has been ritualistically sanitized; we repeat the process over and over again giving satan and Jesus equal time; year by year, month by month and day by day. Without this equal stage; many of us would have no reason for Faith or the church. So we build up only to tear down because many see but do not perceive and hear but do not receive the Truth that is the legacy of Jesus Christ and ours by the new birth. That is; we are Victorious over satan!

Yet, the Word tells us we know his devices. So why do many falter when to comes to satan’s weak efforts to devour us into sin? Unlike satan; many Christians have an identity crisis. And this alone makes many Christians struggle with their Salvation and its Kingdom authority. He does not require brute strength or fearsome terrors to drive us but by his oversized head, he wields strenuous influences despite his feeble nature. He has taken what is ours in Power and have become more proficient with it than we have. He is a profound, persistent and consistent character of words and actions. Yet, not as a nagging complainer; but a subtle and slithering tongued orator and conversationalist. He, satan; is a politician.

If we were honest with ourselves; we might admit we admire him as stated for being a consistent cuss. And for many in the Body; a quality despite our Spiritual heritage; fail to have and do most of the time; thereby resulting in daily challenges in our Christian walk. This one quality or lack of; either makes or breaks us. And in addition to this; whether or not we acknowledge the Spiritual war. Many fail to plan, prepare and practice to actually do battle with satan and his fallen armies. We tend to roll the dice as it were with him to see if we can avoid him even though Victory is assured by Jesus and His Blood. We give satan too much credit on the face of it rather than recognizing his lack of substance and his current status as the defeated foe of God's Kingdom and His heirs.

What do we see? We see our troubles but do not perceive the falsehood of it. What is it we hear? We hear the Word but do not receive it for ourselves. We have made the intangible real and the tangible unreal because we think with the flesh and feel with the spirit. This is the opposite of what Jesus taught us but is the exact thing satan used to deceive Adam and Eve. The moment Lucifer raised his own horn to himself; he fell into deception and became the father deceiver to all things living and dead. His goal is not to be the icon of destruction but only to whisper to us our own demise by the words and actions we dictate.

When the unsaved imitates this they remain in ignorance but when the saved replicates this; they sin and fall into the same great deception that overtook Lucifer and flung him into the corruption of darkness where not even Grace can penetrate to reprieve and retrieve what is lost. The Light for Salvation! This is why repentance is personal and should only be weighed on the individual who must carry and present it before the Throne of Mercy to allow Grace to erase its stain. Lest just like satan; become an eternal fallen one by the blindness and guilt of pride's self corruption and ego.

What we must understand about satan is what is inherent in the corrupted seed of sin's disobedience that courses through all of us. And that is the insatiable appetite to be satisfied. It is not the spirit that wars within us but the flesh. A flesh that the mind struggles to reconcile with. Why? Because as Lucifer’s spirit began into corruption from pride; it rapidly debased into the mind of the flesh. Of becoming insatiable for things of corruption to satisfy the temporal flesh. It is why God created a Righteous flesh.