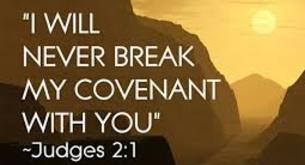 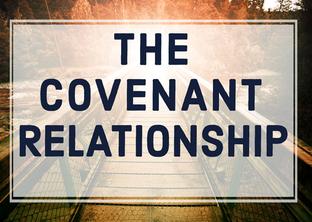 All covenants have terms that are not negotiable and cannot be altered as they form and frame all other conditions and benefits of the covenant. God’s covenant has several foundational and unmovable conditions that both He and man must adhere to for the covenant to work. These include foremost; 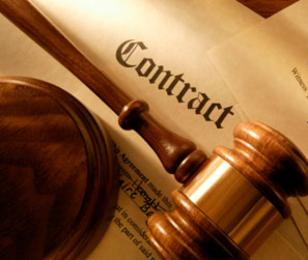 A covenant is an agreement of any whereby two or more pledge to uphold the terms of the covenant. It is meant to safeguard each member against outside influences that may either be positive or negative to the parties involved. The covenant gives a clear understanding of each other's expectations, rights, and privileges. As Christians; our covenant with God is everlasting and cannot be broken and unlike a secular covenant has no limitations or is controlled by special interests. It is a blood covenant. The use of blood is used to symbolize the binding between the parties and is a metaphor of, “on the pain of death”; meaning before one breaks the terms of the covenant, they would rather be put to death. For Christians, there are two blood covenants.

God is a Spirit and requires a Spiritual covenant. This is the key to His covenant and because the Jews lost their heritage due to enslavement; whatever remnants of it did not have a solid foundation, having been mixed, revised and reordered by outside and pagan influences. This Spiritual covenant required a separation of the Jews from other tribes and cultures so that it could be applied in the terms God wanted. A covenant implies a sharing of minds, thoughts, resources and actions. God does not require a covenant to be associated with His people and or creation but chose this platform to establish a covenant relationship which is the best form to use whenever a covenant is made. A covenant founded by relationship usually requires a significant sacrifice from both parties, in the Christian case; from man and God. 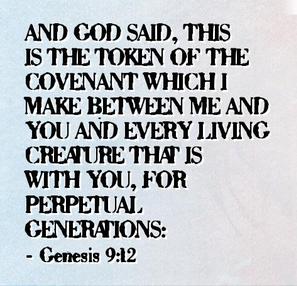 The first covenant was sealed with the blood of animals because no one was worthy enough to be sacrificed for the covenant. In addition, even though a child’s blood could be considered pure and innocent, by the nature of why the covenant came about prevented such blood sacrifice, especially as it was considered that no one born was not blemished with sin due to the fall of Adam. The covenant requires a pure, unblemished and innocent sacrifice. So no matter how many animals were sacrificed, it could not satisfy the requirement of the first covenant. This is why laws were given by God to guide the Jews and keep them Holy before His sight. Ultimately, the conditions of the covenant were not fulfilled because man operated more from a carnal viewpoint rather than a Spiritual one.

For God, the covenant is progressive and is reflective of the status of His ultimate creation of man. What this means is that as God fulfills His declarations; then the current covenant may advance to another stage as the previous old covenant did. God is the same yesterday, today and will be tomorrow; and as previously stated requires no covenant to be recognized as the eternal and supreme God of this planet, others and the universe. For God is timeless and boundless. A covenant is a physical construct used to order, organize and implement shared concerns and visions. The man is neither timeless nor boundless until he has been completely transformed into the current image and form of Christ, which is both physical and Spiritual as one entity. By this very progression of the human condition, the current covenant will be advanced to match man’s elevated status.

The second covenant is sealed not only by physical but also Spiritual Blood. The Blood of Jesus being Spiritual and that of man, physical. Jesus, the Word became flesh only to be sacrificed to become an everlasting Spiritual Blood sacrifice. The man’s sacrifice of blood is symbolic as in giving of his life by dying to the flesh onto a Spiritual life. The sacrifice of both Jesus and man are symbiotic and is the metaphor for the covenant relationship. This current covenant enhances the first covenant by completing and merging the original intent that flesh could not do, but by the Spirit is accomplished. Therefore, making the new covenant Spiritual and eternal.

1) The first two main commandments to love, honor and respect God and then man respectively. Without a mutual acknowledgment of what each member of the covenant brings to the table, there can’t be a clear understanding of the other covenant terms.

2) To first seek His Kingdom; the foundations of His Throne and ways of the Kingdom. Every covenant requires a way of thinking, a mindset to main unity and a common approach for a practical application of the shared goals and visions.

3) To not blaspheme the Holy Spirit. All covenants or agreements require an impartial advocate to keep both parties within the guidelines of the covenant. The Holy Spirit is that counsel for man but also is a key component in God’s make-up within the Holy Trinity. An advocate requires respect and a clear appreciation of their role for them to be effective.

4) To build a relationship based on the law of seedtime harvest. A long lasting covenant needs to have a built-in safeguard for integrity and to be ethical in its approach, deliberations, and mandates. By placing the application and responsibility squarely on the main benefactors of the covenant ensures fair play, justice and equity for all in the covenant.

5) Last but critical is to recognize the reason for the covenant in the first place. God is our Father and we are His creation for heirs of His Kingdom. Without focusing on the prime foundation for any covenant, the conditions will have very little value, especially during times of misunderstandings, growth, and sustainability.

The covenant between man and God is established to breach sin, destroy its yoke and build bridges for Love, Faith, and Grace. It should never be taken for granted as this is interpreted as a personal abuse of the covenant relationship.

This is evident by the pattern of the old to the new covenant; for as man operated from a dark perspective prior to Jesus, and then with a higher Spirit into the light after Jesus; then it is reasonable to expect since Jesus is the first of His kind and man will be after Jesus’ kind; the transformed man will be required to operate under a higher Spiritual covenant. An insight and a key distinction in the Spiritual covenant is that as Jesus sits on the judgment seat, so will the transformed man also and judge the angels. The current new covenant does not give man this privilege and responsibility. As with all things with God, there will be an association and connection to the past covenants, which provides the foundation as with the new from the old, overriding certain aspects of the previous covenant or rather has been transformed into a higher meaning of the old covenant principles. The lowly blood of animals into the higher Blood of Jesus is a perfect example of this higher transformation.