A first principle of God’s love is to be unconditional, meaning not to pre-judge the scenario that one is dealing with, regardless of any known knowledge. Now, that may sound contradicting but it is a principle that allows love to work. Our first example of this is in the garden. After Adam and Eve sinned, they hid when they heard God in the garden. The picture here is that God could not find them, but this of itself cannot be true, because as God, He knows and sees everything. What the author is trying to convey is that God is patient and non-judgemental, wanting to know and hear the reason for your actions. This is why God’s love is unconditional and so should ours be. Jesus demonstrated this first principle on several occasions during His ministry such as dining with the Pharisee or listening to the lawyers, even though He knew their thoughts and that they were just looking for a reason to discredit and make a spectacle of Him; and also teaching, “what reward is there in loving those who love you, but be perfect as God is perfect”. 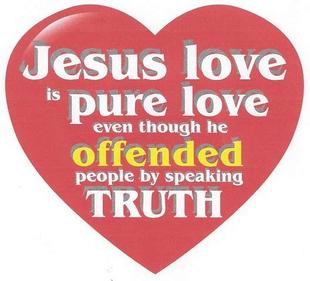 A third principle of God’s love is sacrifice. The most obvious sacrificial love is to take someone else's place for death. Of course, we see this throughout the bible and with the culmination of Jesus on the cross. There is no more need for that kind of sacrificial love but is practiced more under certain conditions, being a personal choice and has within it a worldly view. A worldly person who “takes a bullet” for someone and dies not having received Salvation will still go to the pit. This may not seem fair but again for love to have all its benefits, it must be applied under God’s conditions. When Jesus tells His disciplines to love as He has loved, and no greater love than one who lays down His life, there are two conditions for that love. First to keep the commands and the second to be a friend and not a servant. Jesus is telling them that under these conditions will they remain in love and be effective in their ministry.

There are two main kinds of love. The world’s love and God’s love. It can be difficult for many of the Faith to understand and appreciate this because love is usually promoted from a worldly view and the mixing of traditions, cultures and social graces within the church only adds to the application of love that weakens and compromises the love we are commanded to have. As Christians, we must define love only from our God’s perspective in His decree and in how the Bible demonstrates the use of love. We are not to be of our own mind or the world’s when it comes to the things of God. To put it in perspective, consider that we are called to be workers in the field for His ultimate purpose and that is a harvest of souls, then as stewards being mindful of the needs, wants, and intent; we have no choice but to work as He would have it. Love is a tool for the harvest and must be used in the proper way as the owner; God intended it to be used. For God, it is based on the principles of His Righteousness, which is how God wants everything ordained, decreed and given to be used.

Both kinds of love do have common ground and will produce a desired result but at different levels of quantity and quality. Consider the use of a wood saw, of it it is designed to saw through lumber and anyone can use it by applying pressure in a rapid see-saw motion. There will be a result of cut sawed lumber. What most users do not know or recognized by inclining the saw along the lumber produces a better result and more efficient cut. This is because the teeth of the saw as a specific profile that slices through the lumber when used as designed. The application of God’s love is the same as it is designed with innate laws and purposes.

A second principle of God’s love is to do right, especially when it pains you or is uncomfortable to do. As Jesus said, “we are to be perfect as God is”. God’s love is actionable and so should ours be, not as the world’s way but guided by Righteousness. When Adam and Eve fell from Grace, why didn’t God forgive them, slap them on the wrist and love them as naive kids who fell because of being fooled? This is because God’s love is under His principles of Righteousness. He had no choice but to decree the results of their disobedience, not randomly but by His Word and sovereignty. Some say God had to punish them for their actions. There is no truth to this for it does not follow the patterns of God’s Righteousness and more points to a benevolent being that is ready to inflict fatal punishment for the enjoyment of it. God placed the object of temptation in the garden for one reason and that was to have Adam and Eve exercise His gift of free will. This principle of loving in Righteousness is seen throughout Jesus’ ministry and the early church. That, regardless of trials and tribulations, persecutions and even the pain of death; those saved only seek to love God out of obedience to Him, His Word and not to be offended by anything or anyone.

The same applies to us at whatever level one is called at, but even more for those who have the responsibility for followers of Christ. As a servant, there is only compliance like lip service or doing something out of compulsion or duress; but as a friend, we see and understand the reason things are done a certain way. This is why Jesus says, “Lay down one’s life for a friend”. A friend here is defining acceptance as in Salvation because Jesus’ crucifixion paid the price for “friends who received His gift of Salvation” as opposed to the “servants of the law as in sinners who rejected Him”. One has to be a friend of Jesus for the love of Salvation to work. This why good people who love even better than most Christians still cannot receive Salvation despite all the sacrifices they make for the human race.

A fourth principle of God’s love is peace. This is often misunderstood that we are not to be angry at and be concerned about issues. The Bible is filled with God and even Jesus demonstrating anger. Of course, we err on the side of patience, tolerance, and control. We are not to look for a reason to be angry, but for one to be at peace. But there are times when Righteous Indignation will lead us to be angry over a scenario. The key is by the Spirit. Jesus clearly stated as He ministered that all He did and said was of the Father and this would include events like calling the Pharisees practically 7 times, “You brood of vipers!” He is not smiling and giggling as some do when trying to admonish brothers and sisters of the Faith. No, He is shouting, and not concerned that He is pointing fingers at them in view of everyone. This is tough and Righteous love at its highest calling. Jesus is not out to get the Pharisee but to wake them up and those who were listening and saying, “as a hen longs to care for her chicks, so does He”. Soon after this outburst, Jesus returns to teaching His disciples and preparing them. He went back to being at peace. The thing about anger is to never let it turn into strife or lead to sin. To be at peace; is knowing that anger has its purpose but is controlled by the Righteousness of love. This principle for love is also about not fearing, having anxiety or worrying because these types of “sins” hinder the Blessing.

The act of agape or God’s love is about being perfect as the Father is and this is what Jesus shared in the time of His ministry which led to His works being Blessed and effective. It should not be treated trivially but used and expressed with purpose, power and Spirituality for the effective work and demonstration as one of the fruits of the spirit. 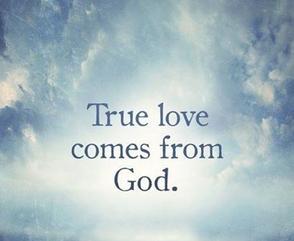 The act of love never fails when done with the right attitude of the heart. Too often, Christian’s do not apply the Righteous principle of love. For many who do not know or understand this, means they apply love resulting in compromise and allowing evil to take advantage of the body of Christ. If God is love, then is Jesus. Jesus clarified all that existed, stating “think not I am here for peace, for I come with a sword”. His purpose is clear. He came to set the record right, not for man but for God. A sword is used for one thing and that is to establish the rule of authority. It does it by piercing, slashing and deflecting. When Jesus came, we can see the metaphor that He was the sword of God to pierce into the traditions of men, like the law; He slashed or cut away the redundancies or dead parts of the law and He deflected the rebellion against the Word. In other words, He subjugated and put down everything that raised, exalted itself above the Word, God, and His Righteousness. Jesus was and is the example of God’s kind of love. 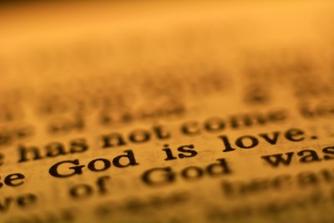