The “Blood of God” in all its purity, Spirituality and Righteousness has been spilled, sacrificed and sanctified by the physical Blood and Spirit of Jesus, which is essentially one of the same kind. Before this, nothing man did could fully restore, amend and perpetuate the Covenant that was started. Jesus is the pure, untainted sacrifice that made “Blood thicker than water” and made not only the Eternal Covenant but more importantly the relationship between man and God pure once again. The blood of man should never be taken for granted and mixed, adulterated and transmuted; because without its original “kind”; the very spirit of man will be unable to connect with the Spirit of God. God ordained Blood and foresaw the darkness crime against it, but made again the authority to bring all things under the Blood of Jesus including every name to the obedience of and “in the Name of Jesus”. That Blood and Name is the body of Christ’s birthright and can never be removed ever again.

Throughout the centuries this challenge of God has constantly been dealt with by different means. The Bible is not clear as to why these abominations continue with races that Goliath came from but now reveals that man is the controller and defeater of such things that exalt themselves above God. Why is this possible and not before the flood? God has to plant, wait and harvest a seed for His plans. God is waiting for the Blood of His Spirit to show up in a man or rather for a man to take the birthright of His Spiritual Blood. We see this with Joshua, David and other men of God. Whenever the blood of man courses with the Spirit of God, it becomes a royal Blood for God’s will. The man’s blood is empowered with the “Blood of God” which is the Spirit of God.

It has always been satan’s cause to destroy this blood relationship with God because he was told that’s how the redemption would come by a man who would be pure Blood and of Godly Spirit. God stating, “By one man came disobedience, resulting in treason, and then by one man will come obedience, with the Covenant re-established”. This effort by satan continued by any means including slaughtering the first born because they would be “first blood” to the throne or household; tainting of blood by mixing with other kinds and today by aborting human blood; infecting the blood, and transmuting the blood by any means through sexual morality and transhumanism. All towards blinding and binding as many in bondage to be separated from God, to be condemned into darkness.

The blood of every creature including man has its meaning and heritage from creation. There is no reference to blood in all of creation’s story but it has it first inference with the creation of man. The man is the only creation that God makes it known that he is in His image. This image, as well as the breath, is referring to the Spirit of God, and its counterpart is the blood that coursed through the body. The blood provides life in all its ways to the entire body, internally and externally. There is nothing of the body that the blood does not touch and can do without it. The blood for secular man is at the highest point on their totem pole and for the saved, it is the very thing that redeems them into a higher Spirit of life. Without blood, there is no life, but with the Blood of Jesus, there is life everlasting.

When did blood become the symbol for death and life? For those who would remain in the grave and for those who would be resurrected into Heaven. The obvious answer is when Adam and Eve died Spiritually having made the choice for death, rather than staying in obedience for life. But this Spiritual death did not make them die physically but only resulted in the separation from God. It created a rift in their relationship but did not disown them. This is critical to understand; that although the “spirit of Fatherhood” was broken; the blood maintained family hood. Hence, we often make the statement, “blood is thicker than water” and the parable of the Prodigal son is a perfect story for this bond. 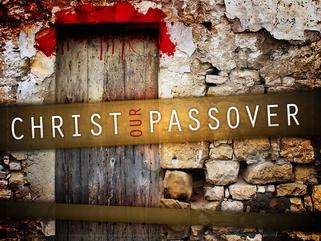 God leaves man for the first one thousand years and then makes a radical decision, to destroy all except a remnant of man. This for one reason. To prevent the complete infection, tainting of the human blood by the anti-spirits of God. For the sons of God produced a mutated human race by mixing with women. God wants no mixing of the blood except with it’s own kind. The blood is what makes us, not the body. The enemy knows just how critical is the physical blood to the Spiritual life of God’s people and seeks to do everything to make it impure. God has no choice but to wipe out every human abomination and start over. When God makes a plan, He seeks to always fulfill it. For us, it’s to have this symbiotic relationship which started in Genesis and is to be fulfilled in Revelations. 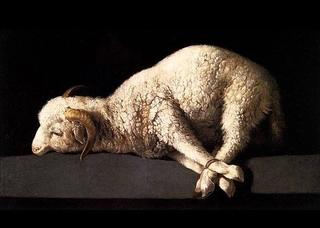 There is nothing more important and critical to the promises of the Kingdom of God. We can have all the love the world needs; all the authority to do good things and all the wisdom, knowledge and understanding to be the greatest leader of men. But without the Blood of Jesus, it will not avail onto Righteousness, which is right standing with God. The symbolism and the power of blood have been recorded in every Nation’s history as a birthright; a prerequisite for royalty, power, and even a need to just belong and be granted the basic things of life. The blood has power and is essential to all living things and also has significance even for the dead. We cannot do without the Blood.

The first blood to be spilled was probably that of an animal as Adam did all he could to survive and make a life for his family. The blood is first recorded to have Spiritual significance with Abel’s death when God stated that his blood “is crying out onto Him”. The blood in this setting is used as a metaphor for Abel’s spirit and this is what is crying out to God. Later on, as the Sons and Daughters of God are revealed; their very Blood will “cry out to God”. Without the blood, there is no physical as well as Spiritual life as it was intended to be. A Spirit operating in a physical body. We cannot escape this fact but more importantly is the relationship between the blood and the spirit. It is not only a requirement to live but more importantly is to have a life. The blood is used for both and requires a clear understanding of what is permissible. 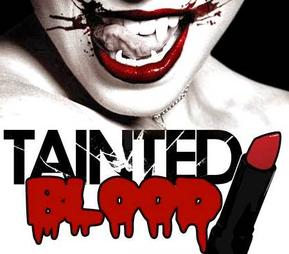 Ultimately, blood is the symbolism for life; to give, maintain and sacrifice for it. In the early days of the human race, there has always been the need to connect the physical to the spiritual. This heritage was passed down through the ages by the utilization and physical sacrifice of an animal or human blood. The animal’s blood offered was used as a substitute because human blood was unacceptable to God. One can say, animal blood was more “pure” unlike human blood in the sight of God. For human blood, it was not only because of the duress caused by such pain but more because the blood was tainted, being Spiritually dead and no longer pure to be a perfect sacrifice to God. This requirement for the perfect sacrifice is later seen in Jesus and is a metaphor for the tithing and the first fruit sacrifices. It is why God required Abraham to seed the “sacrifice his son’s innocent blood” to bring about the only Blood sacrifice that would be Spiritually acceptable.

When Cain took Abel’s blood, he committed no crime because there was no law against it or rather not yet ordained by God. This death essentially made Abel’s spirit unable to function in this world, and it drew God’s wrath on Cain. Cain’s punishment is essentially the same as Adam’s; to struggle to live and be an outcast. For God, the spirit has more value than the blood and both were intended to co-exist for the Godly man. God frowns and becomes wrathful whenever this relationship is undone or abused; both by spirits as well as by man. Just as adopted by many of the human race; “pure blood” is prized and sought to be kept. When God decided to create a physical world to be the counterpart to Heaven it was meant to be a symbiotic relationship between the two. This relationship was sealed in blood and was to be an eternal covenant. The Bible is clear that all creatures would produce after “their kind” and that’s the same for a man. The Covenant would have been kept as long as the “blood” was pure as the spirit was to be kept pure.