But some say what about the sinner who comes to hear the Good News? When did Jesus invite a sinner into His Father’s house to discuss Salvation? He went to their abodes but never allowed the Sanctity of His temples to be marred by the sinner’s abominations of sin. Jesus did not miss a beat to confront sin and He clarified how the Good News is presented as seeds that either were not received, fell on stony ground, had to root, and were strangled by thorns; but those that fell on the good ground took root and produced fruit not only for that individual but for others as well. In practical terms when a sinner is sowed the word but still willfully rejects and attends that church then the Body is criminally complicit for allowing that person in who reflects abominations, especially irreverent sexual immorality that debases God’s creation and that God hates and commands it and them to be outcasts. One cannot serve God and mammon at the same time! And there is a difference when a sinner moves toward Salvation rather than just dances around it.

Jesus prayed to the Father that we; His Body remain in the world but be protected from it. Well, is it not noticeable how abominable the world is becoming? This is not only because the end is near or evil has become bold. It is because the church as a whole did and does not stem these abominations as they were charged to so that the people would be able to rejoice when the Righteous rule instead of weep because the wicked is in power. It all starts with one's self, and continues with the family and finally with the public town square. The advent of boundless technologies has furthered abominations in every aspect of life and has no restrained, regardless of age, sex, place, or culture affecting the mind and body with its ultimate goal to mutate the spirit into something so unrecognizable by the Spirit of God, by the charming of individuals who are then manipulated into Frankensteins of transhumanism otherwise known as chimeras, monsters, and the ultimate; the abomination of desolation. The key; is vigilance! 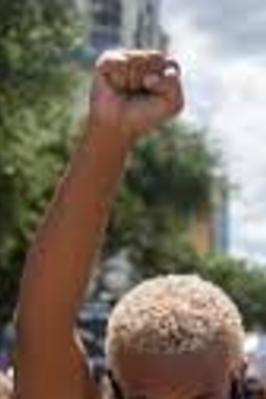 A demonic abomination will fester into one’s life until that host becomes an abomination infesting others. This is why the religious church has misunderstood and taken for granted that God is Love. Because abominations are hated by God and are opposed to that Love! The church is not a physical building but the temples of God gathering in a building. So whenever it is allowed for any kind of abomination into a church; into the assembly of the temples of God; the Body is in effect corrupting the Holiness that is paramount in observing the Sabbath; that is the Praise, Worship, and Thanksgiving to honor and revere who God is and what He has done for us. Only those who have the covering of Jesus’ Blood ought to abide in what is to be a Sanctified church. 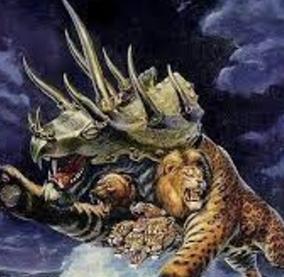 There is a dark spirit behind all abominations and that is why we are charged to test every spirit in this world. Never take for granted the will of others to control you. And to be clear; God does not control by His Spirit, having given the gift of freewill. This is why those proclaiming the Spirit of God that literally takes control over them are really endorsing an abominable act. Because that would be the very nature and purpose of all abominations which is control, defiance, and ridicule of God and is contrary to God’s will for us which is to choose His will and Spirit. And this is why a Christian can manifest the Spirit of God by His influence on their spirit, mind, and body, and the very next moment sin against God. And this is why water baptism is an outward sign of repentance but by the Anointing; the Spirit of God, there is the inward conviction of sin; allowing us to come to Him for forgiveness because we are covered by the Sanctification of Jesus’ Blood. There is no such thing as an Anointed christian that holds onto any form of abominations that is contrary to the original design, created and charged humankind in God’s image.

The Cross of Christ is not meant to sustain those in the Body who only rely only on the milk of the word but for those who want to know every detail required to attain Christ in their lives and others. The meat of the matter! This is why many in churches become offended whenever the pastor or a mature Christian speaks to them about cleansing themselves of all abominations that are exulted against the will of God. Many of these abominations have been misunderstood, ignored, or taken with the wrong attitude. But regardless of how it is one’s life, once the Blood is taken, there has to be a systematic removal of every abomination that ties one to the chains of death. Abominations range from small things like genetically altered aquarium fish into more destructive laws of the land that permit criminals to steal, kill, and destroy without any justice for the crime and especially the victims. This is why the chief abomination is satan and all who follow his examples of destructive behavior that make the spirit, mind, and body an abomination to God and are condemned to that eternal burning pit.

The accountable Christian is not meant to be a simpleton! Because what God expects from us is what He has given us. And by His Wisdom, Knowledge, and Understanding; the Christian moves with purpose; led by the Word and Holy Spirit to be sanctified onto God. His Throne and Kingdom. Abominations are a part of the curse and it first showed its head and its result in Heaven when Lucifer demanded and claimed sovereignty for himself and God rightly made him an outcast from His Throne and all that is Righteous. The next place we see an abomination is in the Garden of Eden when satan was allowed to enter it not by God but by the appointed Godly man. The fallen angels are abominations just like their off-springs from the lustful humans, eventually resulting in demons. Every life form that has been twisted from its original design is an abomination. Why? Because God is perfect and so are His creations. The rest is history. All abominations are anti-Christ and to the Spirit of God and are defined simply as a manifestation outside of Holiness; having an adverse effect on all the sensibilities of what is whole, pure, and Godly. 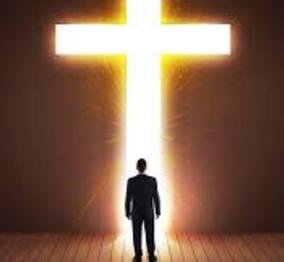 There is one thing of many that God hates, disowns, and will never redeem those who practice, possess, and distribute and that is any abominations contrary to the sovereignty of God. Paul tells us; “All things are lawful for me (to us), but all things are not expedient (worthwhile, beneficial, judicious)”. How can Paul say this knowing that God has commanded certain things to be off-limit to those who have received Salvation? He does not explicitly tell us that if we include them in our daily lives; then we have sinned against the Almighty. This is because there is a distinction in Paul’s letters where he addresses those desiring only milk and those who want meat.

All of us in the Body have at one time during the course of our life or for many continue to harbor abominations in their lives which also will affect those around them. When abominations exist in our daily lives; the Spirit of God is hampered until we recognize its ugly head and take the appropriate actions to rid its presence. Not until a Christian has attained that full Spirit will they be able to dispel the evils that abominations bring with it. This is like entering an empty house or room and there is an immediate Spiritual uneasiness in one’s spirit of heaviness in the air, a dark presence, or an odious smell. There is an abomination there either by demonic activity or by an item used in evil rituals. This is one of the main reasons God forbade the eating of certain foods or the taking of certain war plunders and gave the direction to the mass killing of entire families and people. Because unchecked abominations are like a virus that spreads and when unchecked and not eliminated will destroy thousands of innocent lives. This is why Christians ought to be aware of the various abominations so as to know satan’s devices, avoid them, and apply the appropriate action including by the Spirit to rid themselves, others, and their local communities of it. These abominations just like temptations are everywhere and many times we can’t avoid them and ignorantly participate in them. But as Paul tells us if by ignorance the Blood covers us but by freewill despite having knowledge we come under judgment.

When I was young I had a desire to collect things such as different types of knives but what got my attention was the collection of different cultural, artistic, and unique masks because it spoke to me as to the facades and hypocrisy that were often revealed by others. I was not reluctant to give up the knives but when it came to the masks I resisted this effort. It was not until the Spirit of God spoke to me of what most inanimate objects can be used for and represent. That they can be containers of darkness, debasement, and death. A common abomination item is pornographic material and products which are gateways into all forms of sin that are generally classified in the Bible as sexual immorality but at its core is really about self idol worship. One of the least discussed results of participating in any abomination which is immoral and leads to depravity, perversions, and iniquity is as Jesus stated; “when a demon is gone out of a man it searches for another but finding none returns to the same man with other demons making it worst for the man”. This is because that freed man did not maintain a clean, sanctified, and protected house. And this is why the key is to be vigilant!