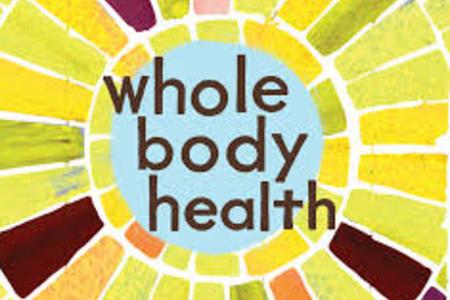 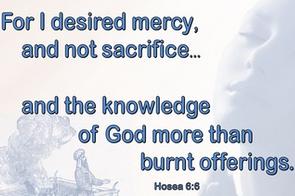 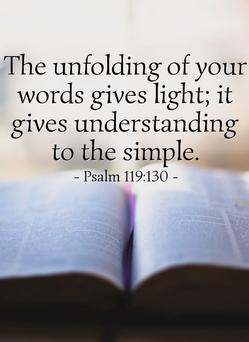 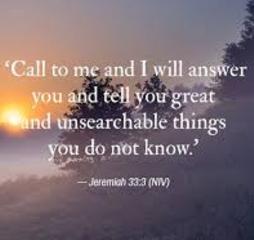 And by this; to have Faith in Him is to please His desire to see us grow up in Him; His Kingdom and ultimately; His Knowledge (Truth). When we gain His Knowledge our Faith solidifies and becomes stronger in the face of adversity and the enemy. This is what distinguishes the Heir rather than the saved Christian as rightly justified by the Blood and also the Heavenly seat of judgment that the Heir has inherited; for the purpose of administering the Father’s domains.

This may sound like a contradiction to the concept of once saved; then automatically an Heir of the Kingdom. Because it is not just about Grace but also the stewardship of partaking as spoken by Jesus regarding the earned reward of the given talent or rather the Knowledge and producing for the Kingdom’s, and master’s benefit. If the saved does not utilize what God has given him because of fear or some other unrighteous reason; then that unproduced talent equals a just reward of nothing which contradicts the purpose of God’s image to be fruitful, multiply and take dominion. It demonstrates faithlessness to the purpose and benefit of Salvation's gift; which once received is to be used for Kingdom purposes including the judgment of things Heavenly as well as Earthly.

We should ponder why did the master give different talents to three individuals given that God is a respecter of no one but equitable give as each deserves. This is because based on the desire of the individual; God assesses what that individual can manage regardless of physical or mental ability, but by their Faith determines the partaking of responsibility in His Kingdom’s purpose and business. In that with what measure we use; then it will be measured back to you. Consider how God administered His Blessing. He was unbiased even though He knew by theirs heart; that two would succeed while one would fail. He didn't tell them where, how and when to invest but provided the knowledge as well as other guidance in their personal endeavors. He rewarded each who acted on Faith with a multiplication of the seed money given. And for the one who acted in fear; He took away some if not all of his ability to better himself. All of this affirming His sovereignty as God who will not be mocked; and as Jesus told us that every branch that does not produce good fruit will be cut down and thrown on the fire.

There is a Godly judgment of having and not producing especially when the Knowledge of Kingdom laws are given. It was not only because the wicked servant failed to invest his given talent, but he was faithless and fearful in the master's desire for prosperity and was just lazy to even give the talent to someone who could help him produce a profit on the talent’s principle. The servant failed to utilize the basics of Kingdom law; that is with your heart; is your sowing and by your Faith; reaping is received; because God promises to honor His Word when we obey Him with the Knowledge given to us.

The Christian can not be a judge without the Mind of Christ which is the Word and without the Knowledge made available to them by the promised Spirit of Holiness and Sanctification. Many in the Body seek the Anointing for the miraculous but it is discernment supported by Godly knowledge that is and will be required as the Age comes to its end. Discernment of itself is not knowledge but by the Holy Spirit, the revelation of hidden things fuels the acquisition of gaining knowledge for a decision to be in right standing with God and taken by Faithful actions to produce some 30, 60 or 100 fold. This multiplied fold or ROI (return on investment) is all based on the Knowledge for peace and prosperity covering the body, mind, and spirit; and as stated; “you can’t out-give God”.

The Knowledge made available to us comes with the condition that we receive it within the framework of Righteousness so that our attitudes, aptitudes, and actions are reflective of God’s will in our lives and for those around us. It is Spiritual at its core and produces physical results for all to see thereby building a desire and connecting one’s Faith for God’s purpose for the man, made in His image. This Knowledge requires that we remain in reverence to God. It will deliver us from our enemies both in the spiritual and physical worlds; as well as lead us through the world’s darkness; thereby building our Faith and assuring us of the living God. Some of its benefits include discretion, integrity, wisdom, vision, tolerance, and others as contained within the Fruit of the Spirit. It often escapes those who rely on their efforts, traditions, and intellect; with its main purpose to empower the Body with God’s higher ways and provide our eyes with the light of understanding so that we may come to the clarity of the Hope of Jesus’ call; including the riches and Glory of being sons and daughters by our inheritance from the Kingdom of God.

Jesus often displayed the Spiritual discernment by the Knowledge given on hidden thoughts of those around Him to either speak to or to take action as appropriate to the circumstances and situations He faced. This Godly Knowledge as it were is what directs us in our Faith towards a goal; a purpose and a destiny. Most of this knowledge is in the Bible which foremost provides us with past experiences; then a foundation for action; and by our own experience affirms the very knowledge of what is outlined in the Bible.

God designed us to constantly gain knowledge for His purpose of the Spiritual and physical worlds and as it were; if we are not learning; we are automatically dying and not living as established in the Garden with the Tree of Knowledge. Let’s venture that there was no fall. By this proposal; man would have expanded from his Genesis into the world like the concentric circles that radiate when a stone is thrown into the center of a pond, and regardless of how far-reaching is man’s knowledge, there will always be a connection; supply, and sourced from the center of original growth. This growth of knowledge is God! The Tree of Knowledge is that center and is shared and perpetuated within the constant expanse of God’s habitation. Simply put; this knowledge is enthroned in the Kingdom of God and by its propagation multiplies itself into extended Kingdoms of God’s domain. Because His image has dominion everywhere it is been established. A single source of thought, power, and action.  And as Jesus stated; "That your (God’s) Kingdom be established”.

This is God’s ultimate purpose! To be represented not only on the Earth but in the entire universe created for a reflection of His very being of Wisdom, Knowledge, and Understanding. For Righteousness sake! God seeks justification not by power but by the Knowledge of His foundations; including that of Faith as stated; “all men come to the knowledge of Truth (God)”. ou!

A good example of this is tithing. The past experience is in the story of Abel and Cain; where we honor God for provision, protection, and providence; that is Faith. Then in Malachi, the foundational principle is given. A Righteous tithing onto God obliges the Father to open the windows of Heaven and pour out an abundance measure to the amount you gave; that is an expectation. This prompts one into the action of the tithe. When we receive the blessing that comes after giving the tithe; that is our experience which affirms the cheerful giver is also the joyful receiver; that is confidence. When we act in the Father's will; then we have its promised reward. This is why God never forbade Adam and Eve from the Tree of Life, but in effect told them not to be greedy for their personal gain and ego by eating of the Tree of Knowledge too quickly. This is reflected with the man who built his house on sand rather on solid rocks or rather foundational principles.

If Adam and Eve ate first of the Tree of Life before the Tree of Knowledge it would have signified, and sanctified their alignment with the Throne of God; thereby opening up every Knowledge unhindered to them. This is proven with the second Adam who is the Tree of Life being the Truth; the Way and the Life onto the Father. And who by His act of restoration through the obedience sacrifice of His Blood removed all obstructions on the Earth and in Heaven for the Tree of Knowledge to be made available once again by the administration of it through the Holy Spirit.

It is defined as facts, information, and skills acquired by education or experience. Having knowledge does not speak to having wisdom because it is a tool, just like money or for that matter; the pulpit. It can either aid or inhibit the Christian’s walk. For without its application; knowledge is only information and just like Faith, it is of no effect until it is put into action and by its intentions; results in either Righteousness or unrighteousness before the Throne of God.

We must get first things first as Jesus told us. To seek the Kingdom first, then all things will be added. All things! That is every good and Righteous blessing as established by God before Genesis. In the world, we are a part of works by knowledge of different levels and types. Most of it is temporal. But the Knowledge that Christians ought to seek, receive Understanding and acquire is that which fulfills the purpose Jesus demonstrates which is embodied in The Fulfillment of the Law for which Jesus is the example of gaining the Kingdom Knowledge; which He applied and it affirmed every promise from God for reflecting it to the world; not by a checklist mentality as the Pharisees but by an obedient heart and desire to please the Father in every environment He faced. When Jesus faced the world; that is satan; He vehemently stated; "It is written"! The same as saying it has been given as eternal law; that is Knowledge above every other thing in existence. From which, no force can overcome it! 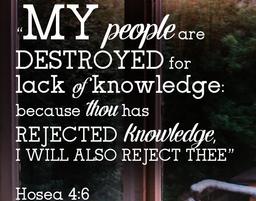