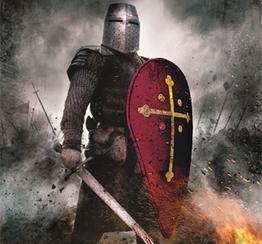 About
JESUS
Endure !
The Called.
Fellowship.
Serve in love !
Opposition.

We have been given freedom! So then we ought to walk in His Blood for this freedom. Let us not be ashamed of what has been given but with every act honor, His work of love for He is the only sacrifice that enabled our freedom from death and its strangled hold. Christ did not abandon us but gave with unabated obedience so that we would take the freedoms He died for and not be subjected to the chains of lifeless laws and unrighteousness. Take it! I tell you, the freedom of Christ!

Take it! The freedom of Christ! How is it having been set free many go back to the past they have been released from, only to hinder themselves with the flesh of deceit. Moreover that deceit being of themselves. Is Christ’s Blood not worthy of its Salvation? Then why do we shame the Blood mocking it with the flesh of ignorance?.

Previous
IS
Stand in love !

A freedom that has given us that was lost from our origin and by every dark lie thereafter. But Christ brought forth the light that was hidden and refused by the blindness of pride. Christ is freedom and by His Blood is the testimony never to put back on the chains of slavery of the body, mind, and spirit. For is light subjected to darkness but does it not pierce its fog dispensing of its fear. Do we now make this freedom entangled by more rituals and laws that have been driven from its place of appointment and do we believe that this freedom did not empower us beyond all the dross of this world and its princes of principalities and powers? Take it! For Christ freedom is not another weak and unfinished work but is risen above all as His name is. Take it and do not render to this world’s deceit. For with this freedom is the restoration of Hope, Faith, and Love. Of all that is good and Righteous before the Throne of God.

No longer are we a mixture of alloy but of purity being made the Righteousness of God and no longer subjected to sin but with every Word comes light for the eyes. Light to be empowered by the freedom that is in Christ. Come therefore boldly before the Throne of Grace that Christ’s freedom has won for us, knowing that your Heavenly Father knows you before the foundations of the world and with that nothing is hidden from Him but with all mercy and compassion does He urge the Body to be worthy of Christ not by compulsion but by the very love He gave us by the sending His only begotten Son to be our perpetual sacrifice of the freedom He won. For Christ has died but now risen up to be our enthroned banner of walking in this world but without taking all He died for many restraint all those things that have been risen up with Christ for our benefit, use, and empowerment.

Let us, therefore, take what has been laid up for us by the Faith of God for the show of Christ’s freedom not being prejudice against far shores or foods we eat and clothes we wear and all that rots; but in all, is Christ freedom waits for those who long to shed the shackles of strain, stress, and fear. For Christ’s freedom has made us free indeed never to be weighted with the past but with all effort look to the future and being washed in the Blood uplifted into Heavenly places where true freedom is. Take it!

Be True !
Be Bold !
View on Mobile