God is jealous! Too often many see this as something to fear but in the Spirit, it speaks to His Love and Righteousness for us and all that we are meant to be. For us; there is no other emotion that can drive us into an array of negative feelings, attitudes, and actions. Into sin! We inadvertently bring God into this same mindset where some claim because He is jealous He pours out His wrath upon us. After all; He is our mirror image! We cannot afford to be so naive and simplistic in our approach to God and His Throne when it comes to His jealousy. He is the omnipresent and omnipotent God who sees all, knows all, and expects all.

The expression of His jealousy is only for His people and not for those still blinded by the world. He does not waste His zeal on those outside of His Covenant. This jealousy is for those who have told Him that we acknowledge Him to be the potter and us the clay. And is by our spiritual humility we look to Him for every aspect of our peace, prosperity, and provision to be transformed into His Righteous image by the renewing, restoration, and rebirth of our mind of how we see the world and ourselves. You don’t deny your God-given innate abilities and talents because you want to be humble before God. That in itself is denying God’s hand in your life. Some fail to understand His zeal because of the lack of Knowledge that is often hidden, twisted, and watered down by good intentions of accepting where they are in their Spiritual walk. We often readily accept the world’s view on being a Christian rather than God’s Standard. 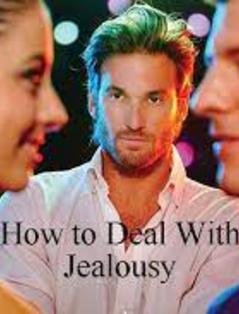 God’s jealousy of His people is often used to make them envious of someone or something He wants them to be challenged by. Think of all the strong warriors that because jealous of David and his reward. God does not use jealousy as a weapon to cause us to sin because it is linked to our desires which He wants us to look to Him for their manifestation. We often use the same technique among our peers and even with our children. We must not allow jealousy just like lust to be the reason that causes us to sin. God does not destroy His people because of jealousy but by the people’s works He is unable to prevent their destruction because of their defiance, lack of Understanding and, immaturity to uphold the Covenant He has with them.

The irony of God’s Righteous jealousy is that often His people are jealous of the world which causes them to reject Him and His passion for them. A dark twist on what is intended to drive us towards Him. To look to Him for our desires by delighting in Him. But do not lose Faith! God will have the final word despite the devil and those of the world system taking advantage of what God has ordained. As God is; we must remain true to the art of jealousy which is to take in all that the world shows and tempts us with and turn it from the darkness into the light as God does. Through the Bible are recounts of this but the most dramatic and inspirational one is the cross of crucifixion. Once a fearful symbol of oppression from darkness, but now the banner of the Cross of redemption and Salvation into the Light.

God made us with two eyes, ears, hands, and feet. A metaphor if you will, for craving what we want, hearing what we desire, taking action, and running to achieve our goals. Have you ever seen a person close an eye, or ear, use one hand or foot in their efforts or carry away what they receive in abundance like a dinner buffet? But by the Spirit it is the desire to be recognized, acknowledged, and cherished. Just as we show young minds their intellectual, sport, or humanitarian heroes to be admired for their growth and success. God designed and uses imagery for His purpose and our benefit. For evil has its purpose! Now, some may say this is pure evil in its intent because the Bible says to be humble and God will raise you up when you deny all that God has created you to be; which is to be bold, Righteous, and unapologetic for being His representative on the Earth. That false humility, meekness, and gentleness is an unrighteous twist to what God intended and has been insidiously used by satan to make God’s people impotent. Jesus was never egotistical and neither was He humble by the world’s or for that matter the church’s standards. If Jesus represented the best of God’s Word and His image then we must acknowledge His attitudes, aptitudes, and actions are only reflective of God Himself and are His will for the Body of Christ.

We can be jealous when done in Righteousness. In that our motives for jealousy are in line with God’s jealousy towards us. For to be jealous by His definition is really to be ardently zealous and passionate for His Righteousness both in the Spirit and physical. To be all we are created to be! Jesus displayed this when He threw the money changers out of the synagogue because the people made it into a place of sin by their thievery, deceit, and, desecration of its Sanctification. He was angry and jealous of His Temple. This is a shadow of what God’s true desire is. For God; the greatest Temple required for Sanctification is our spirit, mind, and body. He wants us to be as He is and expresses fervent jealousy for this because His people so often choose another’s image rather than Him. We all have done it; giving more credit than deserved to a pastor, or celebrity rather than the God behind them. This is why God is a jealous God! 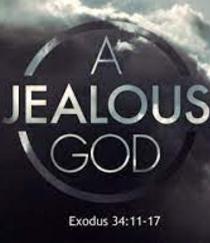 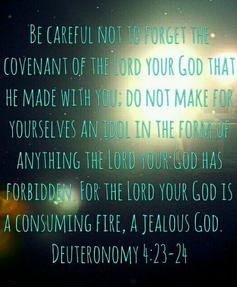 We have all done it! We have expressed jealousy over someone or something throughout our lives and to this day many Christians have not placed that hungry head under the Spirit’s authority and God’s Word. To be jealous, just like the rest of our feelings, is designed to be Godly but has been twisted to lead us into sin. This is because our blood has been tainted by corruption, but God’s Spirit and Blood aren’t. So by Jesus’ Blood, we are no longer subjected to the corruption of the carnal mind. God will always remain subject to His Word because for Him jealousy is not evil but is established for His purpose created in the very DNA of man’s creation. This was twisted by Lucifer in his unrighteous desire to be God.

Often referred to as the green-eyed monster of grudge, envy, or bitterness it has many negative connotations and has continued throughout history for centuries as fathered by Lucifer. This is because the act of sinful jealousy is motivated by biased feelings, the flesh, and the carnal mind; especially by mindless gossips or unfounded accusations. But the root of jealousy is to create self-motivation to be more ambitious, creative, and resolute to be equal or strive to attain a higher platform of those who you may see as outstanding to their peers, and in fact to God. In simple terms, jealousy is evil when we act unrighteous but is good when we remain objective with the admiration we have of others who challenge our current status. It can be conceptualized that God sent Jesus to make us jealous, hungry, and motivated to want all that He embodied including the Spirit, Righteousness, and Salvation to their fullness and completeness as He established and declared.