In the beginning was the Word; it was with God and all things in existence and to be made was because of the Word, that is Jesus. When Jesus, the Word was born, it (Jesus) no longer resided with God in Heaven. So from His birth to His death on the Cross; God had to exercise Faith in boldness to accomplish everything to the resurrection of Jesus. God gave His source of creation in a bold move; the Word, to save mankind. Figuratively, God placed His “right hand” in harm's way and in Faith won the day. That takes some you know what; and is such a bold move, only as a great leader can do. God, the Great I Am, the bold one.

The parting of the Red Sea during the Exodus was God’s way of showing Power and Glory but had to wait for Moses to be bold it Faith and action before it occurred, not once but twice. Now God used several plagues on the Egyptians before Pharaoh released the Jews, so it would not be impossible for God to employ some other action to stop the Egyptians pursuing the Jews. God waits for the perfect moment where boldness is required in the face of insurmountable odds. This is often when Faith is foremost active and effective.

This bold Power and Glory is once again displayed when the odds seem in favor of Israel’s enemies. Joshua knew as a military commander that the Walls of Jericho were impenetrable from an outside attack and even with a way to get some men in the city walls; they would not be guaranteed success. Joshua does something that any self-respecting General would never dare to do because it would be considered military suicide and render them the laughing stock of every army around the world. God’s direction to Joshua took guts and extreme boldness to not only put into action but also to present it to his army. Joshua by Faith literally exposed his army and the priest carrying the Ark to his enemies behind the walls of Jericho. The walls of Jericho come tumbling down with the surprise and panic of its inhabitants. 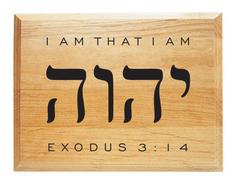 It is no wonder God loves bold dreams and ideas that stretch the man’s mind and will, for it is a reflection of God’s own boldness in purpose and creation, just like His constant expanding universe filled with so many wonders that have and will feed the souls and spirits of men for centuries to come. For with boldness come ambition, courage, and audacious endeavors. All qualities of men and women who are called to be the light of the world as Jesus and others were, to do boldly as God would do.

God’s boldness is not about pride or superiority. It is about keeping His promises and working towards the relationship of His role as our Father and us, His children. It's what makes Him; Father God! As our Father, He delights in our boldness in declaring all He wants to give us. And as our God, He yearns for us to be so bold to go where no one has gone before. He wants us to be bold in His Kingdom, Word, and sovereignty, just as an heir ought to do knowing with the confidence of who is backing up their boldness and who they represent. By boldness we enact Faith and with Faith, we can be bold. To have the God kind of Faith.

Faith and boldness are two sides of the same coin. And is the epiphany of the God Faith or rather the bold Faith. For God is bold and is Faith incarnated in man. For when God created man it set in motion a set of seemingly impossible tasks that only by Faith; the God kind could overcome and is why Jesus says, “I have overcome the world”. For what is Faith but the Word in action as in the name of Jesus or we can say in the name of the Word, let my boldness be done. What was God’s boldness in creating man and knowing sin would rage on until Jesus died on the cross? What would be the insurmountable adversity to overcome? 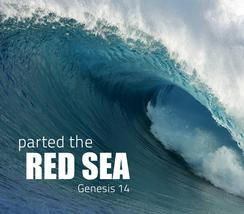 What is there to say? God is bold! God tells Moses, “I Am that I Am”! To put that into perspective is like the Sun to the Earth. The Sun will always be greater than the Earth, in size, radiance, and presence, while the Earth will be in its shadow constantly. That’s how bold God is and rightly so. God’s boldness is innate in His character and is for our benefit as it is one of the strongest and foremost quality we need in a leader; for which God is the ultimate. 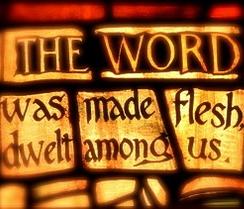 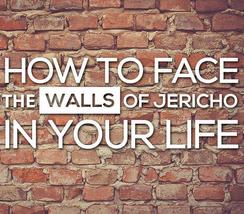 People may be blinded by motivators and manipulators but they will always follow a bold leader. God’s boldness is without question across the expanse of the Bible and whenever pressed to demonstrate this in action, He never fails to deliver. Because of this, He expects all who are called by Him to be the same. For God’s boldness is not about who shouts the loudest but who acts in Faith and has been displayed in men like Abraham, David, and Jesus. These three especially broke fear’s back and the tradition of playing it safe, by being bold in their calling and in their missions, reflecting God’s very boldness on their behalf. Abraham left the security of his land for an unknown one, knowing he would be ridiculed by those he left behind. David faced and demanded respect from a giant not for himself and experienced jeering and shame from those around him, and Jesus stayed in obedience knowing He was challenging the status quo and would be scourged, mocked and crucified. This was possible because boldness is in the DNA of God’s image. Whenever we are bold by Faith; God’s boldness in His sovereignty is displayed through His Power and Glory. Often with spectacular results.