YHWH’s compassion is not a King’s sovereignty of administration or disbursement of a right of his citizens, but a Father’s love in action as an expression of His responsibility to us. It is as if God is making up for something that has gone wrong in His child’s life that did not and was not able to apply what his father taught him. Compassion is a two-way street between us and God and has the perspective that His fallen needs to be assured that He is here for them.

YWHW continues to demonstrate this compassion by putting it all on the line with His only begotten Son; Jesus. Jesus is the ultimate gift of compassion from a God who could have sent His Son as a warrior to impose His will but did what a true person of compassion does. He sent or rather showed and gave a lifting hand. Not only does God help us but He sacrificed His one true obedient Son to redeem us; the highest form of compassion. It's like giving your heart so you die and the recipient lives. True compassion done with a right heart gains nothing for the giver. For the goal of compassion is to uplift, set upright, who has fallen or have been broken.

When we come to the realization that we are in need of help, there is no other characteristic of God that enables us to forge ahead than that of compassion. The compassion from God who despite having made us perfect for free will, tolerate our imperfect actions that not only affects us directly but also hampers our relationship and Righteousness with Him. Compassion is above being human and is a deep Spiritual state one has because as the Body of Christ, made in His image; God is foremost compassionate. 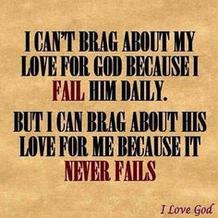 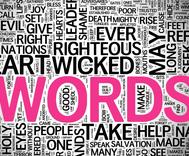 This does not mean God can be taken advantage of for compassion ultimately is a tool of His Kingdom to teach us His sovereignty and command of all that he surveys. The application of compassion does not remove the trials, tribulations and our mistakes but as a source of encouragement helps us to face these issues and if received properly, strengthens our resolve to be the head and not the tail, providing empowerment for any future challenges. God's reality of His compassion often is revealed as a coincidence, when faced with the impossible; a miracle happens just in the nick of time to relieve us of the stress.

Compassion is often associated to be mercy but whereas mercy may include the act of compassion; a compassionate action has a more direct emotion attached to it like empathy and rarely applies the act of mercy. God’s compassion does not condone our sin or disobedience but just like Grace opens a door for His helping hand in our situation. This still means we are to be as Christ because it is because we do not act as Christ is why we need God’s compassion. Jesus never received any compassion from God during His ministry and especially on the cross and is why as a man He cried out, “Why have you forsaken me”. Many may say, God showed His compassion for Jesus in the garden during the transfiguration as this occurs just before His sacrifice. Compassion requires us to call out to God which Jesus never did. And what the cross has shown is that God’s compassion to not automatic but has a purpose when He uses it for His Kingdom and our benefit.

Archives
ALIVE
About
JESUS
Previous
IS

Most other deities promote the anger and sadistic aspect of a god who created mankind for their pleasure and benefit. The YWHW of creation from the beginning of time speaks to a supreme being who by compassion seeks to be a Father to us and us to be His children. If any trait of a God or Father is warranted and needed by their creation is that of compassion. For without it, we would have no recourse but to constantly be on our knees and faces pleading for mercy constantly as our mantra.

YWHW starting with an immature Adam demonstrates His compassion without any pleading from His first kids who after testing His sovereignty hides in the garden. YHWH who is all knowing; first act is one of compassion. He knows where they are hiding but indicates He is looking for them by saying, “where are you”? This is what a compassionate action does. To take the first initiative and reach out to those in need of kindness, understanding, and care. He then proceeds to have them take responsibility for their actions. This is the second aspect of showing compassion and requires timing, patience, and finesse. It is also onto being the Righteousness that God is and we ought to be. To enable growth and maturity. 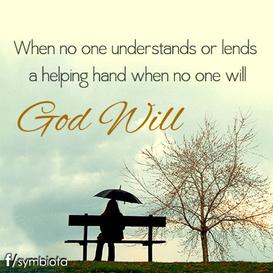 YWHW has revealed His compassionate ways to the Jewish people through their turbulent history and to everyone in and out of His will today and will continue tomorrow despite any laws, rituals, traditions, doctrines and even politics of man. Compassion is not limited by time, distance or obstacles and is a constant of Righteousness. God is immutable in His will for a lost Kingdom civilization with the sole purpose of restoring all that was taken from them. The compassion that God gives is long suffering but also creative to pave the way for restoration and to bring Him Glory, not as an authority of principalities and powers, but for us to come to the realization He cares for us and will never forsake or abandon us. It is an aspect of our relationship that brings us closer to Him. God through Jesus gives the perfect example of how compassionate God is the good shepherd who leaves all of the secured and saved ninety-nine sheep to search and rescue the one that is lost. To make the need of the one almost as equal to the ninety-nine and is why the Bible is filled with stories of the rejoicing of the Heavenly host when even one of the lost has returned to God just as the prodigal son parable shows. God’s compassion is not measured by the standard of a “cost-benefit analysis” but by a true and agape love, that without compassion would be incomplete. Yet, for all of God’s compassion, many will not know or appreciate His great love for them. God’s compassion ultimately will come with a price; many will not be able to pay. The act of compassion often leaves the giver exposed to those who seek to take advantage of it.