No matter how good or bad your life may seem; everyone at some point in their life is unjustified by those opposed to them, often from their closest associates and even family. Those who seek to accuse you and destroy all that you may hold in principle, especially as it pertains to your character and Faith. This is compounded once you become a recognized Christian as if there is a brightly painted red bulls-eye on your back for naysayers to take potshots at you. Essentially. What the naysayers are saying, is that you have no worth to them or to others.

Now, we are sent to be lambs, because by Faith we know God is watching over us and knowing the hearts of all men; will orchestrate justice, only if we abide under His wings. In Joseph’s life; he experiences disdain from his brothers who put him in a pit, attempted to kill him, sold him into slavery, eventually is imprisoned and then ends up in a position of authority and respect. Yet, in all of the injustices against him, no one is convicted for their crimes. God is however Faithful and lifts Joseph up and as stated, “lifts you up out of the dung heap” - 1 Sam. 2:8. God will demonstrate Righteous indignation against those who revel in hurting others, especially for their personal gain. He is just to see you vindicated. Often, God’s justice is ironically expressed. As with Joseph’s life which started with a dream of his brothers bowing to him; then his brothers subjugating him and ends up in the very same way after years of hardship, pain, and humiliation; with his brother’s bowed and under Joseph’s subjugation of them. We must put our trials and tribulations into perspective, that it’s all spiritual in nature. What caused Joseph’s brother to act with injustice was fear and pride; that the firstborn of Jacob’s true love Rachel and the youngest born at that time would be so bold to tell them that his older brothers would serve him. Now, in hindsight; I am sure Joseph realized he should have been more prudent with his dream concerning his brothers. But the real issue that is underlining this story is one of jealousy and ignorance, which is often why others commit injustices against you.

​When Jacob was led by God to marry Rachel and continue the promise given to Abraham of a nation, he was deceived into consummating a union with Leah; Rachel’s older sister. Leah and others gave birth to the first ten sons of Jacob. This is the start of the family feud. For despite all of the other son's efforts, Joseph is his father’s favorite, or we can say; Jacob’s eye, meaning he looked to delight in Joseph, and as stated, “Now Israel loved Joseph more than all his children” - Gen. 37:3. Here is the Spiritual ramification. Jacob represents God and the fallen angels, representing the brothers. Joseph represents Jesus. Joseph as Jesus is the true and begotten son of his father. And as in Heaven; jealousy raised its ugly head to destroy, eventually resulting with the finality of God’s justice in the Resurrection in the victory of Jesus. God’s justice is linked and is opposite to satan’s injustices where he uses the emotions of jealousy, fear, and ignorance to inflict on the innocent. God’s justice is really a slap in the face against the devil for his evil works. And no matter what he tries to do against God’s own; God will make his people come out justified. 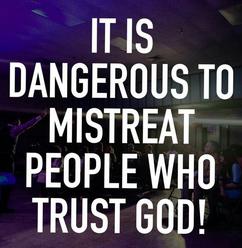 At some point in our Christian walk, we all are on the Joseph wagon train. A train that takes us into the frontier of trials and tribulations. Where without preserving, we will not reach and experience God’s promises and see justice done to our adversaries. Whoa! Adversaries! Aren’t Christians totems poles of love and the fruit of the Spirit; and should not want to be recompensed from their adversaries and enemies. Should not want justice! Yet, God has no problem in killing, maiming and setting as an example those who by injustice hurt His own. And as stated, “you will see the punishment of the wicked” - Ps. 91:8. God not only protects you but will also fight for you - Ex. 14:14.

God, who is surveyor and revealer of all, knows your plight and the hurt that results from such accusations and cruel plots against you and tells you; rather commands you to be a lamb among the wolves as stated, “Go out, as lambs among the wolves” - Lk. 10:3. Does God want you slaughtered each and every day? For as it states, “you will be hated by everyone on account of My name” - Matt. 10:22. No wonder, the average Christian is meek, mild and seen as a timid person. No wonder the world has pushed its evil upon society to the point evil is considered good and good considered evil. This is opposite to the life that we see in Jesus and the early disciples, who upon the pain of death, still proclaimed the Gospel, not in the safe harbors of churches and conferences but in the public squares where the world meets to haggle and promote their worldly goods. This why Stephen was stoned in full view of all the world; for His Faith, which he expressed with full conviction. And as the Faithful, we have no choice but to heed God’s commands including His Words, “Vengeance is mine” - Rm. 12:19. God is just to see that we are compensated for the injustices we experience in this life, even if it take years. God’s justice is equitable, Righteous and principled. He is just to be balanced.

God’s very nature is embodied in being just in His sovereignty in His Kingdom and for those who release themselves to Him. The ultimate Revelation of His just ways is in the life and especially the death of Jesus. God’s justice takes on the protective trait and justification of a father. For He is the final Word on Fatherhood. As a protector, He safeguards by destroying. We see this through the Bible concerning the Jews. As a Father, He not only protects but teaches, uplifts and vindicate. God not only wants us to see and know Him to be just but for us to be just in all that we do. For to be just is to be Righteous as His sons and daughters of His just Kingdom. 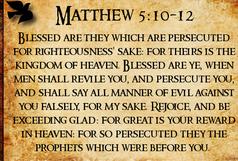 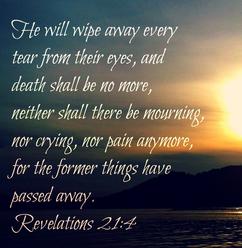 Joseph’s merits of boldness, Faith, and child-likeness presents a paradox for God. For Joseph initiates the atmosphere for his brother's final act of hatred, jealousy, and ignorance. Joseph was being unjust to laud his dreams over his brothers more than once. He was sticking it to them, rather than having the Spirit of humility, vision, and prophecy. Now, consider that God is in the past, present, and future; orchestrating His purpose in perfect timing, we can see His immutability and omniscience shown to be justified making Him truly just in all His ways. God has to resolve this feud in a way to not only save Joseph; Jacob’s eye; but also save His chosen people which will descend from all of these brothers as the twelve tribes of Israel, and the foundation of Christianity. God’s justice is Spiritually wielded but practically seen.

It took almost twenty years before Joseph was vindicated by God’s justice resulting in Pharaoh’s acknowledging Joseph’s God and his anointing. It also results in Jacob’s joy to see his “eye” before he died and to ends the years of depression and sadness of the lie of Joseph’s death. It also gave Joseph the choice of a heavy hand against his brothers or one of compassion, which the latter, he eventually extended; because he matured not only in body and mind but especially in spirit. Joseph recognized, his injustice was necessary for others to be justified, just as Jesus, out of obedience knew, His sacrifice would be required. But most of all it released the family by putting to death any and all jealousy, fear, ignorance and especially remorse and guilt of the brother's crime. It saved them. God’s just ways; His right ways, united the family and prepared them for the greater, prophetic and call to be a chosen people for a land which is today known as Israel. For that Jacob’s new name from God. God is just!