God said, “Where are you”? How many of us know that someone we have put our expectation in has purposely gone against our clear directives do we exercise patience; knowing they have no credible excuse or reason for their offense? For most of us, we would not only be angry but also aggravated that after taking quality time to guide and qualify on the specifics; it is thrown back into our face and is seen nothing short of disrespect for our authority and time. It would be understandable as we demonstrate verbally our disappointment with high emotions. 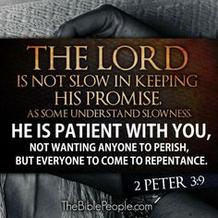 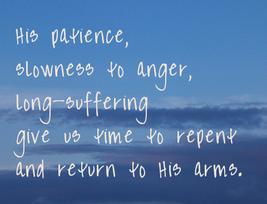 God is not like a magician that razzle and dazzle his audience with quick and dramatic manifestations that ignore the long-term ramifications of their slight of hand. But as a God, who desires peace and prosperity for all, takes the time to orchestrate His administration of His will. He is quick to state the solution but long-suffering to see it come about and does not ignore the others issues that surface, while the solution slowly but surely manifests.

God could have sent Jesus directly but instead chose a method that would take approximately four thousand years to appear by casting a vision at the beginning. In that time, many have fought against Him even though they benefited from His love and promises. God never seeks to pay us back for our offensives but constantly through the disappoints, look to bring us closer to Him; first in spirit, then the mind and body. When the Jews after four hundred years of slavery were freed by God by raising up Moses and Spiritually fighting and defeating their slave masters; they still grumbled and complained regardless of what would many consider to be the ultimate gift; that of freedom from tyranny. Yet, God remained Faithful.

Christians still do the same thing today as those Exodus Jews did, even though the best freedom of Salvation is finalized in Jesus Christ. And yet God is still unchanging in His long-suffering with these mutterings of ungratefulness. No matter how much it changes, God remains the same. A testimony to His Righteousness, Kingdom, and person. We can never truly appreciate God for His patience unless we sit with Him through the ages as He surveyed all that His creation did and is doing to the Earth and unfortunately to each other. Then and only then, can His steadfastness, toleration and long-suffering to bear all, be clear to us and demonstrates the evidence of another characteristic He has; which is a deep, abiding and agape love for every child of His. Through it all; God is hopeful that all will be saved.

God waited approximately two thousand years before He found a man who was willing to take the action that Adam failed to do and that is walk in Faith. Known as the father of Faith; Abraham demonstrated his willingness to take God at His Word and exercise patience for the promise of a future nation. At that moment; both man and God became partners in long-suffering for the highest call. To become the Righteousness of the Kingdom and restore it to the Earth. Since then, man has improved and regressed and continues this cycle to this day.

God continues and has shown a long-suffering characteristic for His highest creation. For God, His current patience is seven days, but for us, it is, as most theologians agree; drawn over seven thousand years of making amendments for the single most grievous offense that is the original sin against His sovereignty and especially His Fatherhood of us. God’s long-suffering is not just about His characteristic but also His strategy and immutability to deal with evil at its core. Every leader knows that it is better and more beneficial to train up those who have failed and to use their growth to mitigate and to build on for their goals. God is doing the same with His image.

God selects man to be His creative force on Earth. Not as a laborer but as a protege. For whenever we want to produce something of worth we purposely look to mentor someone with like mindedness and potential. We seek to create in them a replica of yourselves. All these qualities were put into Adam and God was preparing him to be shaped into His protege. This requires patience, for God has not altered His desire that we will be His sons and daughters of His Kingdom. 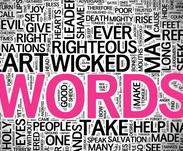 Every mentor knows this will happen with their mentees; but in the flesh; patience can quickly run thin and we begin to look for other places to work and develop, often chalking up the investment as a waste and loss of time. Isn’t is wonderful and grateful that God does not operate in the flesh but in the Spirit and His long suffering for His desire is dependent on our own willingness to be patience and tenacious with ourselves to become the fullest Christ-like individual we are called to be. This is distinct and unique with the God of Israel as He is the past, present, and future and by Grace gives us room to become and grow into His perfection. God never runs out of patience.

Foremost, as a true God; YWHW is a planner and most importantly an implementor. He never thinks of just today but of tomorrow often using the past to determine the future. As the all knowing; God already has foreseen where we will fail, derailing His plans and actions for each one of us, and rather than disowning us; He paves the way to return and keep us on track for our Blessings and His will. Like a project manager, God works with what He has but is constantly, biding His time, waiting for an opportunity to improve His implementation. Now, God is perfect but His tools which are us; are not. This requires foreseeable forecasting of all parameters, attributes, and characteristics of His tools and to be patience for the development and appearance of the desired tools. When Israel wanted a king and Saul was selected. God whose plans centered around His chosen people was derailed by wrongful thinking and He had to wait until the spiritual mistake surfaced which was, Israel had no idea of what a king should be like, resulting in that kingdom's trials. God corrected this once His appointment was ready in the man David, who God calls, “A man after His own heart”. God tolerates our mistakes but is proactive to resolve it while still keeping His promises and integrity intact. God’s patience ultimately produces the perfect timing of Salvation, especially for those who seek and call on His name and sovereignty. God's timing through patience does not run out, but it is our lack of attention to His directions that runs out our time resulting in missing our given opportunities and destinies He ordained for each one of us.