God’s mercy ultimately opens up a solution for our redirection by Grace to the purpose of His will for our life. For God’s desire is for all to come to know Him. The challenge is when we fall from Grace, regardless of God’s mercy, our path tends to be more difficult resulting from our sin. This is why mercy and Grace are linked as twins because when God’s mercy is applied so is His Grace to help us through the lesson to be learned from our sin. Sin has consequences and these produce both bad and good implications. Both implications are directed towards the Righteousness of God which was embodied in the Garden within the Tree of good and evil. For the sin of the Garden was not in eating of the Tree; it was in the disobedience of listening to the icon of disobedience; satan. The consequences of sin usually produce trials and tribulations which are to produce patience and humility within us, which directs us to understand and appreciate obedience to God’s ways and His Righteousness, which is why by this lack, sin was committed in the first place. This is why Paul urges us to move from milk, a child’s thinking; to meat, a mature person's thinking.

The more we mature in God, is the more mercy God reserves for us. This may sound as a contradiction but with increased wisdom, knowledge and understanding of rightly dividing the Word, and receiving Faith’s promise; the more Power becomes available to us through the gifts of the Spirit which brings us closer to the sin committed by Lucifer; that of pride. Like an insect attracted by the glow of a fire. The closer it gets to it, the more the reality of it being burned up by the fire.  We see this especially in the life of David. 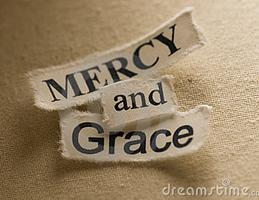 David, known as the man of God, held not only by his people but even by God in high esteem came close to the fire that would have led him to hell just like Lucifer, by pride; but for David seeking God’s mercy. David’s fall is the lesson for all of us desiring to be of worth in God’s purposes and where many at the pulpit of the church experience David’s life of dryness after their fall due to pride causing them to sin; affecting their congregations. God’s mercy is not the beginning of the end, but a warning signal if not heeded will lead to harsher judgments. God’s mercy is the beginning of His Grace.

Mercy is God’s way of reaching out to us. Depending on what caused the reason for His mercy is in direct measurement of His judgement. A sin like lust that makes one envious to be offended has personal judgment. But this same sin that causes one to murder, steal and destroy has a higher level of judgment. God’s mercies are never without its payment. For mercy has with it the eye of judging the conditions of seeking mercy in the first place. We receive mercy continuously even when we are not aware of it.

This perspective comes from the very nature of mercy which is to have forbearance of the offender. We offend God without knowing it and is essentially sin regardless of its magnitude. Jesus makes this very clear talking about having the imagination of a lustful act as being equal to the physical action of it. All our actions whether mentally or by the senses can and often commit some form of sin to God’s Kingdom. This is because the nature of sin is ingrain in our body, mind, and spirit; and why Paul’s prime method to walk in the Faith is by renewing the mind. Jesus is God’s ultimate realization of mercy to our inherited sin nature and His sacrificial Blood presented God the only acceptable payment for receiving His mercy. This is part of the reason why Jesus sits on the mercy seat interceding for us as needed.

God wants us to be sanctified in Holiness so that His Kingdom promises are made available to us completely. This cannot happen unless God’s mercy is applied but more than that is the asking and receiving of forgiveness with a contrite heart. God’s mercy never asks for perfection nor does it seek to bind us by rules and laws. God’s mercy only seeks one thing and that is to mend a broken relationship. An act only a true God does for His heirs of His Kingdom.

As our Father, compassion reveals His deep love for us. But as our God, mercy reveals His everlasting sovereignty for His creation that has failed Him time and time again. Without God’s undying mercy we would be subjected to His wrath and suffer the pain of disobedience from one generation to another. God’s mercy is without a doubt one of His most desired characteristics. 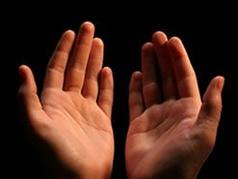 God’s mercy, for now, is for everyone. For He makes it rain on both the good and wicked but will demonstrate His Power as He did when the rain was withheld for three years to plant the seeds for those lost to receive His mercy. God’s mercy is a Revelation of His long-suffering and is first revealed not in the Garden but when the first man and woman is commanded to work the land outside of Eden. Now some may debate that God showed mercy when sin first occurred for He could have killed the offenders. To think this is not to know not only God’s vision and His Father’s heart but is to also not see the wisdom and understanding of His Godly mercy which is underlined with Godly love. 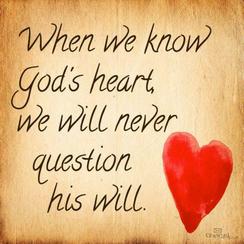 Now; God is not just some supreme being playing the game of life on a chess board where pieces are sacrificed to gain ground and in the moment of time He has mercy on a piece He’s about to send into the fray of Spiritual warfare. God’s mercy stems from His eternal vision of a Kingdom to be filled with those who come to Him with untethered love and loyalty and desire to be protectors and defenders of the foundations of His Throne. God’s mercy always invariably has a purpose akin to His will.

The mercy of God can be said to be limited but not by a limitation of His character but because God is not to be taken for granted and also when His Kingdom is fully established; He will not need to apply mercy to all those who have been divinely changed into true Sons and Daughters, becoming as Jesus is, empowered completely with the Glory of God.