For where is timidity but in the ignorance of the Word and of the Glory that is promised through us who having been given Christ; is now the Hope of Glory to this dying world. Where dissension to the Word exists be bold in the wisdom, knowledge, and understanding that is Righteously ours and place it under the Blood of Jesus. Be not uncertain because of the world’s standard for experience that thwarts the very Truths of the Word in all of its context, decrees, and examples. For by the Righteous mindset are we made onto the Glories yet to be revealed. Are we more watchful of the judgment of our peers or by the very one who is Lord and named above all? Surely, we must and do not dissipate the richness of the Spiritual Power that Christ paid for on the tree of Blood? 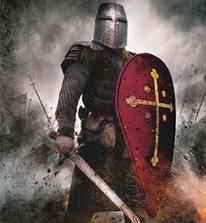 Let us not be ashamed of the Gospel that Christ so carried to free us from any and all of man’s self-inflictions of fear. But in great establishment make the Word rightly so imparted to all who are in fear of what the world thinks. Whose report will we believe and act upon? For by measure is not Christ supreme? Then put away all mediocrity and settlements; for if Christ was and is made perfect by the Father dwelling in Him then we who are His offsprings by sanctification are also abodes of the Most High God and ought not to disillusion the call from the Anointing of His Throne.

It is by virtue that we sharpen each other's metal but this is of no profit when the ore is dull and of no effect. For is not the blade sharpen by friction? And the sword of Christ doubled edged to cut asunder all things of unrighteousness. And can timidity win the day? No, absolutely not! For if we have been commanded to abide in Him who is the tree of life, then is it not insane to think His sap is weak, timid and of no substance? No, my fellow carries of Christ! His is but strong in bark and core, and is a sustaining Glory of Truth with no limit of His branches in reach. For He is not timid but bold, and now is the Lion of Judah and His roar is mighty indeed.

Be not timid! For without the boldness of your Faith the Spirit of God is not moved for Victory. Yes, we must expect that the world will challenge your Faith but even now those who are lukewarm in the Body are more of a threat for by compromise they seek recognition. To be a man of the world where all are satisfied urging and pushing for peace and security. This falsehood will not stand for he who is dark will subvert such immaturity into chaos and death. Too often the will for compromise has made the Righteousness of the Word of no effect and by the world’s arm do these faithless one’s blinded by their own thrones weakens and deteriorate the very foundation that is Jesus Christ!