But in Christ is there Hope and assurance of His promises to meet our needs and to allow our wants. But only by giving to God His due and not by subjection but with love for and of Him including His Son, who is the Word of God. Now, brothers and sisters in Christ make with all determination the sacrifice that brings His benefits to us in this time of turmoil, debate, and muse with emancipation the Christ in you. With all utters of Faith give the spirit cause to Praise, Worship, and Thanksgiving to He who seeks to and fro, those to manifest His Glory through for the world’s sake. For He will not discard all heart of these matters that salute His presence and Glory.

Previous
IS
The Just One !
Archives
ALIVE
The Flesh !
Where is God !

Fear not man but He who can keep you alive in all the depths of darkness and abandonment of the light. Stay alive in Christ! Let not failure be a charge against what you are called to. The charge of Christ in this world. For have we not been brought? Then whose are we but Christ’s having been marked and saturated with His Blood of the cross. Then, being alive we are to engage with all Spirit the fog of this world and not only challenge but also reveal the hidden deceit and deceptions that plague those lost to death’s fear.

Alive we are when we do the works of Christ and who then among those dead in spirit ought to raise them up with Spiritual force that no fallen man or spirit can subvert, only by convicted Faith that has been given to us all in its Righteous measure. For Faith is the ingredient that makes us alive. Alive by the Word and God’s Spirit that work through us for the Glory of His Kingdom. Christ is alive and so are we, not to be a showpiece of adoration but by the Spirit, alive with all agitation for the Salvation of those placed before us. For were we not dead like them?

Stay alive then brethren and not deter the Body’s unity for God’s Glory. For He will not forsake our efforts against what seems immovable and is ideal for His Glory to break upon the world’s willful back; His horn of Salvation. Let us who are His Body, willfully take charge in the world those perspectives that gleam into our eyes for the Spirit of God does not lack need of His work of redemption and think not it affects not. For does not the air move by an inch of force and by consistency it makes way for the actions of a body. Then more does Faith in its atmosphere of the Spirit. For what is Spiritual must become physical for God’s benefit’s and Glory to be revealed and received. This is staying alive in Christ and His Word!

Stay Alive! Alive with the knowledge of Him who by Grace has given us His true self in Christ. We are not to be afraid of this world and fear what man can do to us. For has been forewarned; persecuted for His Name. The Name that overcomes this world and for all who by themselves walk in fear pointing with the accusations of deceit.

The Principle !
Call His Name !
Stay the course ! 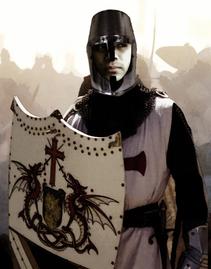