Be Grounded !
Behold Him !
Be not confused !
Look to Christ !
By the Spirit !
Train up !
Vanguard !
Archives
ALIVE
Salute Him !

Do we sit on a Throne that neither is boundless nor is captive to its domain? And where were we when the Almighty framed the marvels that so draw us into His wondrous ways. Have we forgotten who has saved us? Surely, men of goodness filled with Righteousness know the falling away is at this very moment not because of innocence but of fear itself. Did not wisdom teach us that without the principle of things only anarchy will prevail? Then how those who claim pulpits do away with such immutability that despite the corrosion of time; it has not prevailed over it. Wake up, old man! For Christ’s rebirth is your own and His Blood has no ending either in this world or the next and neither does yours. For the Word is the principle of God!

Is God then not true and all men, liars! So be the principle that you have been called to not today but from the very foundations, before Genesis. For all disobedience will be thrown into the fires that have no end. Be as Jesus, the man who has risen above all to become the seated Christ that defies this world’s gravity of depravity, shame, and idolatry. Only; because He kept the principle in His heart and not as a lapel pin of His garments. For we are no longer slaves to men but Heirs in arms with the true Son of God!

Do not tend to the Kingdom, but as an Heir; be the Kingdom! For no Kingdom can withstand its own shadow without the principle of the Heavens to go before it. For the promise of this world is indeed fear to take prisoners for its selfish goals and as with a blind man so will others descend into the darkness because they receive not the principle of light; knowing not why they stumble about like a headless chicken spilling the very Blood that sustains the life necessary to see what's ahead.

If you are for Christ? Then what is your freedom worth to you? I tell you; all have fallen short of the Glory that awaits us? But no principle can be denied its Glory having no dependency of temporal facades but by its very nature has infallibility for all the ages before and ahead of it. It does not hide from us but we who remain immature cannot see the treasure of it to be processed, more than the flesh is capable of; because the flesh lusts and hungers for the senses to be filled. But the heart longs for kingship with the Spirit of principle. That all that is good, just and joyful is available for all who breathe in life and even death. The principle will not fail having established the end for new beginnings and only by the narrow paths of refinement will the principle remain as it should, forever enthroned in a Kingdom of light, prosperity, and Righteousness!

Faith not fear !
Be not Offended !
Rest ! 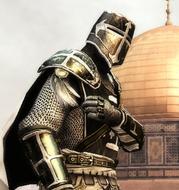 Engage !
Be Thankful !
Previous
IS
Put on Christ !
The Prime Thing !

How can we say we are for Christ when daily by our lamp do we nail Him to that wretched cross of shame. That our words and actions betray what is confessed before many of the Faith. Where has our nobility gone because the world tests us with selfish motives and disobedience to the Eternal One limited neither to the past, present or future? For He is above all things seen and unseen; in the Heavens, or on and in the Earth. He is the principle of all!