Rejoice!For you are dead in Christ. The New Covenant makes it so. Christ came to perfect what the flesh of the burnt animals could not despite any sanctification within the Old Covenant. For how can a man give to a living God, the dead things of a dying world being dead to the Spirit once given to him and ruled by flesh that rots. By Christ is the Sacrifice not dead to the grave but living in Spirit having not corrupted His spirit and decay the flesh He filled. In Christ; having died to the flesh of corruption; do we now live unto eternity for the call of Righteousness before the Heavenly Throne of the Most High God.

The Just One !
About
JESUS

For now, we have a supreme advocate at the right hand of our Father who by restraint has allowed us to become christ. For if we have put down the flesh of this world then it is His obligation to fill the void with Christ. It is His utmost desire for us to be the living Christ and not be of the dead life that rule where it has reigns. For the dead only rule the dead; and the living, the life that has been hidden and trodden down into decay. For is decay not but dead life? And if so then can it not be risen back to a living life! Surely; this is the mystery of those who died only to be risen back to life because of the life by the Spirit that is wielded by those who are in Christ and Christ in them. For those who wield it, is dead for Christ!

Come then to the Throne of Grace made available for the Most High One’s desire to make all in Christ not to be dead but to be alive and if alive then for His Spirit to reign in them for His Power. Principalities and Thrones to be wielded at the invisible things of a dying flesh. For by the Spirit is life and by the carnal things is death. Do not be fooled for in the Old Covenant, it was by birthright that man came to the Throne of Grace but now by Christ; being the New Covenant, are all to come boldly having been made adopted by the pure, unadulterated and supreme Blood of a living Sacrifice and not of inferior blood; as those dead things having no image of life but only attentuation to it. For the Old Covenant brought dead and lifeless sacrifices but Christ was placed on the cross as a living Sacrifice and only release His spirit once the New Covenant was paid in full; exclaiming; “It is finished”!

So then our Hope is fulfilled in His very death on the cross and resuscitated for eternity at His resurrection with the sign of His empty tomb. For did not the Angel marvel at the puzzlement of those at discovering the abandoned tomb of death having been told what to look for and expect? Was not this Angel waiting for the Faithful to rejoice at this sign? For there is only life in Christ and no dead thing can reduce the Power of life that is given by Grace by the Most High God. And has not death been mocked saying, “where is your sting”? Surely, Hope is no longer in the waiting but in the wisdom, knowledge, and understanding of the assurance of the good things to come? The good and Righteousness things that are in Christ and God’s fulfillment of His promises. For when has His Word failed? We are risen with Christ to live in Him! 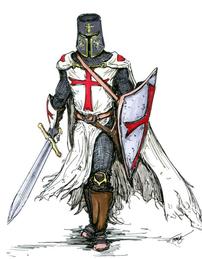 Stay the course !
Call His Name !
Previous
IS

The Principle !
View on Mobile