What have you seen! What have you heard! Are these of Christ? Surely, by the flesh, some have things that make tradition supreme making the Word of Christ of no avail. For did not Christ paid for the New Covenant being its prime keystone? And did not God will it? Then what is the standard, but Christ! The flesh clings but the Spirit is light and free. Does this not give us the evidence of what is the world’s and what is Christ’s? Then reject all that weighs the mind and spirit down and draw nigh unto the Spirit of Christ, denying the old patterns and claim with all grasp the Power in Christ.

There are two things and a third that irk the Salvation of Blood. As unified is God’s Throne by the Father, Son, and Spirit. So ought the Body of Christ to be with the Father and Holy Spirit; having been adjoined with Christ and taken into Heavenly places and seat. No longer of a slave but an Heir’s Blood! By these constitutions, Christ took the cross of judgment and accepted His conviction. This He did of free will and Spirit and not by bribery and fear; thus dying to His self all the flesh the world promotes. He did as we must; to look into death’s eye; accepting the judgment and ruling of unrighteousness. By Grace and Power; He was delivered from the grip of death making them that deserted to the grave; His folly! And not only by His resurrection but the actual abandonment of the tomb into Heaven, He charged the world with its own crimes of deceptions. This to make death of no gain but revealing their falsehoods of imaginations. And in finality; He established the Father’s decree that by His authority bestowed, that all who are in and by His Spirit work by this same authority. He did as we must; receive God’s sentence of Grace and by Faith believe He is as His Word is. These cornerstones now laid, He makes His good promises sealed with His Righteous promise as with those gathered in the upper room and with their adorations of Thanksgiving; He sealed the New Covenant with flames of His Spirit for Sanctification, Holiness, and Righteousness. That by His Spirit; all of free will Covenant under His Grace, are His for Revelation, Power and Spiritual gifts for His Glory’s manifestations. He did as we must; to be the one Body of the Word; by the Spirit of Glory; that no longer do we do the work but it is the Father that dwells in us; He does the work. These three tenets must stand or not stand at all!

For what work? That all men are called to be renewed! Renewed to be real in His Glory that is both interconnected with His Spirit and our spirits to be Christ in all our ways. That our yes; is yes. And our no, is no. So that all admonitions and edifications are driven by the Word in the Spirit of Christ; the Son of man; who by His legacy revealed the Truth of the Father. To put to the grave all that dare raise its ugly head above the Triumph of God through Jesus Christ first and now the Body, secondly; and with all expectations; thirdly; for the Lion of Judah’s final moment of harvest of separation of all unrighteousness and Righteousness. No longer must we see and hear as an old man, dull of dead senses but alive by His Spirit to be vital to this world, not forsaking His Word of Righteousness but to be real as Christ is! 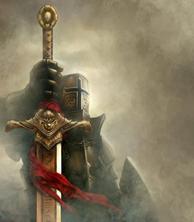 Be real! Let not this world’s way deter what Christ has made perfect before the Father. That is to be real! Not conformed but reformed by the Word onto the mind of the body and that of Christ. For we are called to be Righteous, now that the Blood has completely washed away any verdict of guilt. We are to be made in Christ’s Righteousness. Then come into His Glory by putting in place those things of no profit, but bring to the forefront the Word for the benefits of His Kingdom’s standards for Sanctification and Holiness. We are Christ in this world and to be beyond its reach of carnality.

Call His Name !
Previous
IS

The Flesh !
The Just One !
View on Mobile