Look to Christ! For He is the Power of God first by Word; then by flesh and now by the Spirit. For in Him are we now true Sons and Daughters of the Blood Covenant that death has no restriction on. For by Christ are we empowered for Righteousness. Christ having become our servant to be burden with death’s wrath did not under duress give us up for His own ransom but by its weight of the grave did make us risen up with Him and placed us in Heavenly seats of prosecution over death; itself having now come under the Blood’s judgment of God’s Glory. 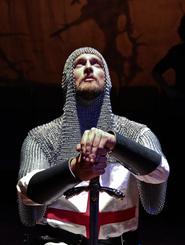 Let go !
Rest !
Vanguard !
Previous
IS
Faith not fear !
The Prime Thing !
Be Thankful !
Engage !
About
JESUS
Put on Christ !

Train up !
Salute Him !
Be not Offended !

For in Christ is the Victory over all that is in disobedience to the train of His Glory and the Host of the Heavens. For in Christ, is there not life over death not by fear but by Faith in the immutability of God's pillars of His Throne of which it cannot stand without. For His Kingdom is not divided as this darken one and by enslavement of its laws and works crumble before our very eyes. Yet, Christ succeeds where death fails even in the very places of satan’s labor.

Nothing, especially in this world can brace against the penetration of Christ exposing all that is hidden in fear and deception. For any throne must collapse on its blocks of imperfection that is used to hide all that fears the light of Truth and Righteousness and all who take hold within them will also carry its weight of destruction be it today or tomorrow, for the gales of force reveals their weakness as nothing but facades of pretense that they shadow behind.

Look to Christ and not be taken in as hostage to the corruption of evil’s devices but in Christ know steadfastness and tear down the strongholds that so readily retard the flow of freedom paid by Christ’s Blood. Look to Christ for strength and in Him will be Honor and Glory that abates all that seems impossible with the eyes but with the hearing and speaking of the Word dissipates it into the very vapor it is.

Look to Christ and not be poor in yourself,  having been bought with the payment that does not lose its validation as others do with age and that rots into the lowest of denominations. For what is collected of this world breaks down into dullness and vainness eventually having lost its attraction because of its true nature and can never supplant what is eternal. Christ never will be let down into this murk of disdain but will forever be Glorified in the Heavens, on and in the Earth having been placed beyond any reach of corruption. So that we who look to Christ will also be Glorified by His immense light of Heavenly Glory. Look to Christ!

Behold Him !
Be Grounded !

Look to Christ! Christ, the Son of the Most High. He has saved us! For neither by work nor by law did free us from our demise of corruption of the garden. For where death took hold, the life in Christ restored what was once dead into the new life of God’s Glory and Kingdom. Christ has done it!