Engage for the promises made in Blood and is rightfully due to us who by Christ’s walk make the demands given to us. For where the lamb is in the pasture in oblivion; the lion is on the hunt. A hunt for its prize. The prize of Glory. For is not God’s Glory revealed through the Body and is it not our privilege and service to show the world God’s Glory as Sanctified partakers of His Kingdom. How then many in the Body operate only as a lamb and not as Jesus who by accomplishment attained His legacy. Because; He engaged!

Engage! And be not asleep for the Lord is soon to come. He comes as the Lion of Judah. So we need to stop being lambs and become as lions for Christ revealing. For does not the Earth groan for the Sons and Daughters of the Kingdom to be known? For Christ will call of His kind, not of a bleep but of a roar. A roar of confidence and assurance. We, the Body, must then; engage!

Behold Him !
Rest !
Be not confused !
About
JESUS

He, our propitiation for sin went only for a moment as a lamb innocent to the slaughter but more often, the Body stays as a lamb willing to be slain in an ever continuous virtueless unsanctioned appeasement to sin. Was He, Our Lord, a lamb when it was proclaimed all authority has been given to Him for His dispensation? And have not we who yearn for freedom not been engrafted into that authority by Jesus’ Blood and His witnessed resurrection to be above all that the world deceives with and now have been placed in Heavenly seats. Surely, we have been raised with Christ for the engagement of His Kingdom works and set in places for that sovereignty.

Then, we who having grown ought to edifice and admonish those still in a stupor to the true blue Blood that now by His will and Spirit course through theirs and our veins. For Salvation is a gift having no need of conciliation but only of acceptance more so with Grace in our inclinations rather than the weakness of the flesh. And with rejoicing that we have been selected to receive His eternal gifting to us who were previous lacking luster due to the somberness of this world. Now, for Glory are we made bright as the stars beckoning and signaling in the darkness for those lost in its depths of iniquity. We must engage!

This age now comes to its finality just as every season and field for a harvest. And as the field ripens so must the laborers increase but not just in tally but more so in character. For great care will the harvest require as in all things by applied skill is the diamond revealed with all its inner qualities of beauty and appeal. For in a diamond comes light, not as the world sees but from it is revealed God’s promise of the rainbow and His everlasting Glory of flawless light. As this stone is formed by the heaviness of this world and with resolution does it become most sought after for its value as an eternal symbol of love and by engagement, the covenant is made for life. How then can we not see God’s greatest symbol of living love is our engaged covenant for life eternal and is His promise of being our Father and we, His children. A relationship to be engaged! 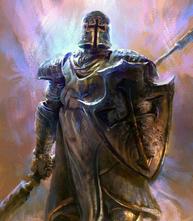