Do you understand the war you have been called into? The fray that has made you marked with the Blood of the Lamb? How be it then as a soldier in the army of Christ and all that is Righteous before Heaven’s Throne; there is a failure to train up for the battle head? To not only wear the armor of God, but to wield it towards the effectiveness of Dominions, Principalities, and Powers. We must train up to win!

Now, Jesus is our light of direction and by God’s Grace has been made available, the Spirit of Truth. All are finely skilled at defeating the enemy. But this war is not only in the Spirit realm but manifested in the world and requires our partaking on all fronts of threats that have beset the thrones and those ordained for God’s Righteous cause. To be untrained will only prove damaging when you are in the fight for the Trumpet of Salvation. For no one upon entering an Army does not train up in the art of warfare.

So train up with the weapons of our warfare. Everyone is specific to their role but also knowledgeable in all aspects of Spiritual wisdom and understanding. For does not a spear or sword have a tip and can the tip impale without the other parts that make up its force? And can not a shield be used to abrade the enemy although it has no tip? Surely, all the weapons for God’s Glory are effective against his enemies. For they are God and not spirit or flesh weapons. With these weapons, do we wield the God of Righteousness Himself!

Now, some say, you cannot wield God for He is sovereign. And yet, in His infinite wisdom, He has allowed those of His cause to demonstrate Him before and after the lamb became a lion. That by Sanctification and knighthood, many have shown the God of ancient days across the expanse of time. For His weapons do not crumble, rot or rust. For His; our weapons are of Him which embodies all that is seen and unseen; known and unknown and grows in strength when we mature and use them; piercing asunder every bastion of darkness.

Did not David the boy slung a stone and slew the giant before him? David’s aim being true and with a Righteous cause against the object of terror. And do we not realize his practice and training both in conviction and skill was the result of slaying the bear and lion, which supported him to step assuredly onto the battlefield against what the world sees as giants. Then we who have been sealed and covered with the impenetrable Blood of Christ ought not be deterred that training prepares us to defeat what seems insurmountable but is really nothing more than smoke puffed up. For who has more fear? But the one who roars the loudest or shrieks covered in facades of worldliness. Your training is only to reveal the Glory of God. So embrace what may seem awkward at first being an extension of what lies within you. Christ! The Hope of Glory; and train up to be skilled in the army of God. 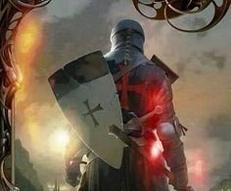