But we will know them by their fruit not as dictated by the world and law but by the Spirit of Glory that will pour out the judgments to come for what do they build but idolatry unto mammon and with pride, they conceal the darkness that works within and has blinded them. For do we not know satan devices by now? And how can babies lead themselves constantly in need of self-indulgements? Be grounded, less by the populist are you taken in their spiral death onto hell.

Know this, Christ is true and He alone is the light and the Revelation of God. For God did not make the many the subject of a single man but as Christ, He is revealed through all. For where the law could not God sent His Son to remove all barriers to the Glory He so longs to be manifested in the Sons and Daughters of the Kingdom. Then why do many think His Blood sworn ministry must be subjected to the childishness and restlessness of the world. Christ was not swayed but remained grounded in the Spirit of life. Do not contest for the world’s attention but with every prayer, supplication, and Thanksgiving for the Grace of wisdom that brings us to the eternal promises of Christ.

As instructed by the Spirit, test every tree that claims to be rooted in the Truth. For if the root is rotten even if its branches flourishes eventually it will wither and die when its treasure is Earthly and not Heavenly. For how can a church walk in love when their mantle is worldly and have placed man’s love above their first love; the love of God. For the Christ seat of judgment will not have an appeal but will be quick and divining as a two edged sword for Righteousness. So be grounded in the Word and in Christ!

Engage !
Be not confused !

Who can be Christ with the world? Yet, many make His foundations of no effect because the world toils in their churches, blinded by their unfaithful measure of labor. They still in ignorance have not learned if the Lord does not supply it, then it is not of Christ. Like a constant hollow, it can never be satisfied when it is corrupted and sudden death will come in its wake. So quick is the man for relevance that he controls and not the Spirit of God. They having known the freedom of the Blood seek now to receive payment for it with the suppression of the Truths of the Kingdom. They are the anti-christ.

No other source but the Word and Christ. We who profess the Salvation of the Cross ought not to listen to men but be grounded in the everlasting foundations of God’s Kingdom. For by the man we became lost unto death, but by the Spirit were we and are saved from our own devices of destruction. So choose who you hear less your Salvation becomes the world’s and not from God. 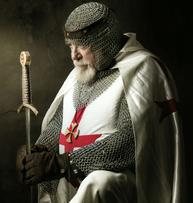 About
JESUS
Be not Offended !
Vanguard !
View on Mobile