The joy of the Lord is the Vanguard’s strength and resolution to His Glory. Joy in the knowledge of Christ’s coming which will be as fire to aged trees burning away it all to reveal the life hidden underneath its broken branches. The renewed life that was sustained under the weight of the dead things with the Hope of Glory that is in Christ Jesus. March on! You Vanguards and let not those who circumvent the Word for vanity deter what Faith has called you into. To be the Vanguardians of Christ’s Divinity. For only are we made Sanctified by Christ and not by man’s flesh of hatred and dominion. Many have been deceived by their own lust for a cross. For Christ’s fruit was love in boldness and not hatred, by the love of the flesh. For none of us will be perfect until He has threshed the floor of ignorance and has purified us completely with His Spirit. For we are imitators and not originators of Christ!

Christ Vanguard’s stand steadfast as this world turmoil’s onto itself. For if you be Christ’s Vanguard, then this is your mark to march forward and with determination forge ahead for Christ. For you have been given His aid of the unseen and with every horizon, is the way made clear. For the Vanguard knows the mission of Christ and with all strength have we overcome all that attempts to avert the Truth of Christ and the Truth of His Kingdom. For He sits in Righteousness not before but to the side of the seat of Grace interceding for the weak who have yet to take up the charge of His Vanguard. Do not mistake Grace’s compassion for His commission, which Christ started and we, the Body is to cultivate and harvest. For God favors those who justify Christ not only in words but more so in action. The action only Christ’s Vanguards are called to do. The Vanguards of Christ’s Salvation!

Be the Vanguard! The Vanguard of the Truth of Righteousness. All things work for those who are in Christ Jesus. For as John was Christ’s forerunner so is the Body for the Lion of Judah. As many look for signs for a decision, the Vanguard ought to be marching forward waving the banner of Christ. For His arrival will not be denied nor will His judgment be weakened. The Vanguard is Christ’s conviction of Salvation and His Truth in obedience. For His law is of the Spirit, having no shadow to it and no carnality in it. For flesh will always be flesh and the Spirit; Spirit. Howbeit then many doctors do not see Christ the Word and God the Father with the Holy Spirit active between both?

Archives
ALIVE
Put on Christ !
Be not confused !
Salute Him !

For did not God see His Spirit above the deep and did He not sent the Son of God to be the son of man. As one waited; the other was sent. Waited for the Anointing to be activated and sent to be present and in all the one true God observed. God through one and in all. All to be the Vanguard of His Revelation that man did not eternally die due to sin but remained alive sleepwalking, despite it. And that by deception was the man lost, for God cannot indwell where disobedience festers and decays. For what is dead cannot be of God. 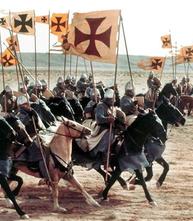 Engage !
Previous
IS
About
JESUS
View on Mobile