Faith not fear !
Be Thankful !

Wisdom is the prime thing not from this world but by God’s Heavenly Throne. Have not you in Christ been signed by the Risen Cross of eternal life? Then have Godly wisdom in and out of season. For Christ is no longer required to be the slaughtered lamb but is now the Lion of Judah. And His fear is greater than His roar! He waits to partake in all that His bride has taken for His prize. So prepare, for the season's harvest comes and will not be denied to those who by early light is alive in Christ.

Having not seen so is to be the greater Faith; for the carnal eye does not believe what God has done invisible by His Spirit of Grace and His still voice makes all towards His Kingdom’s Glory. Alleluia! For all of His Spirit is our wisdom in this age and by its saturation do we remain hidden under His wings knowing by His time are we placed for purpose. Yet without the Spirit are we made as the dust in the whirlpool of irrelevance having no focus or definition. Wisdom is the prime thing!

You have been given Pentecost so by the tongues of fire do we endure this day only to look forward to His Day of consummation and with the Lord of the ages are we guaranteed Victory over all that seek to be lifted higher than the Name above all; Jesus! So fear not; for have not God so generously placed His very Host at your disposal? Then fear not and be not weary in the good works of His Righteousness cause. God; to be the Glory. For great things, He has done!

Neither look to the left nor the right but straight up and see His hand move. Plead the Blood! Plead the Blood! For surely, God is not a mocker of His Throne and will make all haste for your good and His will. Wisdom be in your hearts and let not any of this world takes its place. For in this world there will no light but only that ember in your heart ready to shine by the Power of God's Glory to safeguard you and those in need of Salvation. Fear not for Godly wisdom will not fail but every man’s construct in these last days for God’s illumination is the prime thing.

Engage !
Rest !
Previous
IS
Be Grounded !
About
JESUS

The flesh is dead and the Spirit is alive! Give not the flesh it's crave for the things of darkness, but with every breath take the wisdom of God so freely given. God withholds not so why do you the Body take not. Take it for His promises are to be received in all their Glory.

How be it that many of the Body is feeble and cry onto Him who has not only shed Blood but has raised us into places of Heavenly gain? You are Christ! For in Him is our Powers and Principles. Christ in you and you in Christ by He; the Spirit counsels and guides. Take what has been risen and not have partiality to the dead things but be alive in Word action to His Glory and Praise. 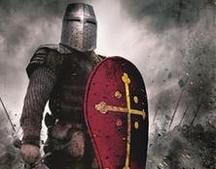 Be not confused !
Behold Him !

Archives
ALIVE
Train up !
Salute Him !
Put on Christ !
View on Mobile