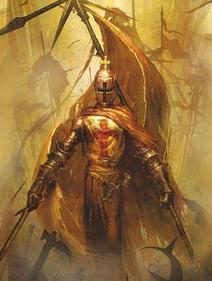 Be not confused !
Rest !
Be Thankful !
Salute Him !

Some by abandoning of the Spirit say He was but the Christ. Then who is Paul but by the Spirit endured all the same affliction and even more and having pleaded to God and Christ’s seat of intercession for aid is left with Grace to bear his inflictions. Paul then as we are is but Christ in this world of unrighteousness as a shepherd for the lost and those blinded by its lust. For the heart of a shepherd is not a lamb’s meek and mild but a lion’s full of vigor and strength ready to put down all those spirits seeking to exalt their principalities of wickedness above the Throne of God. For we are called as Christ to die to this world’s constructs and be in perpetual Righteousness to the Praise, Power, and Glory of God.

The Spirit is God and He will not allow evil to overcome Him. Then we who by the Spirit walking in discernment ought to know the tests that so blatantly expresses themselves having been tainted with worldly fears and disrepute. For fear of this world is never Righteous before God even onto the loss and death of the body. For Christ having taken all that is fear to the body, mind and spirit has placed it in subjugation to the higher authority and Power that operates not by this weighted and rudimentary flesh and elements of corruptibility, but by the Spirit that knows no limit whether in the Heavens; above and in the Earth; but with exception, the will of God. And His will is Victory over all that raises its serpent’s head of disobedience. Lessen not the Spirit that empowers you into Victory having no regret or chains to the carnalities of this world.

Know not that the world seeks you out? And only by His image are we able to overcome it! For does a lamb stand its ground? Or does it hope in the shepherd to defeat all adversity that comes to take its blood. Have you not come to the knowledge by now you are that shepherd of the lambs of this world? That as Christ stood steadfast until the world’s judgment, all who stayed in His wake, themselves stood ground having been set the example, as He was subjected to evil’s onslaught. That He stood not by Grace but by Righteousness. For is not Grace; God’s Faithfulness and Righteousness; God’s manifest promise of Power and His standard for His Kingdom for this world’s light of Glory? We have been made, fashioned and formed into the Righteousness of God by Christ Jesus and His Spirit of works!

Remain in the Spirit less you become as the world twirling into chaos and the darkness of dismay, for in these times are you tested to chose right or wrong; darkness or light; the Christ or the devil. We who by oath gave to His Cross of redemption are Standards for the lost and blinded ones of this world. Christ be in you for only by this can you weather the storms ahead that looms to break all Rightesousness we have been called into.

Behold Him !
Train up !
Be Grounded !
View on Mobile