When we let go by the Faith ingrained in the Word, we have Christ in us for He is the Faith of the Father manifest for our benefit, Hope and Trust to know He also walked among those of a dark season having nothing of kin but His uncompromised Faith in the eternal Throne of a Kingdom filled with the goodness and the Righteousness of Glory. The enlightenment of Truth and eternal love! Yet, being of this Glorious Kingdom did He subject Himself to this world’s ignorance and spiritual blindness by obedience to let go His rightful seat for worship and adoration. He who was made for God’s imagination became the least as a servant to the cause of Righteousness not for His but our sake, whom many are lost to the depravity of evilness and disobedience. He did this by letting go His rights of birth and sovereignty!

Have we not Triumph in Christ? Not by His fearsome host but by His manhood. Of flesh that came under the authority of Spirit and that His works were guided by the same. Did He slash by the sword or did He not divide with the impunity of Grace all that God ordained? And by this, did He place bias on our perspective to control or to be free from all that this world entangles into its lair. For what is placed in secret will be revealed the more it is weaved into darkness but what is brought into the light becomes cleansed and Sanctified onto God’s Glory not able to withstand its Power and Principles of the Kingdom. Therefore be prudent with the lamp of the body not in immaturity but as a heir of the Kingdom. Know that in Him are we covered till the Day when all will be set on the straight path of Righteousness and that we who walk by Faith and not by sight are in obedience to let go!

About
JESUS
Be not Offended !
Train up !

Deep in the spirit, I cry! Cry to see this world go down to death and it rages within me to fight. For how can the highest of His image do the things that only take them down into the deeper depths of the cruelty and debasement of darkness? My flesh boils, my mind is wrapped in turmoil and my spirit is in anguish of how lessen His image has become in all this tragedy of chaos, pain, and unrighteousness! I have one recourse; one thing to do; one vision to hold firmly to, and that is to let go. Let go!

Faith not fear !
Be Thankful !
Be not confused !
Behold Him ! 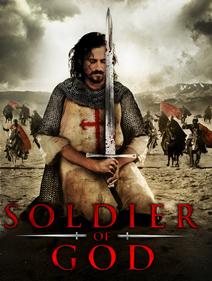 Previous
IS
Vanguard !
Rest !
Salute Him !
Be Grounded !

Let go of it all! For are we not commanded to do this and if by love for God and man; then the election is to only abdicate all that makes me in fear and agony. Of not being in control by the world's standard, but only by the Spirit. For herein is our Faith that in Him is all things that in the mist of darkness does glimmer His light of Hope just as the heavens are filled with stars that beckon our attention, so is our Salvation. We only need to look up and soon enough all the weight of this world is replaced with the wonder of His Glorious firmament. For nothing is impossible for God. So with Faith in arms; we let go and let God go; for He surely will not abandon His love for us and the sacrifice made on the cross of Christ.

The Prime Thing !
View on Mobile