Many of you who proclaim Christ have yet to take up the banner of He who by example showed us a very good work. That is to lead from the front. For He knew us before the foundations of the world and by His Blood did He purchase our freedoms. He left His Throne of Righteousness, so that by Grace are we called His brothers and sisters not as slaves to carry as beasts of burden, but in arms; in support of each other and His declaration; that Christ is revealed to all. Too often having received the Blood of Christ that we keep it to ourselves, because of its comforts like a warm blanket we grip it so tightly covering every part of the body and curled up into satisfaction. Don't we know, the warmth is for the Blood that now courses through us and is that which activates our actions, not to be at rest but for the expressions of Christ's care for the body and those lost. For all are called for this purpose; to share the Christ and His Blood of life, which has replaced that dead blood which once coursed through our bodies.

Then, if of these things, there can be no more tripping over those things that hinder our way, but with every perception and discernment do we recognize that of hindrances and avoid them altogether. For does a man having been given a flashlight, now through ignorance and forgetfulness stumble across the darkness. Indeed, No! The light is ready for its purpose, only at the actions of its user. Let us then be men and women of action and if so then lead from the front as anyone with the light.

To lead from the front requires bravery and those in embraced arms cannot sustain those of weak knees. So strengthen your resolve to be counted and with the Word, you will be. For there is no other magnificent sight than that of seeing and tasting that has been won after a fierce battle with the enemy. And to stand tall and noble having the breastplate of Righteousness upright in Triumph and Victory. We are brethren! So share as with bread, the stories small or great, for all are uplifting, of battles won and the enemy shattered and scattered because of leading from the front. In the heat of any battle do we look left and to right to see who are standing with us, for with multiple convictions are we all made strong in view of the enemies deceptions, for he only bloat and shouts to drown out our resolve, but with right actions and determinations do we win over him every time. Then charge with that knowledge knowing he cannot withstand the very Glory that emanates with the declarations of the Blood that was shed and brought back to life, more now powerful and eternally sanctified for the defeat and destruction of darkness. 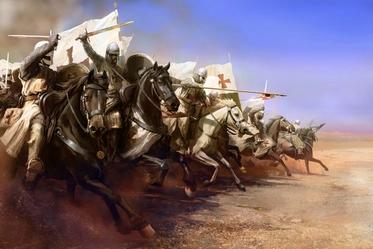 Be not Conformed !
"Stand in Unity !"
Raise His Flag !
Archives
ALIVE

We are Victorious by His works and have been given every component to do as His works did. People who are Victorious do not hide it as a scar or that of shame. We are Victorious! So live it! It is only acceptable that having given us Victory, do we by unrestrain, demonstrate our joy and exclamations to what has been won. As Paul tells us, forgetting the past and press towards the things of God; of Righteousness and His Spirit.

"Expect the Unexpected !"
View on Mobile