Previous
IS
"Expect the Unexpected !"
About
JESUS

"The battle continues"
"Stand in Unity !"
"The Trumpet has blown !"

​In all wars, there are atrocities that mind blows the average person thoughts on what humans can be capable of during times of war, stress and violence. We close our eyes and sway our heads to the left and right in disbelief and disgust. We can’t accept that it is humans who are doing such things. As Christians our perch ought to be clear from the perspective we give such calamity and know the source of it. Paul tells us that whenever the mind is on the flesh, there is death and when the mind is on the spirit, there is life and peace. There is hope. This hope is in Christ, our Lord, and Savior. And do we need a Savior, like now! The world is descending into darkness with each passing hour with everything that has been considered good, turned to evil and evil things turned to good. It is the anti-standard to the things of righteousness.

Yet, in all that is disturbing in the world, at home and aboard; by Faith, God is in control as He has been throughout all the ages. So much so that as Jeremiah states; God’s tells us His thoughts towards us, “plans for peace, not disaster, but hope and prosperity”. God knows well why there is such destruction on the earth as from the beginning of time. Here is what else He knows and we should know. Sooner or later, as satan continues to churn up sin by the confusion that has plagued man to cause death and destruction, He will intervene, just as He did when He resurrected Jesus from the dead. So will God, resurrect us from this dead and evil world. He will do it, because that’s who He is and that’s His promise for all those who call upon Him, to His Glory. We have a choice to partake by focusing on what’s happening in the world, feeding our mind, body and spirit with every news of death, destruction and disaster or partaking in God’s divine plans for protection, peace and purpose giving our make up over to His Holy Spirit to guide us through these times and in the preparation of Christ’s return. 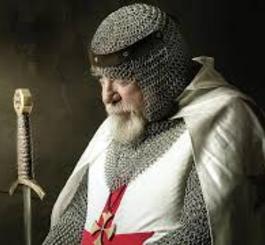 "His Grace be with you"

Be sober, for Jesus is coming soon. Whenever the news is watched, even on Christian shows the focus tends to be on tragedy, chaos, and destruction. Of innocent men, women and children dying in the crossfires of political and religious agendas. Many say, this is no different in decades gone by and that historically the world is at war somewhere. They have come to accept it as a norm in human evolution and psychic. There are empathy and cries for the dead, dying and suffering and thousands are ready to give their opinion on who is good, evil and just plain greedy. The world as we know it has gotten more violent with atrocities that are unmentionable in certain circles and considered politically incorrect to call it for what it is. The death of humanity.