Fill up on the Word for sooner or later they will used to deter your Faith in God. We must expect words to be used against us no matter where or who we are with. It’s satan’s prime method of deceiving man into sin. He does this by appealing to our ego, pride, and hurts. Every day, we prepare for the tasks at hand maintaining composure but sooner or later without keeping the promises of God and practising our Faith from our heart, we become subjected to words that instill doubt, fear, and even death. It is why “from the issues of our heart is life or death” and “where our heart is, so is our treasure”. Our hearts are filled with the words of our medications. Another way of saying this is, “whatever we say or hear goes right into our thoughts”. It is here that without prudence these thoughts produces actions resulting in life or death. We are the holders of our destinies. 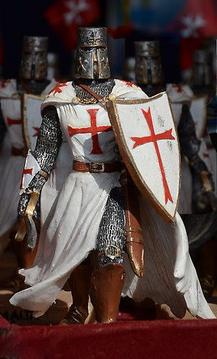 About
JESUS
"Stand in Unity !"

Archives
ALIVE
"His Grace be with you"

Often, we hear stories of people including Christians dying from depression, anxiety or tragedy and we express empathy with the families at their loss. Many look to doctors, pills, and therapies as the solution to their ailments not thinking that it's in their very hands (minds) to once and for all put to bed the facades of sin. Why facades?  As Paul and the Bible say, “we have been redeemed from the curse by the stripes laid on Jesus’s back, so no more form of curse should be upon us especially in the Christian’s life. It only happens because we take it just like everything else by Faith, many times subconsciously especially when it comes from people in authority. The enemy deceives us with facades of words and pictures, causing chemical reactions within our brains that produce stresses and as this becomes compounded over days, even months take over our rational thinking, like a police officer shooting innocent people even though his eyes tell him there is no danger but built up and deep rooted fear causes him to overreact and before you know it, he shoots.

These curses are of words like when someone keeps telling their kid, they won’t amount to anything and that very expectation comes to pass because that’s how the kid see themselves. Any word spoken with conviction orders the angels into action. Righteous words for God’s angels and darkness words for satan’s. We see this commanding in Jesus’s life including when He spoke directly to evil spirits.

We cannot prevent or hide from negative words spoken to us by our enemies or our loved ones including Christian brothers and sisters who should know better; not until we all come into the knowledge of our power and authority as given to us by God. It is why Paul encourages us to only speak words that uplift, edify and give life. With enough practice and righteousness, this can be done. But we must also defend ourselves against curse words by the demand of our Godly image that we are above and not beneath; the head and not the tail. When we are in the world and subject to face attacks from any direction we arm ourselves with positive words to defuse the negative spoken against us holding tightly the promises and the description of who God says we are and who we belong to; giving us plans for peace and prosperity.

"Overcome !"
"Make it your Day"
"The Trumpet has blown !"
"The battle continues"
"Rejoice"
View on Mobile