"His Grace be with you" 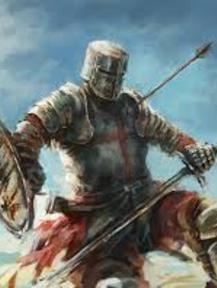 "Make it your Day"

Let’s be real. Who among us is quick to forgiving those who offend us freely if not by the Word's sake and even more by betrayal is the offence made greater, thus breaking the bonds that are so tentatively held. Better to steal because of hunger than to betray and be labeled a traitor to the righteous cause. How much more a God who sacrificed His beloved Son and with open arms; held nothing back, having long-suffering regarding our childish behaviors and yet, still holds us up in high esteem in His Kingdom promises; should not He be more deeply cut with hurt at not only the loss of the saved but grieved to the damage by such dissension . Our God has feelings.

By His Revelation, we know just how distasteful for Him is lukewarmness and yet the greater crime to His person is the irreverence demonstrated, just like the same started by one of His own, close to His seat and the cause of all this distress, which demanded His personal and intimate blood as the payment for all His creation. Do you not know by the same act as he who fell from Grace, by their defiant will, pierce God with the same betrayal, and that the offender is placed in the same eye as with the father of darkness and as such will face His full wrath so held for thousands of years. Having no regard for God's eternal mercy and compassion for acts of frustration mired in impulsive actions by man. He is always ready to hear the plea for forgiveness at the throne of Grace. For He, Himself has warned us so as to keep us captive until He comes by his Word. But they purposefully and by the knowledge, they know of His Word, having discarded His Love like dirty rags, are condemned having no defense for such unrighteousness in turning back to darkness, even though having known and seen the very Light that called them in the first place. God by the Word that upholds His very throne and actions to honor His decrees both for the saved and the unsaved, being witnessed by Heavenly bodies and all who by their sacrifice propagated His will in total obedience, has no repeal but to stand for justice, for the time of appeal is soon to pass. For, He cannot deny Himself lest He is labeled as a betrayer to all Righteousness.

So, persevere in all the delusions that beset the world holding on with the grip of life itself, feeding on the Word and His promises. Be ready to walk away and have the world behind with the cross in front as our shepherd leads to complete Salvation. Hold strong, build stamina and discipline, knowing that all over the world, there are brothers and sisters clothed in this same blood of Christ enduring the world in solidarity, running the race as Paul states to win and receive the prize of Glory.

Don’t give in. Of all the biblical verses, the one that is the most disturbing is the prophecy, “except there come a falling away first” before the anti-christ is revealed. This falling away, of course, is referring to those having accepted Jesus Christ, also coming to and fellowshipping with the church and may even have been a channel for others to receive Salvation; have turned their backs on God. They willingly desert all the foundations put in place for them. This falling away is not just about those losing their Faith and are now personally liable for their decision by this unfaithfulness, but also the Love and especially Grace of God is no longer available to them and to those who being still on milk may also depart, no longer knowing the trust they apprehensively gave in surrendering their life to the blood of Jesus.

"The battle continues"
"The Trumpet has blown !"
"Expect the Unexpected !"
"Fill on Words !"
"Be Sober !"
"Arise !"
Archives
ALIVE
About
JESUS

"Overcome !"
Previous
IS
"Just do it !"
"Rejoice"
View on Mobile