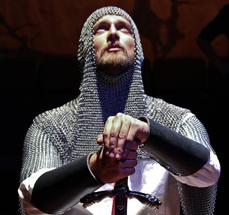 "The battle continues"
"Stand in Unity !"

Be Sanctified so to thwart the devil and his devices. Keep Holiness the attitude in your outlook and not as a badge worn for all to see.  Avoiding things and those lost to this world unless so trained up to not be clouded in your convictions. For we are called the sons and daughters of a Righteous Kingdom. A Kingdom dispelled of any darkness, irreverence or deceptions.  I know we must face the world on a daily basis as having to go through occasions of temptations, trials, and tribulations. Only to have to cleanse our bodies, minds, and spirits from the weight of the world.

For renewing of the mind, as Paul instructs is not a one-time event but a constant feeding of light to suppress and vacate any infringement of darkness into our bodies, minds, and spirits. With frustration, then appeal to the one who bore the very same things and overcame as we can overcome anything from this world. For in Christ, we can do all things. We are not alone.

About
JESUS
Be not conformed to the trappings that so plague and saturate every aspect of this life but with all things stamp the love on them so given to us by God. For His love conquers all and darkness has no ground in it. Keep your focus on Him who is forever enthroned in the Heavens for by His reign are we made His Righteousness and Sanctified for all His good works. We are not alone in this and in bearing the time Faithfully; we have that which is being redeemed towards the established and the fulfillment reward. Which is the Heavenly gold that outweighs in measure to that of this world, and surpasses in every aspect in this and Heavenly places. For He paid the ransom in full, not by plan, and delivered us from our oppressor of the darkness, and by this guarantees our freedom from the shackles of the world. There is no more ransom.

But many of you, knowing the pain that self will inflict, continue and still seek bondage even though having been freed; test liberty as a moth to a flame. Do we not yet tire of this world and of its false promises and with earnest anticipation look up for the Heavenly Glory to be revealed.  For I cannot bear to see our numbers suffer and His legacy tarnished because so many fall into darkness being purposefully naive to the lures of satan, shaking the righteousness that is their birthright. Having won the Victory many walk and think as a man who has lost his limb, hungering for its return and reminiscent the love and absence of it. Yet, the Word tells us to cut off that is sin; for its better to be handicapped so as not to lose our just reward of Salvation. If we accept Christ then why seek His opposition. For how can oil and water mix, for will they not separate eventually? Then seize the day for as the world promotes globalization of renouncing your citizenship, to be common as to a part; God gives uniqueness towards unity; each filling a small or large part and yet have the same reputation and credit as a whole. So fight the good fight, be counted for we are not alone.