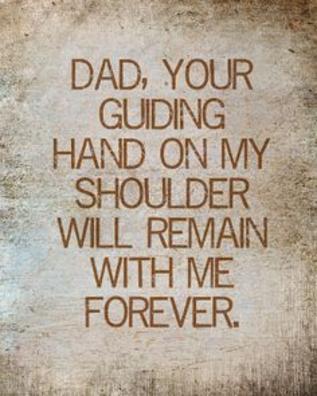 You want honor from your kids, God; rest assure will give it to you when as fathers we honor God. To honor is more than just recognizing the Father as God, but to embrace His very nature, will, and perspective on all things. It is to love Him without any conditions. Isn’t this what we as fathers want from our family, especially our kids. To know they behold us with respect, understanding, patience and love. This is why Jesus with the two main commandments engulfs and overshadow the other commandments. When as fathers we administer our fatherhood as God, the Father has and does; then we ourselves will have earned the honor, love and admiration that He has. 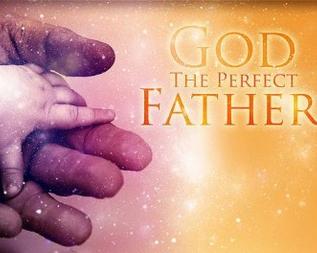 The Christian father is strategically placed by God as the sower of righteousness. He is first that farmer within his household but also a prime hand outside his home, especially in the church. There is no better or epitome example of the Father manifestation than that of a Godly father to his family and the church community. The fruit of his righteous labors or lack of it does not lie but becomes a sample of true fatherhood or for that matter, a fatherless example for others. His family will be the evidence and his reflection of kingship, servanthood, and manhood. This starts with discipline, holiness and knowledge and compliance to the Word. The father ought to always seek to set the right example regardless of peer recognition or even their families approval. A father is like a farmer given land to plow, sow, reap and establish his name. In order to do this,

There is no other relationship that stirs so much connection than that of having and knowing a father. He is the icon for every child that is born into the world no matter the origin, social or economic status. He is to be the example. Now, there are some pretty bad fathers out there but never the less good or bad, they are the example for any impressionable child even if the child is not of his lineage. A father brings connotations of completeness, a heritage, and even an immovable object. For some of us our father is known for a strong will, a creative force or just plain ole Dad. Fatherhood is not synonymous with being the parent of a child but it is earned by experience, knowledge, action, and responsibility. It is a father's day whether we acknowledge it or not because he is constantly instilling values each and every day of his life.

It is significant that God is also referred to as the Father and that as all fathers; carries and disperses the seed for and into the life of others as well as the world. He does this by his words and actions, his vision or their lack of and he does this by just living his life. He is the sower. As in ancient times and today, a man is a father to many whether he knows of them or not. Through a traditional marriage with kids or even as a single man with a following; this man is recognized by others as a force in fatherhood respectively. The term father is generally earned from the endearment of his children or his followers. Fatherhood is not a jacket put on just for special occasions but a platform that many seeking guidance, meaning and wholeness look to. This is why God is the Father and His office is in fathers of this world.

FEATURE BLOG: The More it Change, the more it stays the Same !

A father is that source of attention, compassion, reverence, emotional stability, encouragement, wisdom, knowledge, understanding, and leadership. He is that canopy of unconditional love but also the holder and administrator of righteousness. The father should not allow the abuse of his fatherhood by guilt, coercion or bribes but should in all scenarios seek to educate, guide and uplift all his children into their respective roles from a child into adulthood. Within his leadership, he earns trust, obedience, mentorship, service and sacrifice. A father ought to strive for Godly fatherhood as his legacy for others to strive towards. A father has to balance with his time as it pertains to his fatherly community which includes his wife, sons, daughters and extended family (physical and spiritual relationships). As a Christian father, he is the commander of his vessel as well being a support to other vessels buffeting against the waves of life. Jesus became this commander not only for His immediate family, the Jews but also for those who by adoption yearned to have the quality relationship He had with His Father. Every father wants a fulfilled family. A father is a man of God.

Make no mistake as a father we will be accountable for all our or lack of leadership whether for our wife, children or peers within our domain. Our fatherhood is where we are present whether in the home, at church or even in society. Once our immediate family is with us we are a father with power. As our Father in Heaven declares things so do we when we open our mouths or take action on any issue. Sure, not all conversation requires a fatherly input but as fathers, we ought to be mindful of what our family is hearing and as required demonstrate objectivity as well as a righteous bias based on God’s Word. Jesus did as much - Lk. 8:18, “Pay attention, how you listen”. A Christian father has the final word on what is acceptable to take or reject based on the Word, the mission, and divinity of God. A Christian father champions the Word within his family.

1) To be teachable - Matt. 3:15, " But Jesus answered him, “Let it be so now, for thus it is fitting for us to fulfill all righteousness”; telling John the Baptist regardless of understanding to do what His Father has taught.

2) To take instructions - Lk. 5:16, "Jesus frequently withdrew for prayer"; to be walking the right path we all need someone to guide us who has walked before us. This is the value of experience.

4) To respect - Mk. 12:17, "give Caesar what is his and to God what is His"; we all are part of a society and with that acknowledgement of what is due for each role.

5) To face our challenges - Matt. 26:39, "if possible, pass this cup (crucifixion) from me"; by "burning" all escape we become a better person and grow in maturity.

6) To bond - Lk. 22:19, "and He broke bread"; we all need to come to understanding of each other, the sharing and the relationships.

7) To trust - Jn. 14:9, "you see me you see the Father"; without this no mentorship can occur and potential become unfulfilled.

a) He must understand and appreciate the land; it’s uniqueness, strengths, and weaknesses.

b) He then must add, take away and direct the land with his plow considering the contours so to allow effective irrigation, growth, and maturity.

c) He plants seeds that have the chance to be absorb, take hold and develop, mindful of the expectation but ever watchful to adjust, support and embrace any positive changes.

d) He then prepares with vigilance for the harvest because at this stage is when crows seek to destroy all his sowing. He reaps with as much care as he sowed knowing how precious the harvest is.

e) He has harvested and now see an empty plot of land and immediately with wisdom, knowledge and understanding start the process to plow, sow, reap and establish all the good things he wants for his family.

God established the commandment to honor your father and mother. This is the responsibility of the father to demonstrate with righteousness as he would to God, the Father. When children see their father honor and revere God, they honor and revere their father. Yes, easier said than done. The point is the father’s actions do not depend on their children’s or even others compliance but only what he sows, he shall reap. This command is likened to the first to honor God who is the Father of all. The father fails many times but God does not.

Fatherhood comes with the responsibilities of leadership, servanthood, and mentorship. These are his three main offices. Provision and security are also part of his responsibilities only as much it is within the will of God. Prior to Jesus, father’s toiled, stole and killed to fulfill the last two responsibilities. Yet, God from Adam’s genesis has always declared no lack for His people which includes us today - Gen. 1:9-25. God, the Father places more value on the three main offices of the father. This is so for one sole reason that God will be the Father and we will be His children - 2 Corth. 6:18. He has set the “stage” and we are to “play” in it. Now, it may seem provision and security is a priority for any father but as God, this was done so Adam and his descendants would not have this burden and would be free to dominate under the guide of his God, the Father. This gift was lost once Adam lost his righteousness and the curse took over. Jesus ended the curse and reestablished Godly provision and security so men could be true sons and women true daughters of the Kingdom once again. This is one of the prime responsibilities a father could teach his children that as Christians we have no lack - Phil. 4:19 and ought to rest from toiling - Heb. 4:9-11.

Regardless of an absent father in a person’s life, everyone can have a father. It is a choice to seek and find a father figure who fills the void or learn it themselves.  There have been many great men who had no real father but once they made God their Father or even found a fatherly mentor they rose and overcame this negative in their life. A real father emulates our Father in their fatherhood. God, the Father is the standard for the Christian father and through Jesus, His Son all children have a standard in the treatment of their father. This is so, only because God as His Father set the righteous examples that He wanted His Son to observe, honor and duplicate. Although some of have come close, no earthly father can claim perfect fatherhood and children generally do not expect this and is never a criteria to earn the title father. Jesus demonstrated His love for His Father. Consider His actions and disposition

God is the Father and Jesus, His Son. We can also refer to Jesus as our Father because He gave us the life of the Spirit and the resurrection. Jesus also stated as we see Him we see the Father - Jn. 14:9. To know our father external and internal character gives us our foundation of ourselves. It paints a picture of who we may be. This foundation can be positive or negative. Generally, any negative fatherhood is a result of a negative father. It is a cycle that can be broken. A father is by no means perfect but is the only true reference point any child should have. Looking to other sources other than a father only leads to confusion, frustration, and social conflicts. I have heard it said that whenever the father is absent in a Christian family, only 17% of the children make Jesus their Lord and Savior. When the father is present, it is 93% of children who give their life to Jesus. We can’t do without a father.